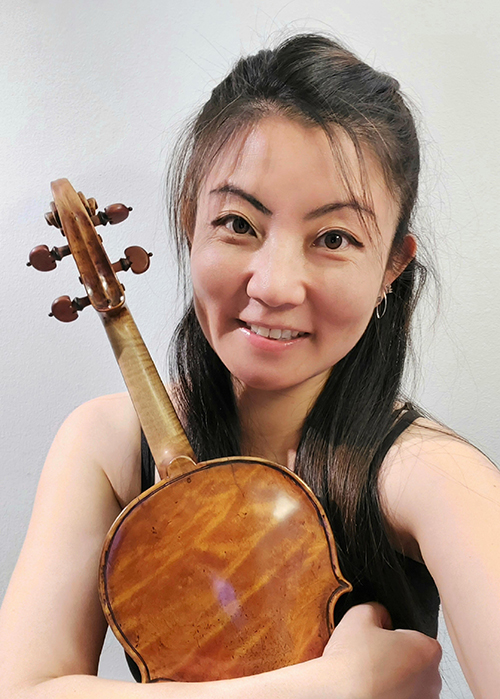 Christie-Keiko Abe is an active soloist, chamber and orchestra musician. She has given solo recitals in the USA, Austria, Japan and Australia. She studied at the Sydney Conservatorium of Music and the Australian Institute of Music, and completed her post-graduate studies at the University of Michigan and University of Wisconsin-Madison, studying with renowned teachers including Harry Curby, Paul Kantor, and David Perry.

As a soloist performer, Ms. Abe has appeared at the Schubertiade, Saturdays at Sherwood recital series, Metropolis Performing Arts Classical Concert series, the Australian Musicians Recital series, the Akademie Konzert series in Austria, the Chicago Japanese American Association Concert, the Illinois State Music teachers Association 2020 Virtual Conference, and the Triton College Faculty Recital series among many others, as well as the  Australian Broadcasting Corporation television network, as well as sound stage for WTTW11 and ABC (American) and ABC Australia networks.

A sought-after teacher, Ms.Abe served as faculty at the Blue Lake fine Arts camp in Michigan, teaching assistant to David Perry at University of Wisconsin-Madison, and a resident coach at the Chicago Youth Symphony. From 2005 until 2010, she served as the Head of the String Department at the Metropolis School of the Performing Arts in Illinois, where she founded the chamber music and ensemble programs. From 2009-2019, She was a faculty member in the String, Piano and Suzuki Departments, as well as staff accompanist at Columbia College-Chicago, where she helped to build the pre-collegiate program in music. Many of her students have been successful at auditions and international competitions.

In 2015, she was awarded the Suzuki Association of the America’s Certificate of Achievement, an award given to teachers who demonstrate outstanding commitments to excellence in their teaching.