Chicago Youth Symphony Orchestras and Classical Kids Music Education have consistently and independently connected the historic, cultural and artistic values of classical music with our youth. Now for the first time, these two organizations have joined forces for a production of Classical Kids LIVE! Gershwin’s Magic Key. The Chicagoland premiere of this concert production aims to provide families with a theatrically-staged and educational symphonic concert featuring the music of legendary American composer, George Gershwin.

THIS EVENT IS SOLD OUT 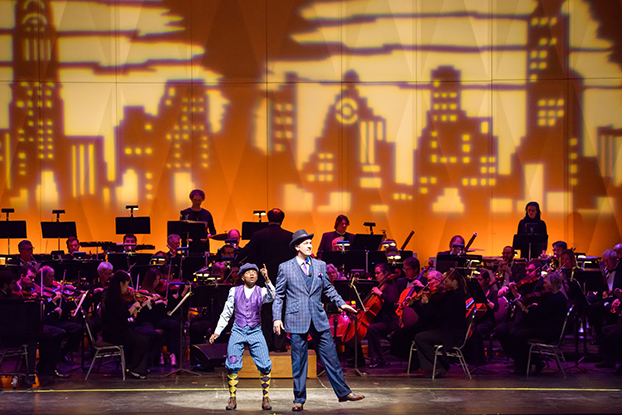 Gershwin’s Magic Key tells the story of a chance meeting on the streets of New York City between a poor newspaper boy and the great American composer, George Gershwin. The orchestra magically weaves Gershwin’s greatest hits into the drama as the master composer shares historical anecdotes about his life and musical passion. A bonding friendship develops as they explore the vast melting pot of American music and discover the key to unlocking the boy’s own musical potential.

Audiences are captivated by over twenty of Gershwin’s most popular compositions from classical compositions including Porgy & Bess, American in Paris, Cuban Overture, Concerto in F and Rhapsody in Blue to popular hits from the American Songbook including “I Got Rhythm,” “Swanee,” “Stairway to Paradise,” “Someone to Watch Over Me,” and “Fascinating Rhythm.”

Presenting history, drama, music and fun, this engaging concert is an ideal way to introduce children to the power of orchestral and classical music. The performance is approximately 50 minutes in length and is recommended for audiences age five and up.