CYSO is pleased to announce our 70th anniversary season composers-in-residence: Glenn Kotche, percussionist and drummer for the Chicago-based band Wilco, and Jonathan Newman, Director of Composition & Coordinator of New Music at the Shenandoah Conservatory in Winchester, VA. Both composers are friends and supporters of CYSO—Kotche as a fixture in the Chicago percussion scene, and Newman having been commissioned by CYSO in 2011 to write the piece Blow It Up, Start Again. 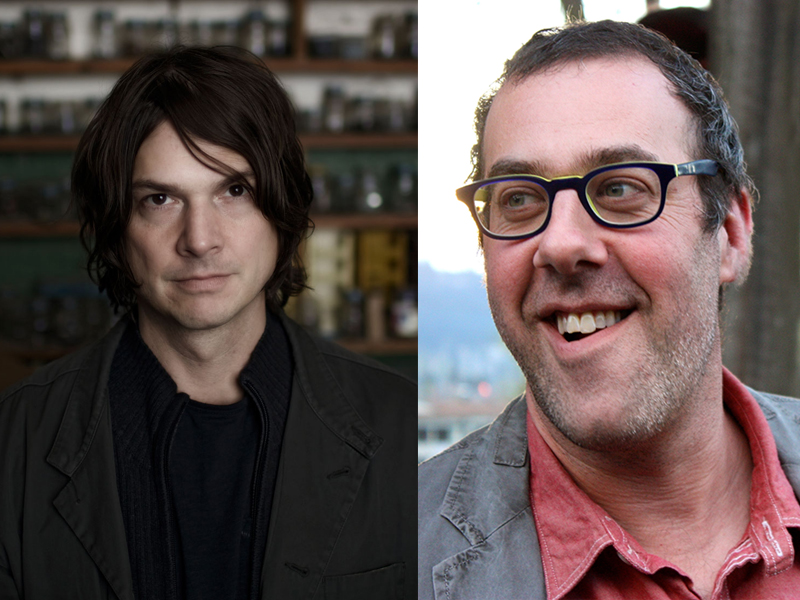 “Glenn and Jonathan are great friends and supporters of CYSO, and we’re thrilled to have the opportunity to bring them on as composers-in-residence for our 70th anniversary season,” said Music Director Allen Tinkham. “Both Jonathan and Glenn are educators as well as composers, and these passions come through in their work. Our students love their music because it is exciting and challenging, and we can’t wait to play the new pieces this season.”
Jonathan Newman’s residency will focus on the first half of the 2016-2017 season, with four performances of his work by CYSO ensembles this fall. A commissioned work for the new Philharmonic Orchestra will have its world premiere at the November 6 performance at University of Chicago’s Reva and David Logan Center for the Arts. In addition, Newman’s Blow It Up, Start Again, commissioned by CYSO is 2011, will be performed by Symphony Orchestra at the inaugural Ear Taxi Festival on October 5 and at the fall concert at Symphony Center’s Orchestra Hall on November 20.  Symphony Orchestra will also perform Newman’s 3 O’Clock Mix during CYSO’s showcase at Midwest Clinic on Friday, December 16.
Glenn Kotche’s residency will feature pieces performed this spring by CYSO’s Symphony Orchestra and Philharmonic Orchestra. Kotche will join Symphony Orchestra on stage at Orchestra Hall on May 21, 2017 to perform a newly-commissioned piece for orchestra and solo percussion. In addition, Kotche will arrange his solo percussion work, Mobile, for CYSO’s new Philharmonic Orchestra for a performance on June 3, 2017 at the Studebaker Theater. Kotche will also join CYSO for composition workshops, percussion ensemble rehearsal, and special events in advance of these performances.