The work of Black classical composers was overlooked for far too long, with many masterpieces under-played or even unheard. CYSO is committed to doing our part of expand the canon and perform works by under-represented composers. In honor of Black History Month, Social Media Team member and Concert Orchestra violinist Laney Kang created this list of four Black composers every music student should get to know, listen to, and play.

As one of the most groundbreaking composers of the 19th century, Florence Price (1887-1953) is known for being the first African-American female composer to have a symphony performed by a major North American orchestra. Her Symphony No. 1 in E minor was premiered by the Chicago Symphony Orchestra in 1933. She serves as an inspiration as she broke barriers both as a Black composer and the expectations placed on women of her time.

Take a listen to CYSO musicians performing Price’s Adoration in support of the #TakeTwoKnees movement.

Compelling film and concert composer Michael Abels (1962-present) is a Black composer, prominent for his Oscar-winning score from Get Out and for being a “Score of the Decade” award recipient from Us. His works have been performed by major orchestras such as the Chicago Symphony, San Francisco Symphony, the Cleveland Orchestra, and the Philadelphia Orchestra. Additionally, Abels is one of the founders of Composers Diversity Collective, advocating for more representation of colored composers in modern media. Read more about Abels, who is also gay, in our Four Queer Composer to Know blog post.

Indulge in Abel’s composition Global Warming, an innovative piece performed by Philharmonic Orchestra in 2019, captured on video by a CYSO parent.

A native of Jamaica, Eleanor Alberga (1949-present) is an exceptional contemporary composer now living in the UK. Prior to her switch to composition, she made a living as a concert pianist. Alberga attended the prestigious Royal Academy of Music and the Jamaican School of Music. Her work has been performed worldwide by countless renowned ensembles including the Royal Philharmonic, Bournemouth Sinfonietta, London Philharmonic, London Mozart Players and the Women’s Philharmonic of San Francisco.

Enjoy this dazzling performance of Alberga’s String Quartet No. 1, inspired by a physics lecture about astronomy and stardust.

Born into the golden era of the 20th century music, William Grant Still (1895-1978) achieved international acclaim through his work as a conductor, composer, arranger, and musician. In 1936, he made history as the first Black conductor to lead a major North American orchestra with he led the Los Angeles Philharmonic. Many of his compositions had influence from jazz and African-American music traditions.


If you enjoyed these pieces, consider purchasing CYSO’s A Celebration of Black Composers album. $10 from the sale of each album benefits Chicago Musical Pathways Initiative, which supports young Chicago-area musicians from backgrounds that are historically under-represented in the classical music world, including Black and Latinx students, among others. The album is available as a cd or digital download here. 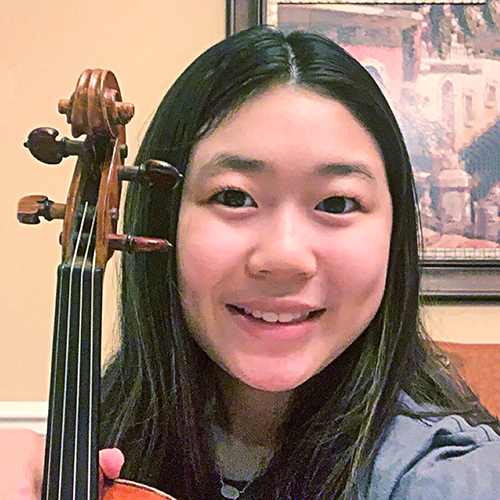 Laney Kang is a violinist in CYSO’s Concert Orchestra and a member of CYSO’s Social Media Team. This is Laney’s sixth year participating in CYSO. She is a sophomore at Neuqua Valley High School in Naperville, Illinois. Aside from music, Laney trains and competes in pointe, ballet, jazz, lyrical, and contemporary dance.