Emma Gerstein joined CYSO as a high school sophomore back in 2002. At the time, playing the flute was simply a hobby among many other things the high schooler from Hyde Park liked to do, but not something she expected to devote her career to. Fast forward 15 years and Emma has played with New World Symphony, Lexington Philharmonic, the Auckland Philharmonia Orchestra, and was recently appointed second flute in the Chicago Symphony Orchestra.

We recently spoke to Emma about her time in CYSO and her journey from hobbyist to professional musician.

What was your CYSO audition like? How was it similar or different from your CSO audition?

My memory of my CYSO audition isn’t crystal clear, but I do remember that many of the standard excerpts that I would later see on professional orchestral auditions were on the list. For instance, I remember preparing the Mozart G Major Concerto, as well as Mendelssohn Scherzo, Afternoon of a Faun, etc. If I remember correctly, these auditions were not screened, which would be the biggest difference between CYSO and any professional orchestra audition, CSO included. Most orchestras hold blind auditions in the first and second round and finals are often unscreened.

Do you remember any of the pieces that you performed in CYSO?

Of course! There were so many memorable concerts with CYSO. Tchaikovsky’s 4th Symphony, Bernstein’s On the Waterfront, Mahler 1, Dvorak 9, Beethoven 7…I could keep going! I think I remember just about every major work we did, probably because the repertoire was still so new to me. It was exciting! I had never even heard—much less played—many of these pieces before. It was around this time that playing the flute became more than just another one of my hobbies, and I think it was mostly due to just falling in love with the music.

[CYSO was] a great opportunity to play a huge variety of repertoire. I didn’t realize how rare this was until I went to college.

What are some of your favorite CYSO memories?

I would have to say our tour to Europe, summer of 2005, just after I graduated high school. We went to Budapest, Prague, and Vienna. I had never been to any of those cities before, and I remember how much I enjoyed traveling and performing.

Emma Gerstein and other students on CYSO’s 2005 tour of Europe.

What is one of the lessons you learned by being part of CYSO?

I was never the “best” flute player in CYSO. It was competitive, as I’m sure it still is. It was great, and humbling, to always hear people who were much better than me. When I got to college, I was already used to this feeling, unlike many of my classmates, who had been the big fish in the small pond. I learned to never get too comfortable or cocky, and to keep practicing.

I think I remember just about every major work we did, probably because the repertoire was still so new to me. It was exciting!

How do you think being a member of CYSO impacted your professional career as a musician?

It was so great to have a place to go every Sunday, and just play music all day long. I did chamber music, then regular orchestra, then chamber orchestra. It was a time commitment, but I had a great opportunity to play a huge variety of repertoire. I didn’t realize how rare this was until I went to college, where there were fewer opportunities to play in orchestra on a regular basis. 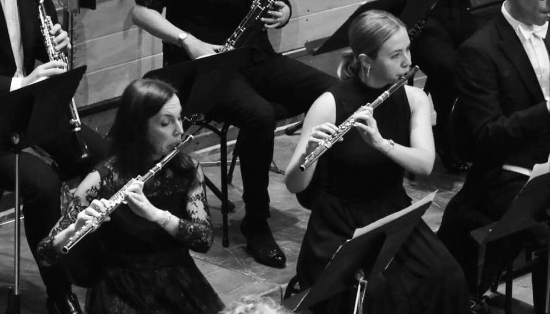 What advice would you give to current CYSO students exploring a career in music?

My teacher from age 8 to 18, the amazing Susan Levitin, gave me the best advice: if there’s anything else you like to do, do it. I’m paraphrasing, but that’s the general idea. This field can be soul crushing. It can also be incredibly rewarding, but the struggle is real, and it’s definitely not for everyone. I consider myself very lucky to be where I am!

Thank you to Emma for sharing her CYSO memories! Check out more interviews from our blog.