On Friday, November 14, 1947, double bassist Richard Davis played in the very first concert of what was then called the Youth Orchestra of Greater Chicago. A shy kid from Chicago’s Bronzeville neighborhood, Davis would go on to play bass professionally with some of the most famous classical and jazz personalities of the 20th century. Now 70 years on from that first CYSO concert, Davis has devoted his life to developing the next generation of young musicians.

Richard Davis recently retired from the University of Wisconsin at Madison, where he served as  Professor of Bass (European Classical and Jazz) since 1977. At UW Madison, he also taught with lifelong friend and fellow CYSO alumnus Lowell Creitz, ‘49, cello.  Davis now runs two foundations focused on topics close to his heart: double bass performance and combating racism. Davis is president of the Madison Wisconsin Institute for Healing Racism, Inc., and founded a double bass conference held each year through his Richard Davis Foundation for Young Bassists.

In addition to his work as an educator, Davis is an accomplished performer of both classical and jazz. As an orchestral bassist, he played under the batons of George Szell, Leopold Stokowski, Igor Stravinsky, Pierre Boulez, Gunther Schuller, and Leonard Bernstein. As a jazz bassists, his performance and recording credits include Ben Webster, Sarah Vaughan, Eric Dolphy, Dexter Gordon, Frank Sinatra, Barbra Streisand, John Lennon, Miles Davis, Thad Jones/Mel Lewis Band, Ahmad Jamal and a host of other notables.

We recently had the opportunity to interview Davis to learn more about how his time in CYSO helped lay the foundation to shape his career.

Davis: It was fun. There was another bass player from the same high school who auditioned also. I don’t remember the piece that I auditioned on, but I do remember that I was excited and not nervous. The audition panel was the conductor, Harold Finch. I remember some of the adult volunteers.

“An orchestra promotes the oneness of people – that we all share common ancestors, and in an orchestra, we’re creating an environment where we can address each other openly and honestly.” 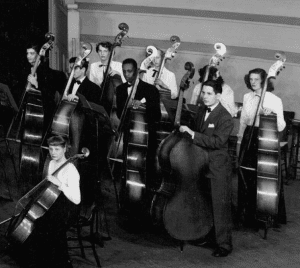 Do you remember any of the pieces that you performed in CYSO? What were your favorites?

Davis: I remember playing the Concerto No. 2 in D Minor by MacDowell, solo for piano. Mayne Miller [another alumni of CYSO’s founding season] played the solo and he wore mittens.

All the pieces that we played in orchestra were my favorite because they were challenging and were learning experiences. At DuSable [High School] we had a band, but not an orchestra. So I played in other orchestras in Chicago, but CYSO was my first high-level exposure to orchestras.

What do you remember about rehearsals?

Davis: They were in the Wurlitzer building. I was a painfully shy youth at 15 years of age and I didn’t socialize hardly at all, so during rehearsals I would stay at my music stand. I was the only black person in the orchestra, and out of 100 players I felt intimidated. There was one woman who recognized that and tried to befriend me but I wouldn’t let her in. Later in CYSO, we went to the University of Illinois together for a concert and I spent the whole trip on the train staring out the window because I didn’t want to talk to anybody. The other student came and sat next to me and I ignored her completely even though I liked her from a distance and felt that she was someone I related to.

After the trip, I heard from her that I had hurt her feelings. I felt so bad that I went to Walter Dyett, my high school music director at DuSable, and told him what had happened and I asked him what I should do. He told that I should start talking to people and from that point I made an effort to start talking to other kids in CYSO. As a result, I met my lifelong friend, Lowell Creitz.

“All the pieces that we played in orchestra were my favorite because they were challenging and were learning experiences.” 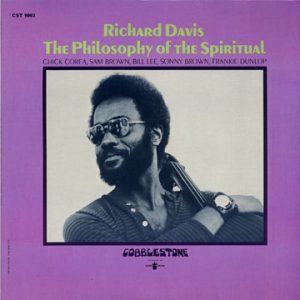 How do you think CYSO is different now than when you were a member?

Davis: I’m happy to see that orchestra still exists. And there seems to be more racial and ethnic diversity, which is wonderful to see. An orchestra promotes the oneness of people – that we all share common ancestors, and in an orchestra, we’re creating an environment where we can address each other openly and honestly.

What are some of your favorite CYSO memories?

Davis: Playing at the University of Illinois Champaign-Urbana. I also loved each concert we played. I remember being downtown and backstage at Orchestra Hall, playing on the same basses that many Chicago Symphony Orchestra musicians played on and what a good feeling that was.

Thank you to Richard Davis for sharing his story. Stay tuned for more interviews with CYSO alumni throughout our 70th anniversary season!