Many CYSO musicians have gone off to become incredibly successful orchestral performers and Beatrice Chen is no exception. As an alumni from the year of 2018, Bea is the newest member of the Chicago Symphony Orchestra’s viola section. She was the principal violist for CYSO for five consecutive years and is a member of the Chen String Quartet. As a member of the Chen String Quartet, she has performed for NPR’s From the Top, Make Music Chicago 2020, and the International Music Foundation’s Rush Hour Concert Series. Social media team members Alyssa Shih and Zhihanna Liu were able to speak with Bea about being a part of a musical family, her experience in CYSO, her time at Curtis, and the CSO.

To get started, can you introduce yourself and how you’re connected to CYSO?

My name is Beatrice Chen, I’m a violist, and I was in CYSO for five years, from 2013-2018. I guess I was technically in the class of 2018, but I didn’t graduate high school because I left early to attend Curtis Institute of Music.

How did you get started playing viola?

I actually auditioned on violin, and I played violin in CYSO’s Debut Orchestra for a semester. At my first rehearsal, I had no idea how to play in an orchestra, and I was kind of freaking out. During break, I was just trying to do what everyone else did. I put my violin down on the floor in the open case, which was a really bad idea. I tripped over it, and it was completely ruined. I stepped on my violin during my very first rehearsal, and I had to use Mr. Gray’s violin!

When I got home, my mom suggested that I try viola. I don’t think they have anything to do with each other, but it was funny because it all happened in the same day! I played both for the semester, and then next semester I switched to viola entirely.

Was there something about the viola that made you stay with it rather than continue with the violin?

My parents are violinists [Bea’s mother Laura Park Chen is former member violin of Lyric Opera and Grant Park Symphony and her father, Robert Chen, is concertmaster of the Chicago Symphony Orchestra], so it felt more natural for me to have my own instrument.

Also, viola is like the middle register. The violin is a little too high for me, and the cello is too low. Viola is the perfect balance of those two. Because it’s in the middle and because of how the instrument is built, every way a person plays the viola is unique and the way they play is specific to their body.

How has growing up in such a musical family affected your musical development?

My parents are musicians, but they never forced me to play an instrument. With musician parents, I got a lot of exposure by listening to their students have lessons. I also listened to music on the radio. Actually, during the pandemic was when we all played chamber music together. My brother [Noah Chen, ’18 CYSO alum] is a cellist, and we all did a lot of quartet playing during the pandemic. I think it’s great to have musician parents. If I ever need advice from them, they’re always there to help me. They can offer me input that’s unique to music as a profession, which was helpful. It’s also fun to play with them!

Did you find it difficult to develop your own style? Everyone plays a piece differently, so was it hard for you to gain independence from the way they would do it?

As I mentioned before, my parents didn’t really teach me that much since I’ve always had my own teacher. Well, at one point, I didn’t have a teacher so I called my mom my teacher, but my parents have always encouraged me to have my own opinions on music, so it wasn’t really an issue.

You mentioned earlier that you left high school early to attend Curtis Institute of Music. How did it feel to be at Curtis?

In 2018, I finished my sophomore year of high school and Curtis accepted me early. My first year, I couldn’t take classes at Curtis yet because I had to finish high school, but still ended up being busy.  I tried to do everything and explore all the different things Curtis had to offer.

Curtis has a really unique environment. I actually felt like I played less in the orchestra there than I did at CYSO. I think at Curtis, there wasn’t very much pressure on me, but the environment made me want to be more independent and forced me to go and seek out what I wanted. The first year, I didn’t take any classes since I wanted to do other things there. I ended up being really busy.

We’ve heard the exciting news that you just accepted a position with the Chicago Symphony Orchestra. Congratulations! Do you have any fond memories of growing up around the CSO?

Thank you! I grew up near the CSO and we would go to concerts as kids. My dad plays in the CSO, so I heard him practicing every night before I’d go to sleep. I’d go to a concert and be like, “Hey, I just heard my dad practicing that!” It was normal for me and a normal part of my childhood to be going to concerts.

What are you looking forward to at the CSO?

It’s been really hard for me to process literally everything that has happened in the past month— leaving school early, since I was supposed to stay another year. I think in general, I’m excited to start my life. For so long, especially during my time at Curtis and during the pandemic, I’ve had a lot of existential crises about what I’m going to be doing with myself and what I want from my life. Going into the audition, I didn’t even think about getting a job. Now that it’s real, it’s been a lot for me to take in, but I’m really glad to be back in Chicago, have a job, learn all this amazing music, and work with all these conductors.

You’ve always played around your family, but do you think it will be different now that you’ll be playing professionally in the CSO?

I haven’t really thought about that. Obviously, it’ll be different since it’s now my job and it’ll be more official, but I still want to keep doing things for my community. I played a lot with my family during the pandemic, and we played a lot over Zoom for retirement homes, schools, and for housebound people. I want to keep doing that. I think that the job will help me to continue doing things like that.

Was community service a big part of your life at Curtis?

At Curtis, not so much, but outside of Curtis I did a lot of community concerts. That was important for me since I got to play live in front of people, which is a really important skill. I got to test out my repertoire and stuff like that. Playing for my community helped me realize that even though I don’t know them well, we still have things in common. It was really valuable for me to realize that being a musician is not just about playing your instrument.

That sounds a lot like CYSO’s mission—learning that being a musician is more than just your skill on the instrument. How did your experiences in CYSO prepare you for playing in the CSO?

CYSO was probably one of the most important parts of my childhood. When I started in CYSO, I didn’t know how to play in an orchestra and I hadn’t been playing my instrument for very long. When I joined, I learned how to actually play in an orchestra. My stand partner – my first stand partner, Samia – taught me the proper etiquette on how to turn the page and where to turn the page. I didn’t even know how to tune my instrument! She tuned my violin for me, taught me how to mark, she taught me what different musical terms meant, such as divisi (indicates a divided part, often in groups of 2 or 4). All of those were really useful skills.

Even in Symphony Orchestra, they teach you how and when to look at the conductor and what your role is in the orchestra. When I first started, I was just playing Suzuki tunes in my room and didn’t really know what the point was. When I played with CYSO, it gave context to all the music I was learning and made me realize that as a violist, as a musician, there is a role I can play. Also, when you play with other people, it’s so much more interesting and so much more fun. I played in an orchestra and in a quartet, which was super fun. CYSO provided a lot of those avenues and opportunities for me to explore.

Is there anything about orchestral playing that you prefer over small ensemble playing or solo playing?

Also, being in an orchestra, you learn to be flexible. For example, if there’s a certain sound color you’re trying to achieve—I’m thinking of this as I prepare Ravel’s Daphnis et Chloé which I’m playing when I sub this week with the CSO—or you want to play really soft or really loud or create a certain scratchy sound, you have to be flexible and sensitive to what the conductor or principal player wants. You learn how to make different sounds in the orchestra that you can apply to your own playing. Being flexible with the conductor’s ideas by trying it like this or trying it like that makes you really aware of everything around you, which is so important!

We are super excited to see you on stage at Orchestra Hall! I’ll be able to say, “she was in CYSO just like I was!” The last thing we always ask alumni is what advice do you have for current CYSO students?

The advice that I have is to be open to anything, whether it be the repertoire you’re playing or the things you do, don’t limit yourself when it comes to the music. See where things take you. All areas of the music industry are valid. Everybody has a role to play that is important, so be open to anything that happens!

ABOUT ZHIHANNA LIU AND ALYSSA SHIH 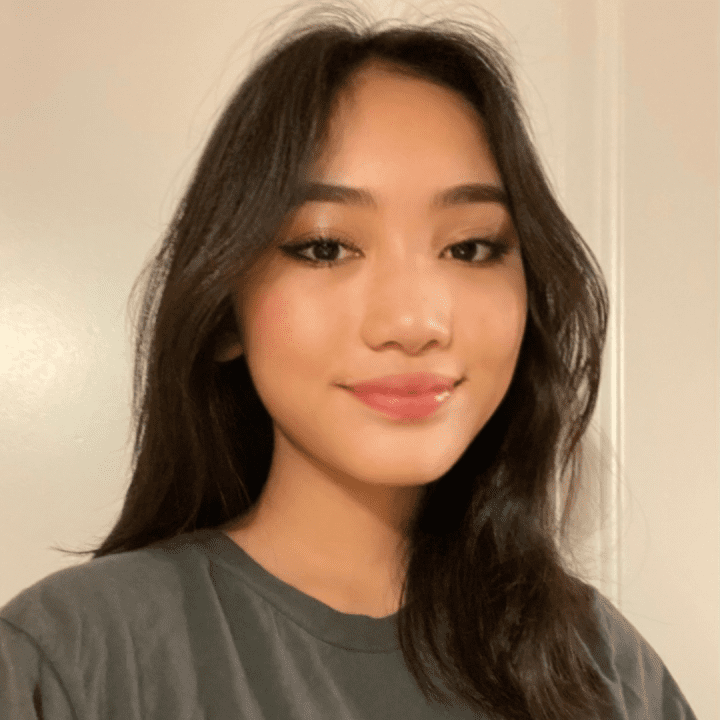 Zhihanna Liu is a freshman at York Community High School and a violinist for CYSO’s Concert Orchestra. This is her second season participating in CYSO. Aside from playing the violin, Zhihanna loves to read, cook, and watch movies. 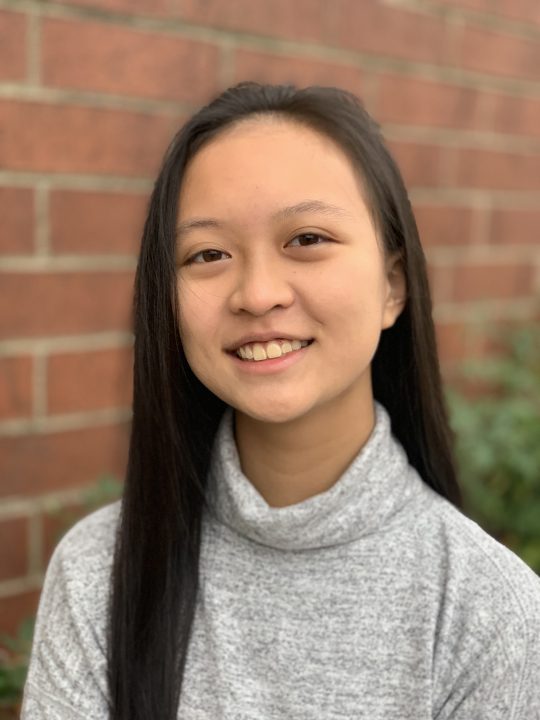 Alyssa Shih is a Symphony Orchestra violinist and senior at Walter Payton College Prep. Outside of music, she book binds and does graphic design in her spare time. Alyssa hopes to pursue Meteorology and Atmospheric Sciences.