As part of our celebration of Arts In Education Week, we’re taking a look at CYSO’s Education Concerts, which engage thousands of CPS students each season.

Each season, CYSO musicians perform Education Concerts for Chicago Public Schools students around the city. These free performances are an opportunity for younger students to attend a live concert, and are often their first experience hearing music performed by fellow young people.
Education Concerts are also an opportunity for CYSO musicians to serve a mentors to younger students. In addition to playing with the orchestra, members from each section discuss and demonstrate their instrument’s unique sound for the audience. Conductors also talk about the composers and history of the pieces the orchestra performs.
During out 2016-2017 season, CYSO Education Concerts engaged CPS students both in and outside of their home schools. More than 200 CYSO students performed concerts for a total of 4,100 young people.
In early 2017, Concert Orchestra performed an Education Concert at Chicago Cultural Center. Attended by more than 1000 CPS 3rd-5th graders, CYSO musicians demonstrated each instrument in the orchestra in addition to performing pieces from their fall repertoire. 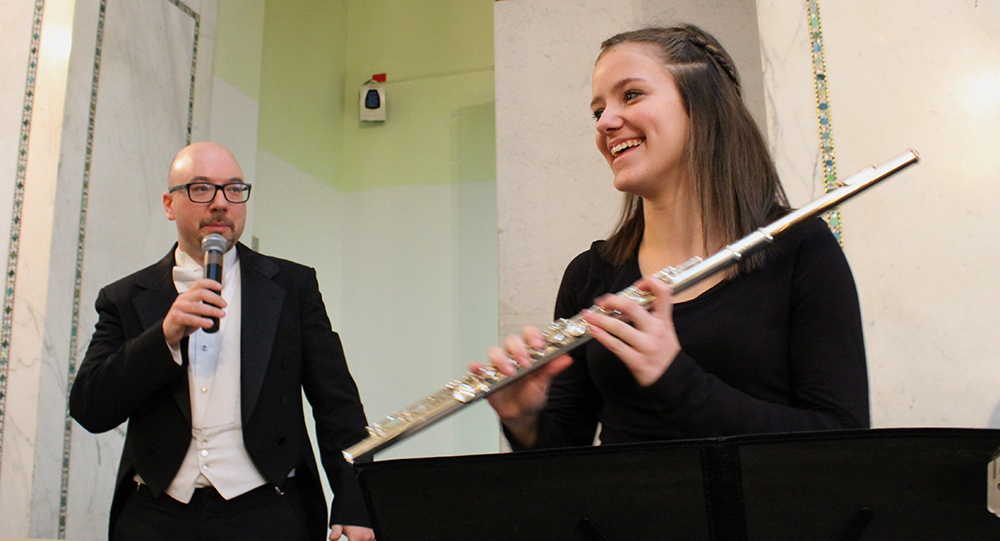 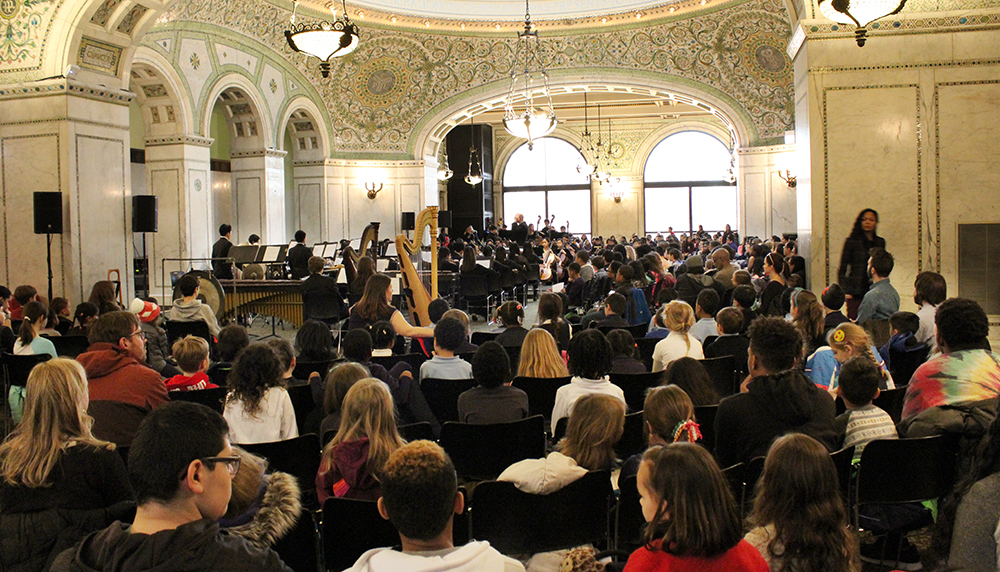 Our Steel Orchestras took their performances on the road, touring five CPS elementary schools in spring 2017. Performers from our Kaiso and Junior Steel Orchestras introduced young people to the music of the steelpan and discussed the history and traditions surrounding the instrument. More than 2,100 CPS students experienced these interactive and lively concerts. 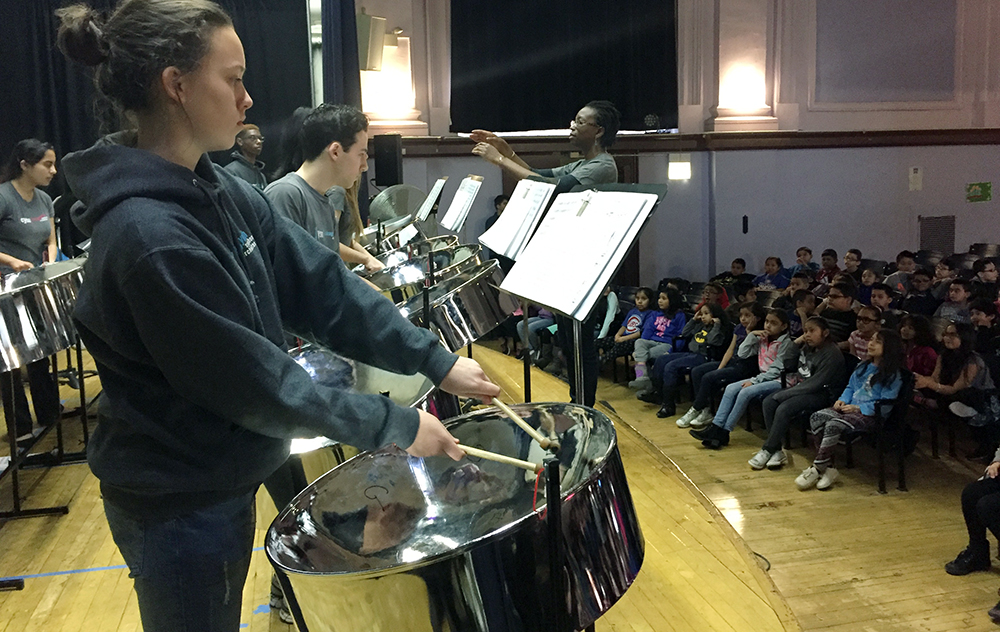 In May, in partnership with International Music Foundation, Philharmonic Orchestra performed at Studebaker Theater for nearly 1000 CPS third and fourth graders. Students heard from composer-in-residence Glenn Kotche about his piece Mobile and performed hand motions along with the music. Select students from each school were also invited on stage to sit in with the orchestra during the concert. Teacher described their  “awestruck” reactions at experiencing music-making up close. 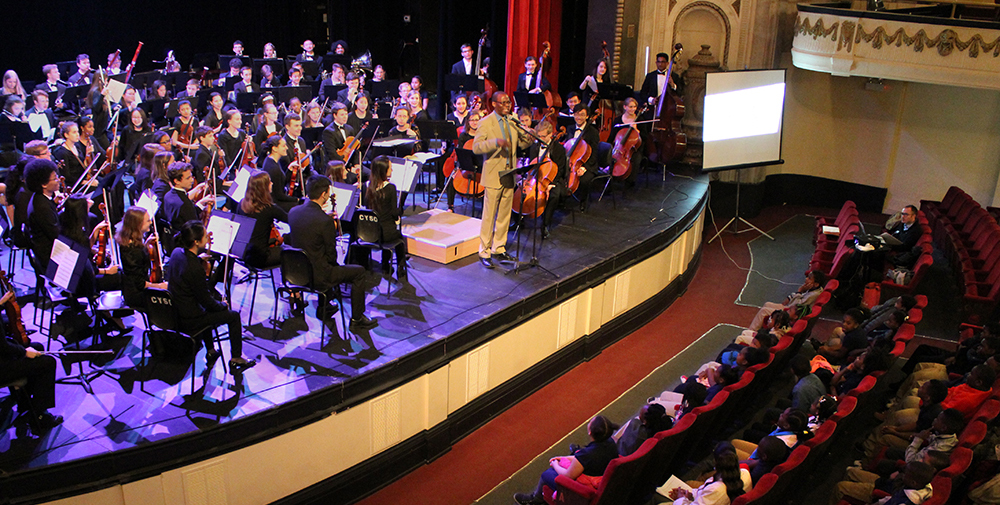 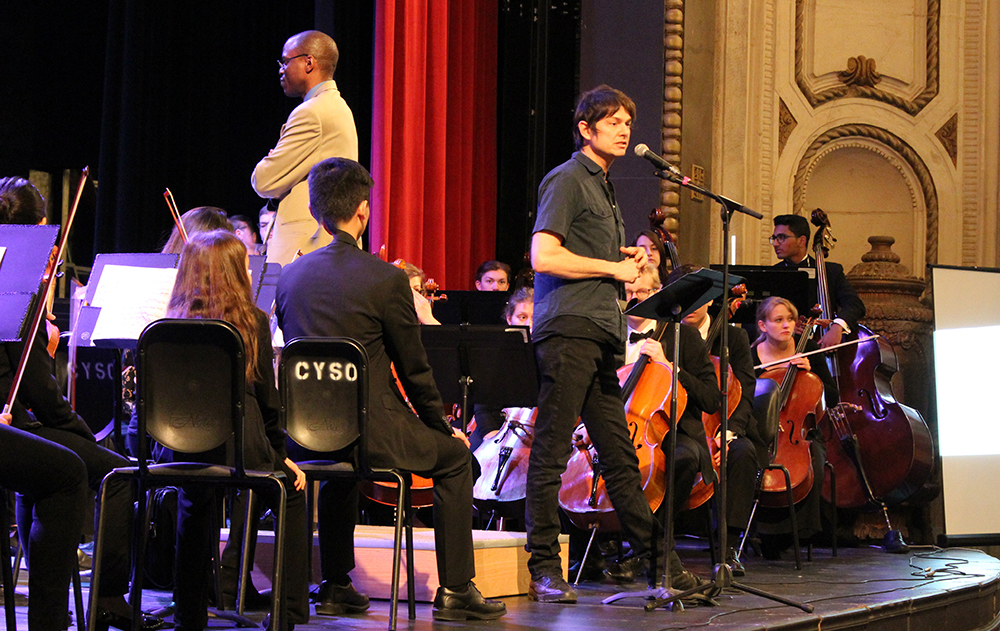 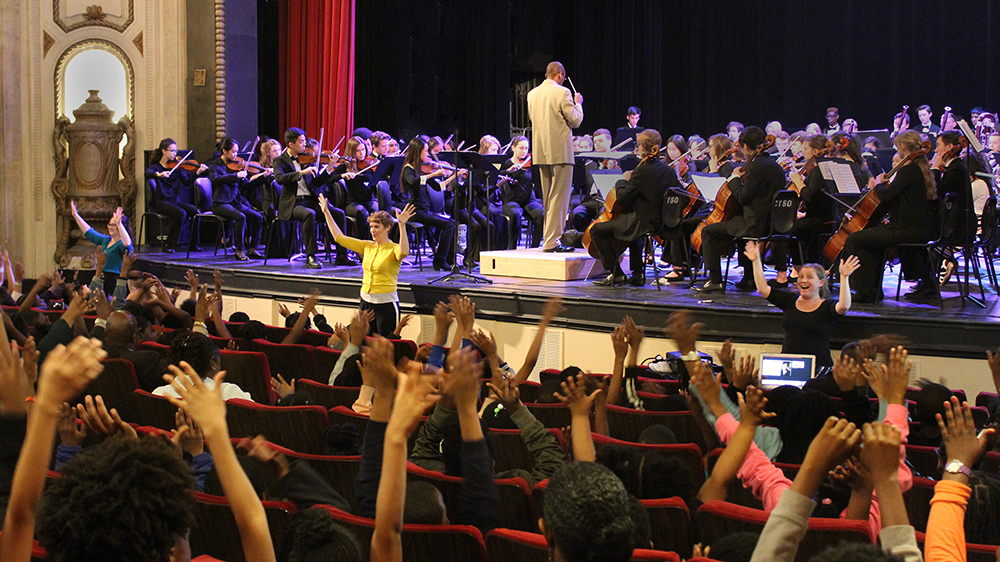 Read about how Symphony Orchestra violist Xinru Li and flutist Jenny Wang learned to be "human beings, not human doings" thanks to arts education and Maestro Tinkham.