“Be a human being, not a human doing.”
Imagine a room filled with 100+ teenagers. It’s nearly the end of rehearsal, and everybody’s been playing for 4+ hours now. The exhaustion is almost tangible; notes are no longer as loud as they were, backs are no longer as straight as they were, everybody is tired.
But of course, rehearsal must continue. And it does. And we all still play, even though our lungs and lips and arms are heavy.
Now, imagine Maestro Tinkham. He must face these worn-out musicians, arms raised, and get them to continue to make music, even though they’re tired, even though they’re losing focus, even though it’s hard. Something is wrong; his arms come down, and he must say something.
He could just tell us, “Don’t rush.” He could say, “Slow down.” And he does. But that’s not what we remember.
Imagine 100+ exhausted kids hearing the words, “Be a human being, not a human doing.”
First there is just silence. Then the words make their way through our tired fogs, and as realization dawns, there are a few quiet “ohhhhh”s that get louder, and then there’s snickering, and then there’s laughter, and then we’re all clapping and laughing and looking around the room to see everybody else clapping and laughing, and Maestro Tinkham watching us, slightly bewildered at our response, and maybe we’re all just delirious but we think this is the most brilliant thing we’ve ever heard.
As musicians, we already follow an abstract path on the road to human productivity. Music cannot cure cancer or build rocketships; in essence, music does not do. Because of that, music must be so much more.
Arts education does not teach the technical skills required by humanity; it teaches us how to be humanity itself. 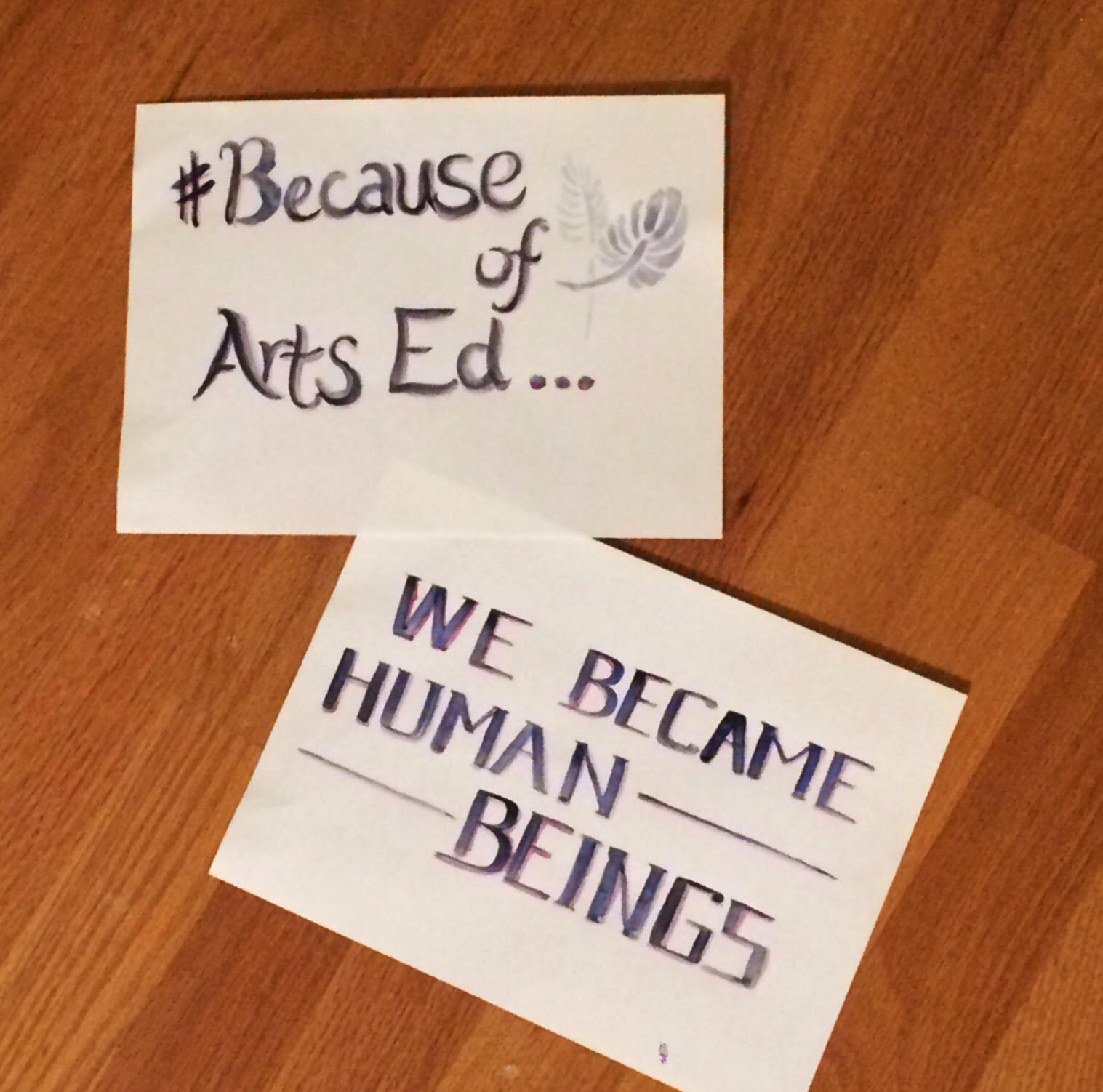 Consider the Orchestra. 100+ kids, each with their own talents, trying to fit together to create a united sound. A society in miniature. Each musician has to first meticulously practice their part. The skills an individual acquires to partake in society. Then, upon playing in an ensemble, adjust their sound to those of their fellow musicians. Adjusting one’s skills to function within a society. Finally, appreciate the beautiful music made possible by each musician’s efforts and each instrument’s unique parts, to really make the music alive. The final step to being a human being, which is never complete, just as a piece of music can never be complete, that we all strive towards.
In his book “The Power of Habit,” for instance, Charles Duhigg explains that the willpower it takes to learn a musical instrument – the meticulous practicing, identifying and adjusting errors or unsatisfactory notes – spills into other areas of life, allowing students to develop good habits in areas outside music. To conduct research, for example, you need patience, attention to details, and creativity. To run a country, you need to be able to work with others. So in some ways, playing in an orchestra might actually lead to finding a cure for cancer, or fostering world peace.
Or maybe not. Maybe the arts don’t have to lead to those ends. Maybe, on its own, music and art fill the gaps between science and technology and tangible progress, to allow us as humans to slow down, enjoy, and marvel. To just be.
In the end, playing in an orchestra teaches us not only how to make music but also responsibility, collaboration, appreciation of others, and so much more that is essential to being a human. We are most human when we express ourselves, and the arts give us a way to do just that.
Because of art education, I became a human being.

This blog post is a collaboration between Symphony Orchestra flutist Jennifer Wang and violist Xinru Li– in itself a representation of how the arts foster collaborative creative spirit and connect people.