Kaikhosru Shapurji Sorabji was born Leon Dudley in Essex, England. He was an English composer with a mixed race background, born to a Parsi father and an English mother said to have been of Spanish and Sicilian descent. Sorabji decided to change his name to connect more with his Parsi heritage. He developed his musical abilities late in life and did not begin to compose until his twenties. From a young age, however, he did have an insatiable appetite for the musical masters of the time: Schoenberg, Mahler, Debussy, and Rachmaninov. Sorabji started his musical career as a concert pianist before switching to become a music critic, and finally, a frantic composer of piano music. From the beginning of his time as a composer until his retirement, he wrote for The New Age and The New English Weekly, where he was noted for his satire and cleverness in writing.

Sorabji’s temperament and character was known to be more on the avant garde side. He was what could arguably be called a social recluse. He hated public gatherings with a passion and for the majority of his life chose to live quietly in South Dorset while working on his compositions. Among Sorabji’s close friends was Reginald Norman Best, his mother’s best friend’s son. Best accompanied Sorabji during the last 35 years of his life and many considered them to be romantic partners due to their intimate relationship. Best spent his life savings to help Sorabji purchase a cottage in the village of Corfe Castle, Dorset where the two lived together until they moved into Marley House Nursing Home in March 1987. Sorabji was devastated when Best died in 1988 and passed away later that same year. Today, their remains rest beside each other in the Corfe Castle cemetery. Sorabji once called Best “one of the two people on earth most precious to me.”

Music flew out from Sorabji’s pen, but he didn’t have much care for the music ever being consumed by the public. He was so dissatisfied with others’ performances of his pieces that he placed a “ban” on his music being performed for well over four decades. However, towards the late 1970s, Sorabji finally found musicians that met his standards, notably the particularly enthusiastic Yonty Solomon. There was great international interest in Sorabji’s compositions, but contradictions and myths surrounded due to his limited public appearances.

Sorabji was primarily a composer for piano music—not surprising given his background as a pianist. Sorabji’s music is well known for being difficult to play and his compositional style is a bit more personal, as he was mostly self taught. Known for his egregiously long yet stunningly beautiful compositions, his most well known piece is his Opus Clavicembalisticum, with a single movement spanning almost five hours. Another piece, his Jami Symphony, is over a thousand pages in length. He was able to combine Asian influence from his Persian lineage with European traditions, creating incredibly textured works with polyphonic rhythms, blending the two lines from the piano almost effortlessly. Even for those who aren’t fans of contemporary music, Sorabji’s dreamy and more easily digestible Fantaisie Espagnole is a delight. 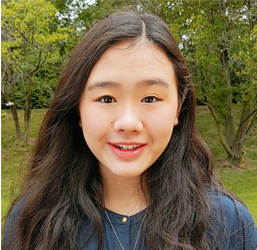 Abigail AuYeung is a cellist in CYSO’s Symphony Orchestra and an sophomore at Hinsdale Central. In her free time, she enjoys falling down classical music rabbit holes, reading, and baking.