In 2017, then 13-year-old bassist Nicholas Boettcher had an idea to bring music lessons to teens serving time in the juvenile detention center near his home in Naperville. With the help of his then 15-year-old brother Jack, a cellist, the two started The No Repeats Project. Nicholas, who is now 15 and co-principal bass in Symphony Orchestra, and Jack, a 2019 CYSO alum, used their years of music training to teach teens who may have never seen a string instrument in person, let alone learned to play one themselves. Through the process of learning to play, the teens develop self-confidence through their new-found music skills, and Nicholas and Jack discovered that teaching what they loved opened up new ways of seeing themselves as musicians. As Nicholas observed, “My experience has made me even more committed to my music because I can see how others can be affected by music.”
Carolina Diaz, a Symphony Orchestra violist and Social Media Team member, sat down with Nicholas Boettcher to ask him some questions about the work that he and his brother have accomplished through The No Repeats Project and how it all began.

Carolina Diaz: Can you tell us about what The No Repeats Project is and what you do?


Nicholas Boettcher: The No Repeats Project is a program where high school musicians work with incarcerated teens. Our goal is to provide these teens with an opportunity to learn how to play instruments and to feel success—an experience that they may not have had very often before. We use music as the source for this positive feeling. We believe this feeling of accomplishment will help reduce the stress of their current situation, and help as they work toward their release from the detention center. We want them to use this positivity to help them succeed outside and not return to the criminal justice system – No Repeats!

Our music mentors go to the Warrenville Youth Center once or twice a week. The center identifies eligible teens who are interested in attending our sessions. Each session is an hour to an hour and a half. Teens get the opportunity to play on basses, cellos, violas, and violins. They learn scales and simple songs, but we are also trying to teach some popular songs. And some of our time is spent just talking. We also do performances for the center. We had an end of the year concert and are planning a performance over Thanksgiving.

What made you want to work with children in juvenile detention centers?
My 8th grade teacher challenged our class to dedicate one period each week over the year to work on something important to you so can have a positive impact on others. I figured that I should do something with music, as it has always been an important part of my life. In her CYSO program book bio, Overture Strings conductor Anne Huynh McTighe mentions that she worked with teens at the Cook County Juvenile Detention Center while she was at Northwestern. The Warrenville Youth Center is 15 minutes from my house so I thought, “Maybe, I can do something like that.” 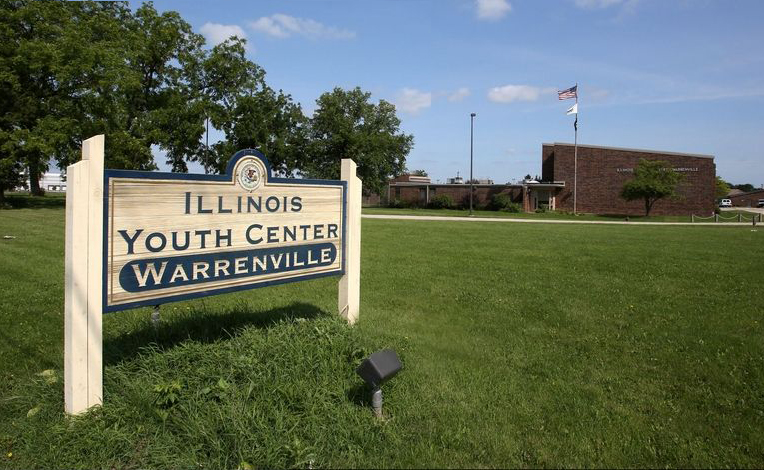 I know you’ve partnered with Austin’s Violin Shop. Was it a difficult process to form that partnership? In other words, how did you manage to convince a shop to essentially sponsor your non-profit organization?
I have to say, that was probably the easiest part of the program. I reached out to Patty Austin, the owner, told her my idea and she just asked, “How many instruments do you need?” She let us have four cellos and a double bass the first year. T his year she added some violins and violas—all free of charge!

Were there any complications that could have potentially stopped the work you’re doing? How have you managed to deal with such issues?
Fortunately we have not had any complications, but we have had many obstacles. The first obstacle was being taken seriously! Since I was only 13 and my brother was only 16 when we approached the center, the superintendent wondered about our qualifications and worried about our long term commitment to the project. They stressed to us, “These kids have been let down by too many others,” so if we were going to do this, we needed to commit to it.
Another obstacle is that due to security regulations, we cannot keep the instruments at the center, so our students can only practice during our time with them. A big challenge we still face is that we work with incarcerated teens with low self-esteem and whose educational and musical background are limited. However, this really provides the biggest reward. When we first started, the teens were unsure and self-conscious and would immediately hand off the instrument to someone else if they felt like they’d messed up, but after a while, they become more confident.
I’ve also struggled with how to teach the things that I can do naturally after years of playing the cello and double bass. I’ve had to break down even the simplest tasks in a way that they would be comfortable understanding. My brother and I spent time brainstorming nontraditional methods of teaching and playing.
For example, rather than bowing the strings, we also pluck and strum them like a guitar. We also include songs that might appeal to the teens. Somewhat ironically, when we played Michael Jackson’s Smooth Criminal it kind of broke the ice, and the teens became more comfortable trying the instruments. We’ve come a long way in learning to understand each other; we are all teenagers, after all. And since then, we’ve had so many positive experiences.


When we first started, the teens were unsure and self-conscious and would immediately hand off the instrument to someone else if they felt like they’d messed up, but after a while, they become more confident.

How was it working with your brother on this project? How have things changed now that he’s in college?


Working with my brother is always fun. We have collaborated on so many things musically—playing at weddings and other events and being in CYSO together—so when I decided to do this project, it was natural to work with him. Knowing that he would be leaving for college and that we wanted to expand the program, I reached out to the area high school music departments and youth orchestras [to recruit new mentors]. The No Repeats Project is growing and our new mentors are helping me develop the program so we can have a bigger impact and possibly expand it to other centers.

What’s the most memorable moment you’ve had working with the young people so far?
The most memorable moment actually happened early on with one of our original students. He, like many of the teens I’ve worked with, was initially very reluctant to try playing and sort of embarrassed that he might not be able to do it right. However, he soon began to try and as he saw his progress over the next few sessions he gained more confidence. The night before he was going to be released, he was so proud of what he could do that he was performing Twinkle Twinkle for the other teens, putting on a show for the security guards and other staff and volunteers.


We’ve come a long way in learning to understand each other; we are all teenagers, after all.

What is something surprising you’ve learned or an experience you’ve had working with the young people that’s surprised you?
When I first mentioned my idea to my parents, they were more than a bit apprehensive about my brother and I going to volunteer at a juvenile correctional center. We talked about it for a while. My parents were concerned about safety. Also, these are kids who have grown up in environments completely different than my own, so I didn’t know how we were going to be received or if we would have some difficulty connecting. But as it turned out, we did not find that to be the case at all. It might take a little time to break the ice, but once they are comfortable with you, they’re all in. I feel our program gives them the opportunity to show others that they shouldn’t be defined by their current situation.

How has working on No Repeats changed you as a musician?
Well, from a technical standpoint, teaching reminds me to be disciplined in my own playing, remembering the importance of the basics, posture, bowhold, hand shape, etc. But more broadly, my experience with The No Repeats Project has made me even more committed to my music because I can see how others can be affected by music. Also, I get to know these kids and learn about their lives and circumstances, and it motivates me to take advantage of the opportunities I have been blessed with.

A group of students from the juvenile center are coming to the Orchestra Hall concert this fall. Will any of the students you’ve been working with be attending? Are you excited to have them see your concerto?
Yes! Some of our students will be in the group coming to the concert. I’m very excited to have them and the staff see me and the orchestra perform. Also, other youth centers will be coming and this will hopefully help to introduce our project to them and help us expand our program to their centers as well.

Visit the No Repeats Project website for more information. 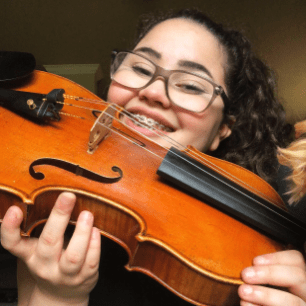 Carolina Diaz is a violist in CYSO’s Symphony Orchestra and a veteran member of the CYSO Social Media Team. Carolina has been a member of CYSO for three years and studies with Dr. Nicholas Jeffery. She is a senior at Neuqua Valley High School and participates as an alternate in the DuPage Symphony Orchestra.