The 2016-2017 season marks CYSO’s 70th anniversary. Founded in 1946 by a group of parents and students, CYSO has spent the past seven decades providing orchestral training to youth from across the Chicago region. Our programs have come a long way over the past 70 years, but what remains the same is CYSO’s commitment to inspire and cultivate personal excellence through the study and performance of music.

Every CYSO season is full of exciting events, but we’re pulling out all the stops in honor of the 70th anniversary! Check out some of the highlights coming up for the 2016-2017 season:

Philharmonic Orchestra, another new ensemble debuting this season, is led by long-time CYSO Associate Conductor Terrance Gray. Philharmonic is an advanced full orchestra made up of more than 90 high school students and will debut a new piece by CYSO Composer-in-Residence Jonathan Newman at the November 6 performance at Logan Center for the Arts. 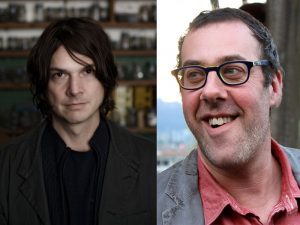 CYSO has enlisted two composers-in-residence for the 2016-2017 season: Glenn Kotche and Jonathan Newman. Newman, who serves as Director of Composition & Coordinator of New Music at the Shenandoah Conservatory, focuses on the first half of the season, with the debut of a piece for the Philharmonic Orchestra on November 6. In addition, Symphony Orchestra will perform Newman’s Blow It Up, Start Again, commissioned by CYSO in 2011, at Ear Taxi Festival on October 5 and at the fall Orchestra Hall concert on November 20. Newman’s 3 O’Clock Mix will also be part of CYSO’s Symphony Orchestra performance at Midwest Clinic on December 16.

Glenn Kotche, drummer for the Chicago-based band Wilco, will join CYSO on stage at Orchestra Hall on May 21 for the performance of a new piece commissioned for Symphony Orchestra. Kotche will also arrange his solo percussion work, Mobile, for Philharmonic Orchestra’s concert June 3, and will join CYSO for a composition workshop and rehearsals. More on this season’s composers-in-residence.

Symphony Orchestra will perform at two high-profile events this fall: Ear Taxi Festival on October 5 and Midwest Clinic on December 16. CYSO is featured on opening night of the inaugural Ear Taxi Festival, celebrating contemporary music in Chicago. The performance takes place at Harris Theater in a triple-bill with Fulcrum Point New Music Project and Civic Orchestra of Chicago.

In December, CYSO’s Symphony Orchestra will perform at Midwest Clinic, the world’s largest instrumental music education conference, which draws band and orchestra professionals from around the region. The showcase will feature highlights from Symphony Orchestra’s fall repertoire including Elgar’s In the South,  Jonathan Newman’s 3 O’Clock Mix, and the CYSO-commissioned Prairie Music by Eric Malmquist.

CYSO’s 70th Anniversary Celebration will take place February 11 at the Four Seasons Hotel. Featuring the music of James Bond, the annual gala will include performances by CYSO’s Symphony Orchestra, Preparatory Strings, and Steel Orchestras with all proceeds from the event supporting CYSO’s music education programs.

Our premier events each season, CYSO’s Orchestra Hall performances will take place November 20 and May 21. The fall program includes works by Newman, Glazunov, Elgar, and Respighi, and the Spring concert will feature Tchaikovsky and Glenn Kotche performing a commissioned piece alongside Symphony Orchestra performers (see full description above). 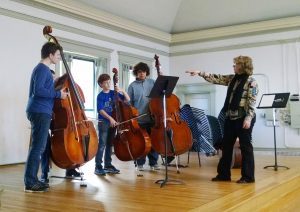 It’s going to be a great season! Stay in the loop by downloading our season calendar or signing up for the CYSO newsletter. We’ll see you at a concert soon!