CYSO celebrated the legacy of Chicago soul music at our 2019 gala on February 9th. The event raised more than $415,000 to support CYSO music training, education, and community engagement programs. 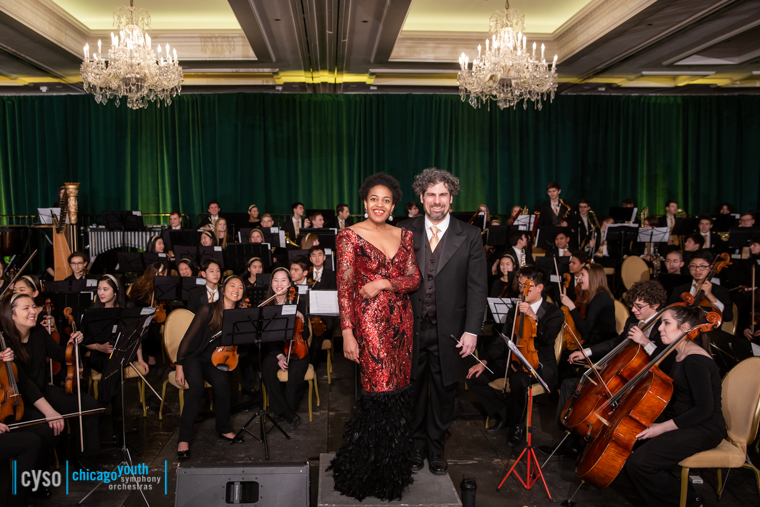 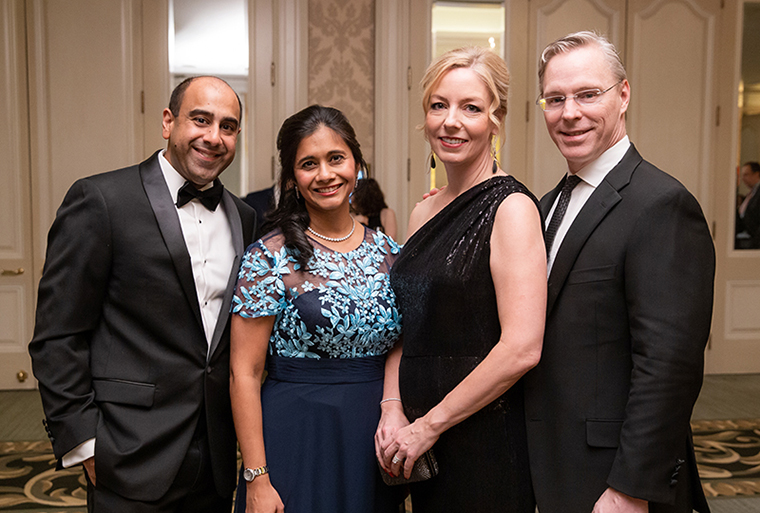 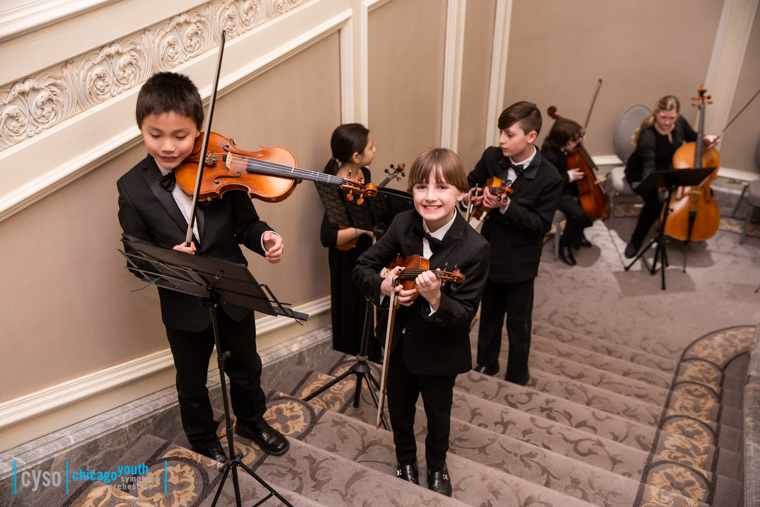 The event was held at Chicago’s Four Seasons Hotel, where more than 300 guests ascended the grand staircase while being serenaded by members of Preparatory Strings. A lively cocktail reception featured red carpet experience, mini live auction, and music from members of Kaiso Steel Orchestra and a Jazz Orchestra combo group. 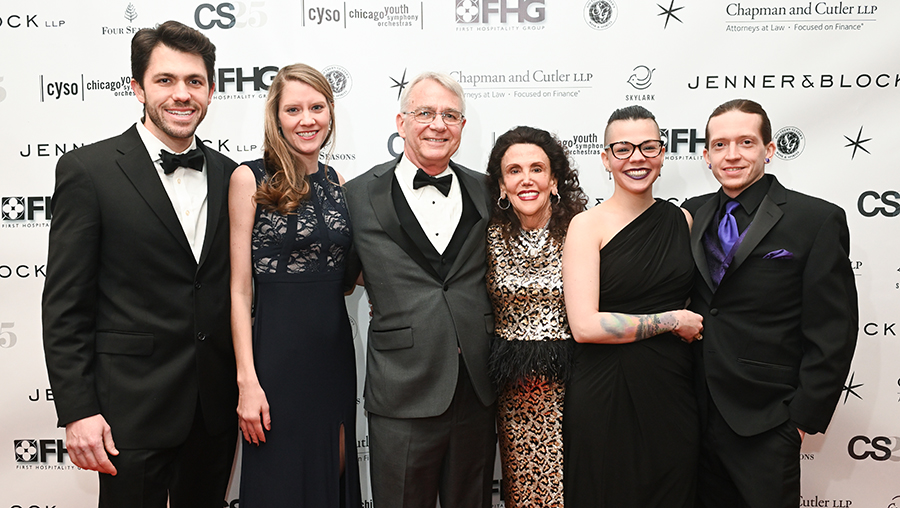 CYSO’s Symphony Orchestra, led by Music Director Allen Tinkham, and joined by members of Jazz Orchestra, welcomed guests with a medley of Chicago Soul music classics including “Shake a Tail Feather” and “Move on Up” as the doors to the Grand Ballroom opened for the seated dinner portion of the evening.

Gala chairs Anjani and Saurab Bhargava and Kelly and Dennis Howe welcomed guests.  “Someone once said, ‘Soul music is nothing without the heart,'” said Saurab Bhargava. “When you listen to these young musicians, you know they intimately understand the power and draw of this music and their connection to it is all heart.”

Ayana Contreras, host of WBEZ/Vocalo Radio’s Reclaimed Soul, served as Master of Ceremonies. During her remarks she spoke to Chicago’s musical history adding, “Many of the original recordings of the music you are hearing tonight, from, ‘At Last’ by Etta James to ‘Superfly’ by Curtis Mayfield, featured orchestral horns and strings from members of the Chicago Symphony Orchestra. These students represent a continuation of that rich legacy.”

The 2019 Note of Excellence Award was presented to Associate Conductor Terrance Malone Gray in honor of his 25 years of service to the organization. Maestro Gray led Concert Orchestra for more than two decades, and was integral to the creation of Preparatory Strings and Debut Orchestra, both of which he also led for years. In 2017, he was tapped to direct the newly-formed Philharmonic Orchestra. 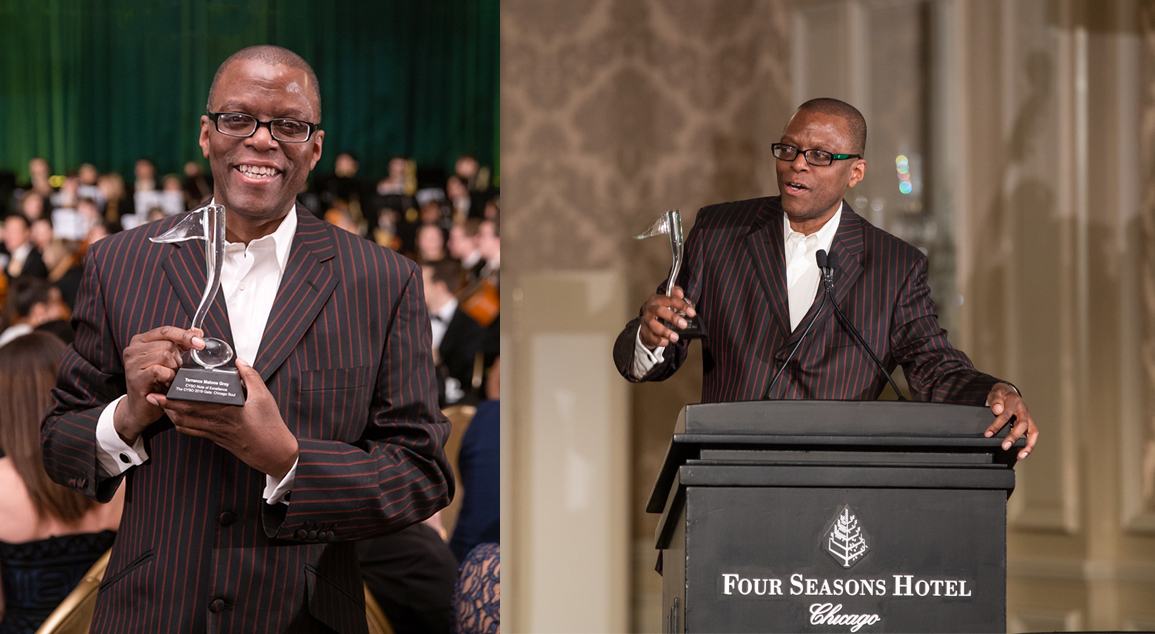 A spirited live auction included a 10-day trip to Portugal, a Festival Napa Valley 3-day extravaganza, dinner-in-your-home for 10, and a seaside cottage on the southwest coast of France, in addition to the chance to play the cymbals at CYSO’s fall 2019 Symphony Orchestra concert Orchestra Hall. 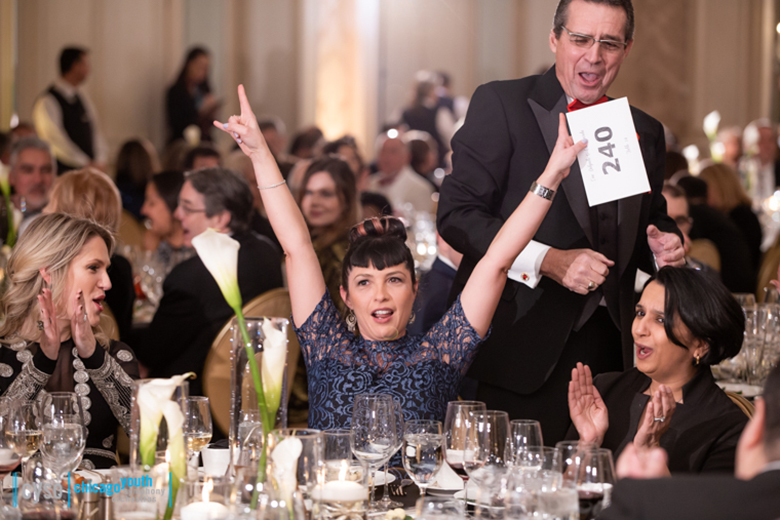 Next we debuted a new video created by Green River Films highlighting the experience of CYSO students as they come together from across the city, state, and region each weekend to make music together.

Following the video, Executive Director Susan Lape spoke about the financial assistance program that allows students with need to focus on making music, not paying tuition. A donor appeal followed and raised nearly $122,000 to support financial assistance and to help keep program tuition affordable for all families.

For the Gala’s finale, the orchestra was joined by special guests Pharez Whitted, Chicago jazz trumpet legend and our very own Jazz Orchestra Director, and singer and actress Opal Staples. Guests were transfixed by the performance of  Etta James’ “At Last,” and joined in to sing and dance along with Chaka Khan’s “Ain’t Nobody,” and Jackie Wilson’s “Higher and Higher.” 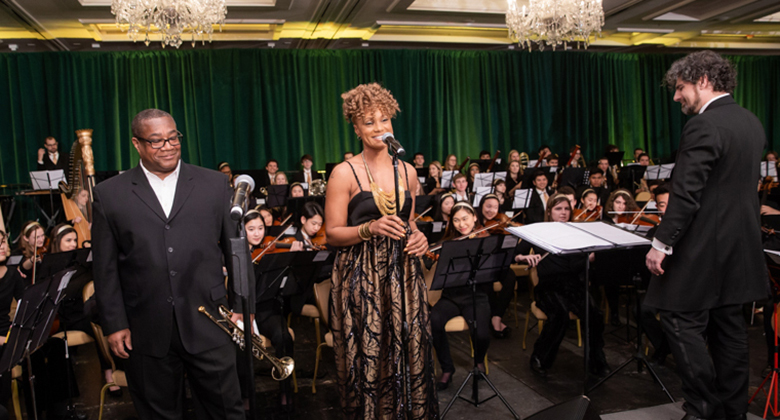 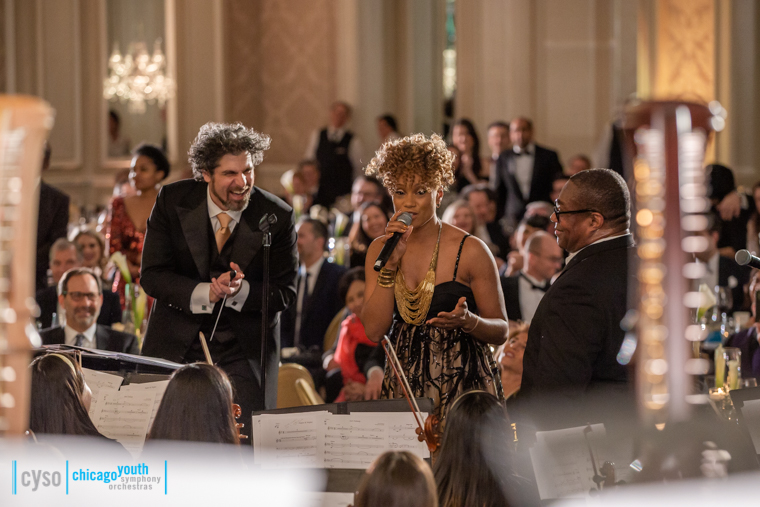 Gala proceeds will benefit 8,500 young people from across the Chicago region who are enrolled in CYSO music training, education, and community engagement programs.

Thank you to the many individuals and organizations who supported this year’s gala, our fantastic parent volunteers, and the CYSO musicians who kept us entertained throughout the evening!

More photos from the event are available here.