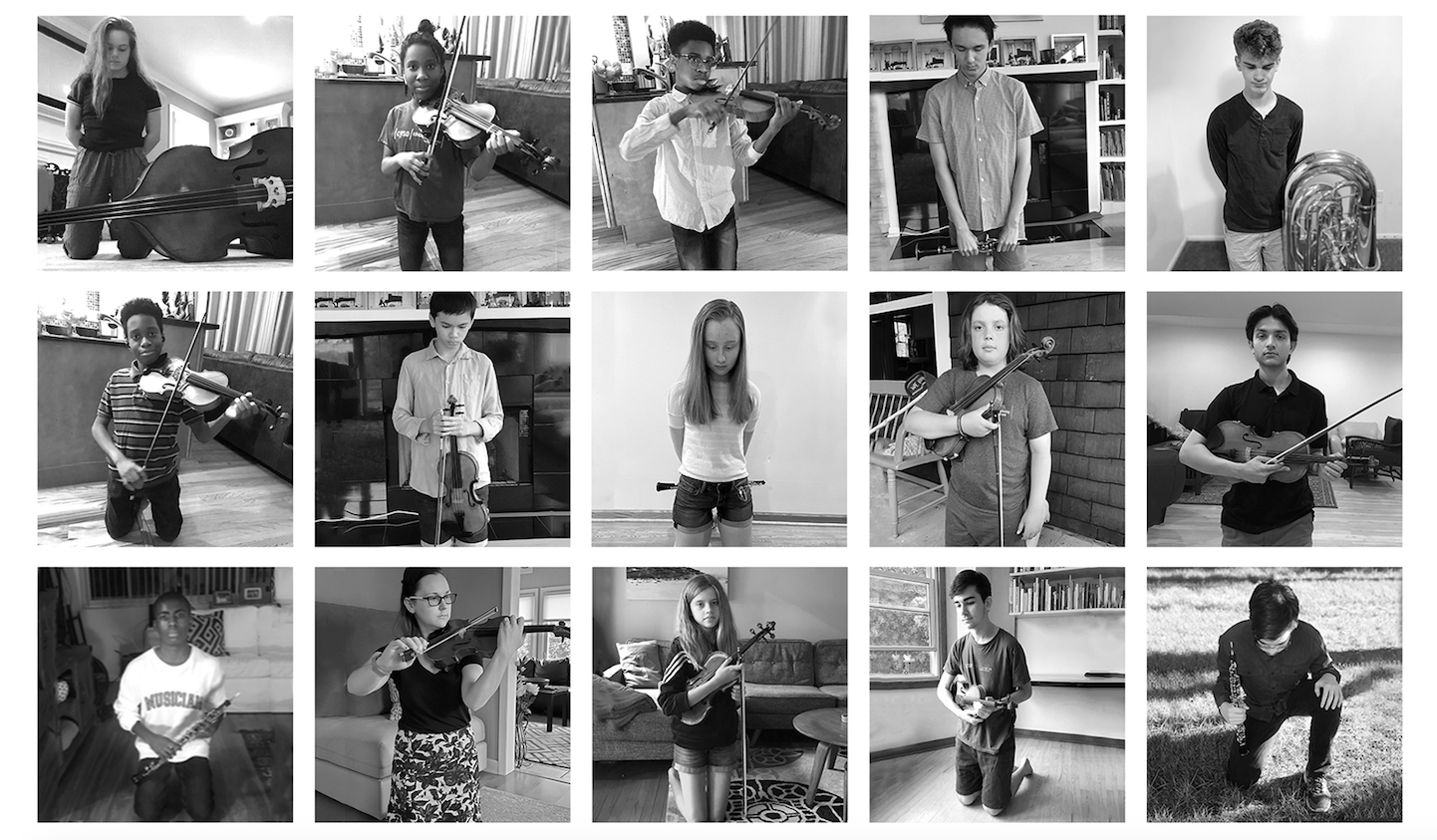 Musician Anthony McGill—principal clarinet with New York Philharmonic and a CYSO alum—started the #TakeTwoKnees project following the deaths of George Floyd and Ahmaud Arbery. McGill posted a video of himself performing “America the Beautiful” in a mournful minor key and then kneeling. In the caption, he encouraged the audience to take a stand for the Black community by posting images and videos of themselves kneeling and, often, performing a piece that is meaningful to the struggle for racial justice.
At CYSO, we believe that musicians have a unique opportunity to both reflect the world as it is, and also help us imagine the world as it could be. Members of the CYSO community joined together virtually this summer to perform the opening of Florence Price’s Adoration as well as submitting photos of themselves kneeling in support of the #TakeTwoKnees movement and to say unequivocally that Black lives matter.