A huge thank you to everyone who tuned in to cheer on our musicians on The Late Show with Stephen Colbert! We are honored to have been part of such a moving performance and hopeful message, and it was a dream project to have the opportunity to collaborate with Peter CottonTale,  Chance the Rapper, Cynthia Erivo, Kofi Lost, and Chicago Children’s Choir for CYSO’s late night television debut! 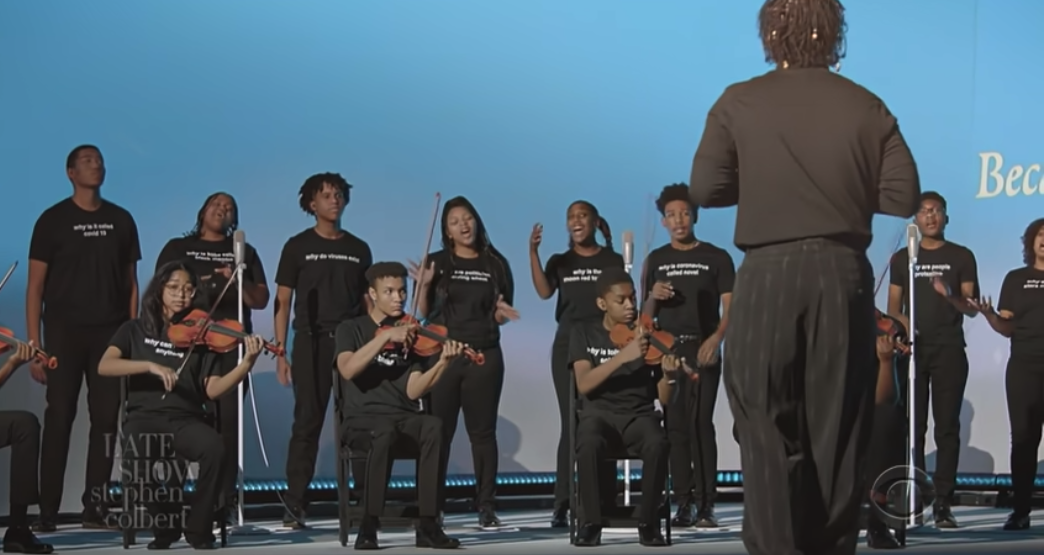 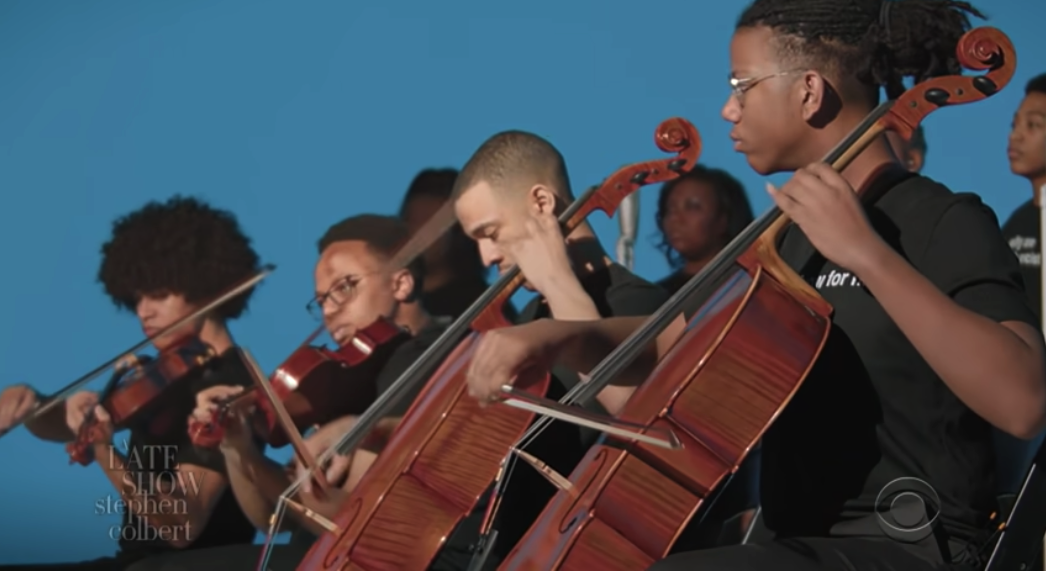 Watch the full performance below:

We also wanted to address a few questions from audience members about COVID safety during filming. The health and safety of our students was of the upmost importance to us as we considered this project. In addition to every performer and crew member taking a rapid PCR test to confirm that they were COVID negative, everyone on set wore masks at all times that they were not on camera and crew was kept to an absolute minimum.

Thank you again to everyone involved in making this project happen and the CYSO community for cheering on our young performers.

Read additional coverage of the performance from Pitchfork, Uproxx, and WGN,