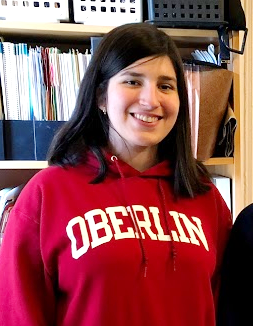 In her senior year of high school at Lane Tech, Magali Coronado decided to try something new.  Already an accomplished flute player, she joined CYSO’s most advanced steelpan ensemble, Kaiso Steel Orchestra. Before she heads off to Oberlin Conservatory this fall, CYSO Social Media Team member Oliver Talukder interviewed Magali to find out about her time in CYSO and what it was like learning an entirely new instrument. We also wanted to learn more about her Posse Scholarship, which will pay her full ride to Oberlin. The Posse Foundation identifies and trains young leaders from diverse backgrounds and sends them to top colleges and universities in “posses” to help insure their success, and build a generation of leaders who can be the catalysts for change.

Oliver Talukder: How did you find out about CYSO and specifically the Steel Pan program?

Magali Coronado: I’ve known about CYSO through the performances that I’ve gone to see my friend perform at, specifically Concert and Steel. Prior to watching my friend’s steel pan concert, I had never seen one before. I was extremely fascinated by the steel pans, and when the next year came up, I asked my friend if there were open spots in Kaiso. I have only been in the program this year.

Being surrounded by that talent is a huge motivator to become a better musician, and I feel like I benefited a lot from that.

OT: Did you know how to play Steel Pan prior to joining the program? If not, what was your experience with learning a new instrument? Was it easy to learn?

MC: As many other students who join the steel pan program, I had no prior experience on the pan. It definitely had to take some getting used to! I was put on the Double Tenor, which has two pans instead of one so I was very lost on where the notes were located for the first few weeks! 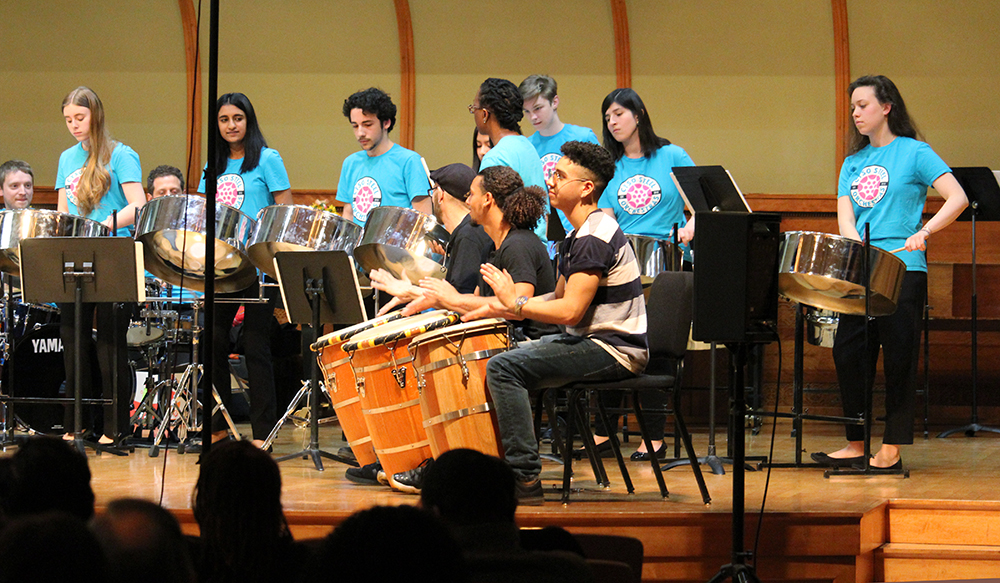 OT: How is learning the steel pan similar or different to learning say, a standard orchestral instrument?

MC: I primarily play the flute, so the experience is very different to that of the steel pan. Even though Double Tenors read treble clef, I was not used to having to read chords, since you don’t have to do that when playing the flute. There were even pieces that were taught verbally (with no sheet music) and others we had to play by memory, so as someone who mainly depends on sheet music, it was a completely new experience on learning new songs. The only chance that everyone has to practice their parts is during the two hour rehearsals, so each of the members really have to make each rehearsal worth it.

OT: What is the Posse Scholarship? What were the requirements and what was the process of applying and earning this scholarship?

MC: The Posse Scholarship is a four year full-tuition scholarship to one of the 12 Posse Chicago partner colleges, Oberlin being one of them. It’s a long and unique application process split into three interviews, the first one being a group interview in which you are put to do activities within a group, which Posse uses to look for people who know how to act within a group. 10 people per partner school are chosen for this scholarship, so if you are accepted as a Posse scholar, you already have 9 other people as your support system as you all go to the same college.

[In steel], the only chance that everyone has to practice their parts is during the two hour rehearsals, so each of the members really have to make each rehearsal worth it. 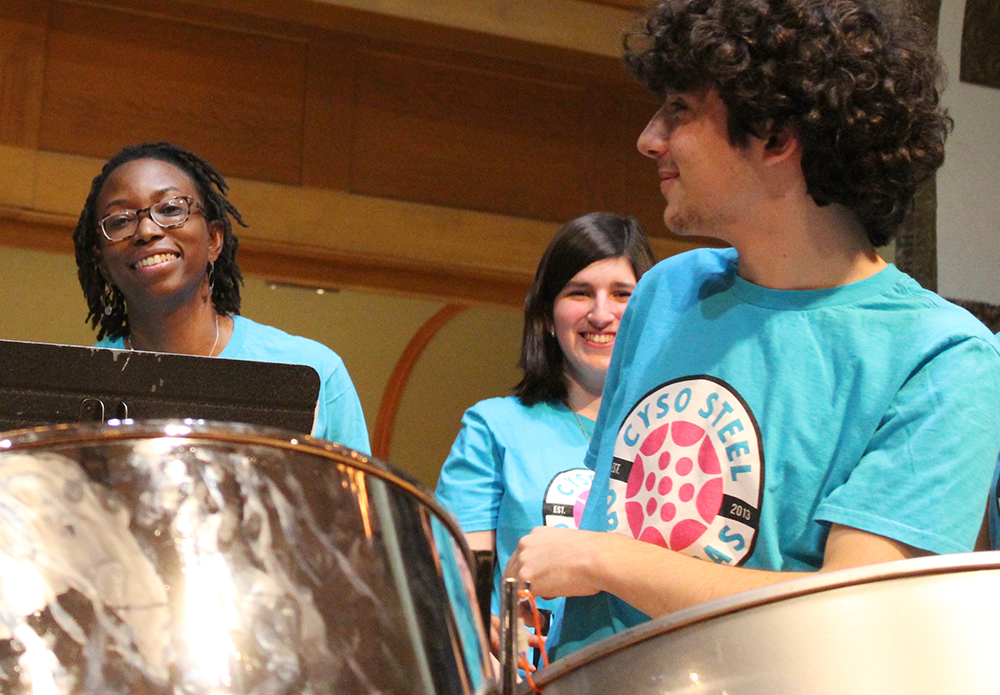 OT: What is one big takeaway from your CYSO experience?

MC: One big takeaway from being in CYSO is all the talent I was surrounded by. Whether it was within Kaiso or even in Philharmonic Orchestra when we played alongside them at their spring concert, I was always astounded by the immense amount of talent in each group. During my first few weeks in Kaiso, I was admittedly really intimidated because everyone was just so good! Being surrounded by that talent is a huge motivator to become a better musician, and I feel like I benefited a lot from that.

OT: What’s a piece of advice you’d give to someone who wants to join CYSO and even specifically the Steel Pan  Ensembles?

MC: I would tell newcomers, specifically to Kaiso members, to not be intimidated when you’re barely starting and forget where notes are located on the pan. The instructors are incredibly nice and patient, they just want you to try your best! Use the talent around you to motivate you to make the 2 hour rehearsals worth it every Saturday. And move when around when you play! Being in Kaiso is a very rewarding experience. 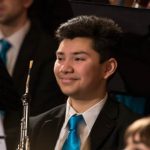 16 year old Oliver Talukder is co-principal oboist in CYSO’s Symphony Orchestra and a member of the CYSO Social Media Team. Oliver has played with CYSO for two years and studies with Xiomara Mass. He is rising junior at Maine East High School and in his spare time, he enjoys singing opera.