Over the course of a student’s time with CYSO, we have the privilege of watching them mature as musicians and as people. During this formative time, young people learn about dedication and hard work, stretching themselves and discovering their untapped potential.

One student who we’ve watched grow into an accomplished young musician is Kayla Cabrera. Currently in her fourth season with CYSO, Kayla serves at Co-Principal Viola in Symphony Orchestra. Her mom, Pam Cabrera, recently shared with us the impact that CYSO has had on Kayla’s musical development and why Pam has become such an ardent supporter of CYSO’s programs.

Kayla first auditioned for CYSO three years ago.  With just a little over a year’s experiencing playing an instrument, she wasn’t sure if she would even be accepted, but CYSO gave her a chance and placed her in Concert Orchestra.  It was Kayla’s first time playing in a full orchestra and she was so thrilled.  She learned so much that first year and it solidified her passion for music. 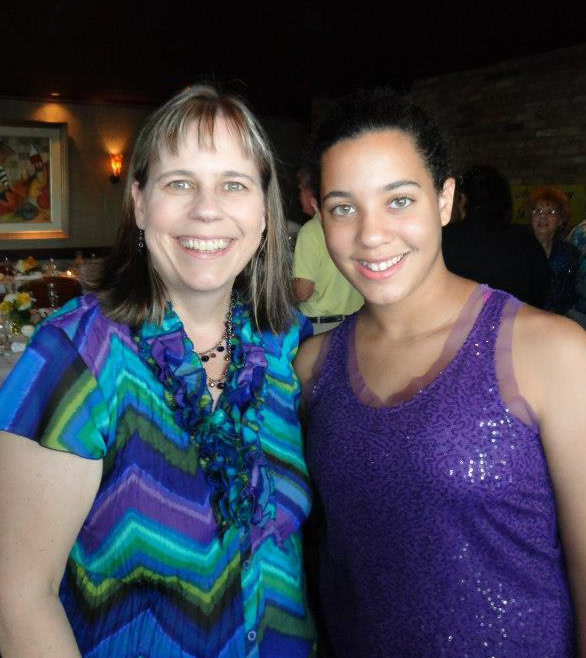 The next year, Kayla was surprised and overjoyed to move up to Symphony Orchestra, and then completely shocked when she was chosen as one of the principal players’ quartet members after fall seating auditions.  She was a little overwhelmed by all of this, but CYSO provided the support and encouragement that she needed to rise to the occasion. I watched Kayla grow by leaps and bounds both musically and personally that year as a result of these new opportunities.

I cannot tell you how much she adores being under Maestro Tinkham’s baton.  She speaks often of how incredibly effective he is with these young musicians and how knowledgeable and approachable he is. Add to this that both Kayla and I find CYSO to be extremely organized and highly professional, yet friendly and supportive.  There is no other organization that Kayla has been involved with that has been able to even come close to matching the atmosphere at CYSO.  In the highly competitive and cut throat world of pre-college music, CYSO has created an environment that does not tolerate bad attitudes or base getting ahead on who you know.  I am continuously amazed by how the staff manages such large groups of teenagers and still keeps the drama to a minimum!

I watched Kayla grow by leaps and bounds both musically and personally that year as a result of these new opportunities. 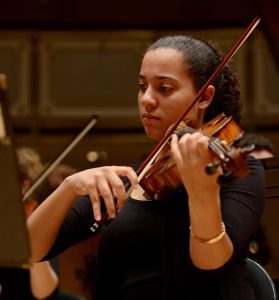 We aren’t a family with a ton of expendable income. Prior to joining CYSO, we heard that students only became principals if they donated a lot of money. Obviously, based on Kayla’s experiences, nothing could be further from the truth, and anytime I hear a rumor like this about CYSO I share our story. CYSO has gone above and beyond to make the program financially accessible to our family, and we are very grateful.

Kayla has been involved in countless amazing experiences as part of CYSO. In addition to being her first orchestral experience, she’s had the opportunity to play a masterclass with Yo-Yo Ma, perform at Bulls games and in the Bull’s 2015 holiday card, been part of the Chicago Youth in Music Festival twice, and been conducted by Ricardo Muti and Gennady Rozhdestvensky. Being part of CYSO has allowed Kayla to meet so many important people in the Chicago music scene, and, most importantly, know the pure joy and comradery of being around others who share her passion for music

As if that weren’t enough, Kayla was allowed to miss a concert last year in order to attend the Sphinx Competition semi-finals in Detroit. CYSO not only allowed this, they cheered her on through social media. And now this past summer, they supported Kayla in NYO-USA. 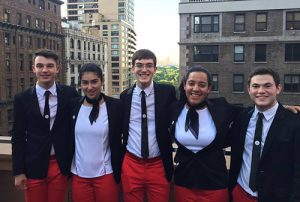 She would not be accomplishing these things without CYSO. The program has challenged her beyond what she thought she could possibly do and provided her with the encouragement and education she needed to achieve. Into a young player from the south suburbs where all the school orchestra programs have been cut CYSO has poured their time and energy, as they do with countless other student musicians. Many of these young people will not forget what CYSO has done for them. They will go out into the world with a desire to pay it forward and continue to the quest to make music education accessible and available for all our youth.

CYSO has changed many young lives for the better. My daughter Kayla is one of them.