CYSO to be Featured on CNN’s 4th of July Special

Tune in this Sunday, July 4th as CNN’s primetime “The Fourth in America” special features a special performance from CYSO!  The nationally-televised broadcast will include fireworks displays from across the country beginning at 6:00 pm CST. For the second year in a row, the special will feature members of CYSO’s Symphony Orchestra, under the direction of Maestro Tinkham. This year’s broadcast will include students’ distributed performance of John Williams “Superman March” from the film Superman. 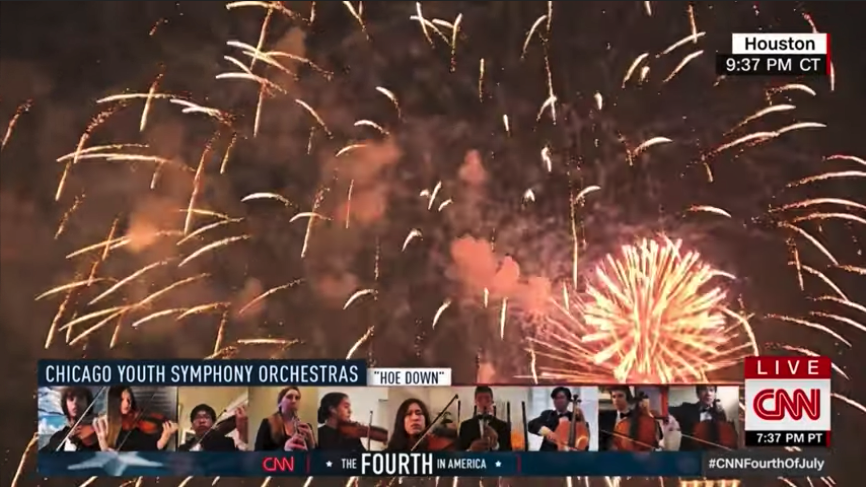 Tune in Sunday night beginning at 6:00 pm CST to cheer on our young musicians on your television, CNNgo app, or CNN.com!