We’re pleased to announce that Keith Calloway has been recognized by the City of Chicago as a member of the 2019 Rising Star Honor Roll. Presented by Mayor Lori Lightfoot and the Department of Cultural Affairs and Special Events (DCASE), Keith was honored along with 35 other young Chicagoans who’ve made contributions to the city through music, theatre, dance, visual arts, media arts, and literary arts. Keith was nominated by CYSO in recognition of his commitment to music—as a member of both Kaiso Steel Orchestra and Concert Orchestra, as well as the Whitney Young High School Orchestra—and to the Chicago community.
Keith, who graduated this spring, was a a member CYSO’s Steel Orchestra program since its founding in 2014, as well as a cellist in Concert Orchestra. As a steelpan player, he was not only a talented musician, but also a strong leader and mentor. Over summer 2018, Keith volunteered with Steel Orchestras Director Scott McConnell to help prepare for the upcoming season, including organizing the music library, polishing pans, and prepared student performance binders.
Keith’s enthusiasm is also well known among his fellow students, as well as the CYSO staff. In fact, the mantra “Be like Keith”—meaning smile and emote while performing— is so common among members of Kaiso that it even made it onto a poster in the rehearsal room. 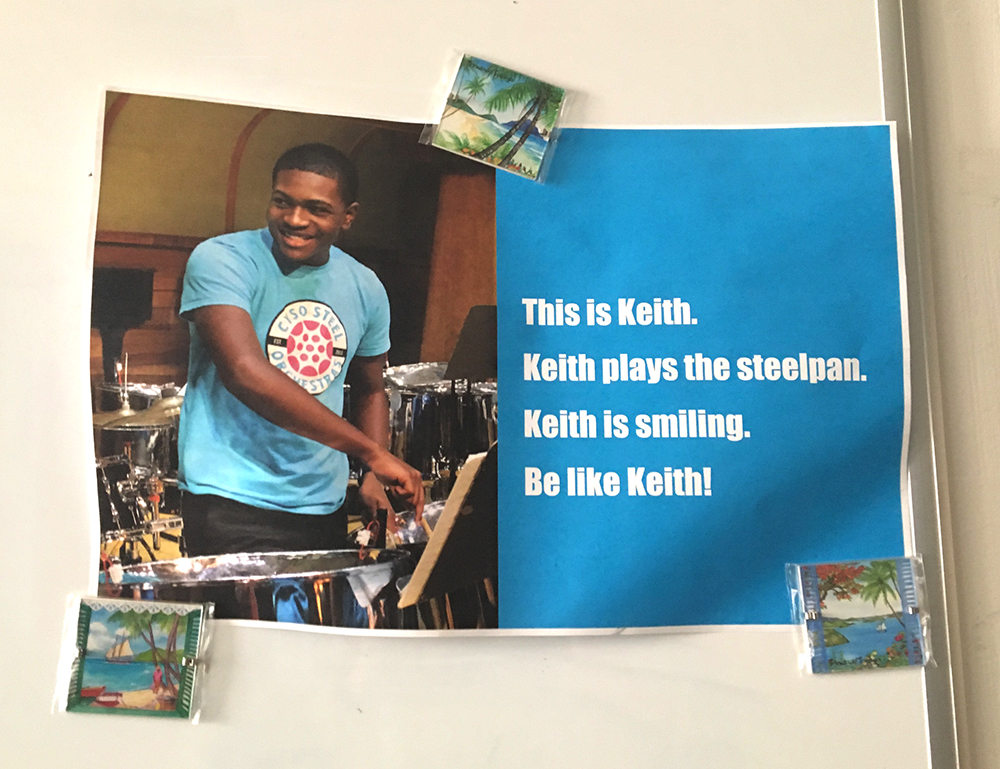 “I am most proud of learning how to play the Double Seconds Steelpan,” Keith wrote in his Rising Star application. “I began playing in 2014 when I joined CYSO’s inaugural steel ensemble. What made learning this instrument unique was that we only had access to it for two hours, once a week. This meant that I needed to be disciplined in attending rehearsals and making good use of my time. I am proud of this accomplishment because of the amount of progress that I have made from not knowing how to play the instrument at all to currently performing in the highest level steel ensemble.”
Keith shared that being part of CYSO was his longest-term commitment as a student, and said that “being a member of CYSO has allowed me to not only develop essential skills for musicianship, but also skills working in groups and leadership.”


Keith began his music studies at 5 years old, first on piano and soon after violin. He is also an active volunteer, having served as a research assistant at the University of Chicago Medical Center, as president of his school’s chapter of the National Junior Honor Society, and as a peer tutor. Keith was also Membership Chair of the inaugural Tri-M Music Honor Society chapter at Whitney M. Young Magnet High School, where he recently graduated. 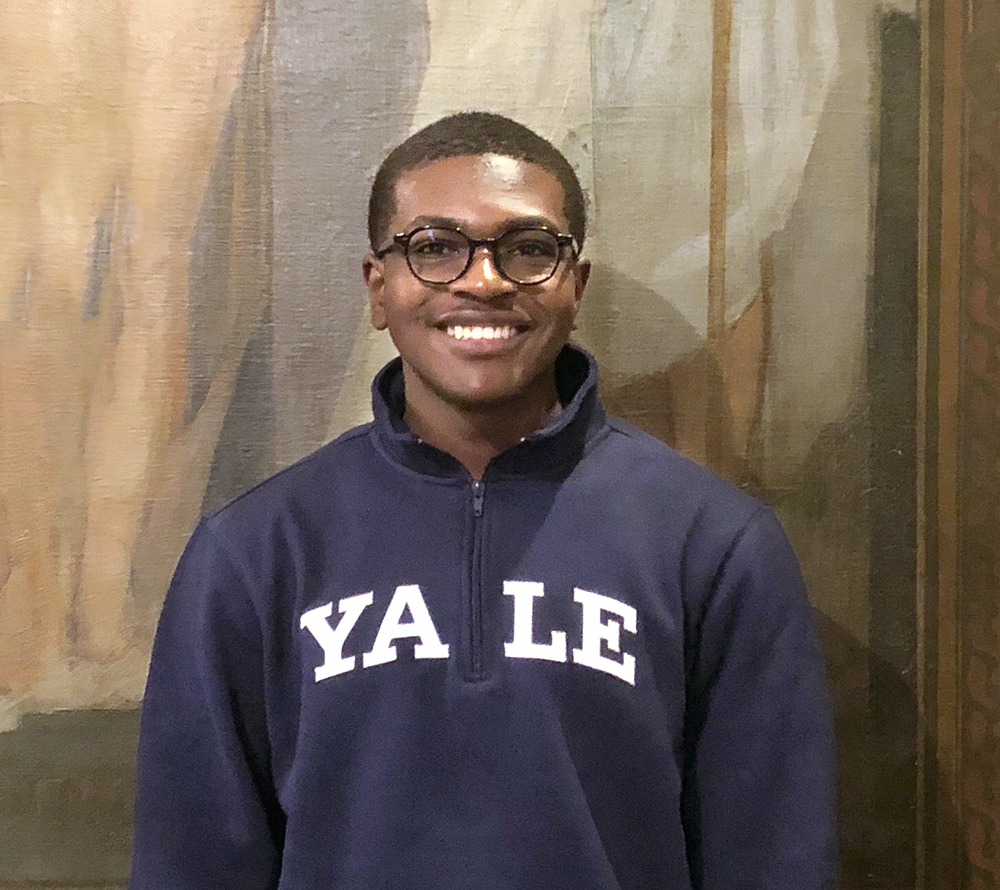 While he plans to study Economics on a Pre-Med track at Yale this fall, Keith hopes to continue his cello studies and perform in the university’s orchestra. He shared that “it is my experiences in CYSO that motivate me to continue studying music in college, and hopefully for the rest of my life.”
Keith and the rest of the Rising Star Honor Roll were recently honored in a ceremony at Chicago Cultural Center attended by Chicago’s First Lady Amy Eshleman and DCASE commissioner Mark Kelly. The honorees will also be recognized at the 2nd annual YAS! Fest (Youth Arts Showcase) on Saturday, September 21 in Millennium Park. 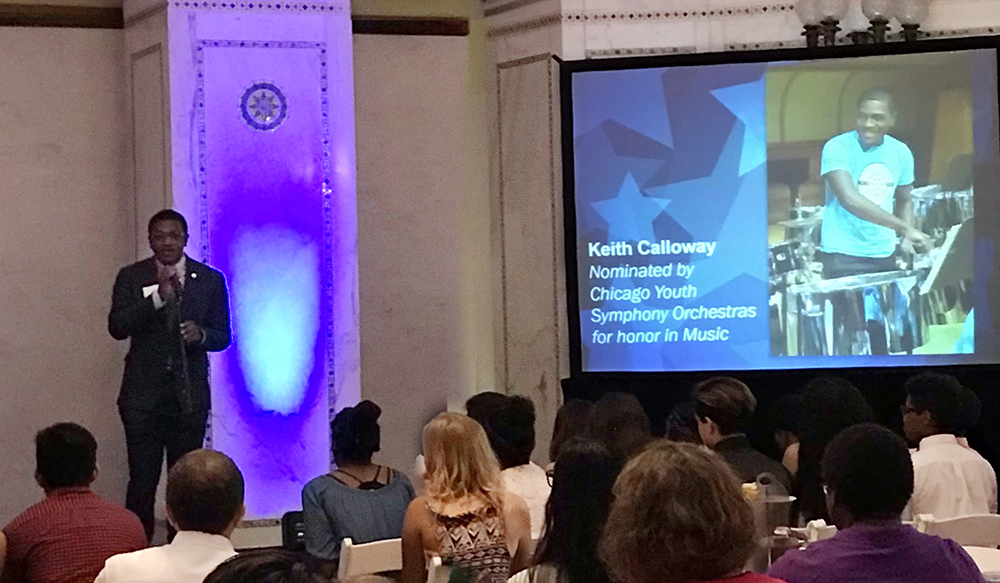 We’re proud to have had Keith as a member of CYSO and honor the contributions he’s made not only to our orchestras, but to the entire city of Chicago, through his leadership and commitment.