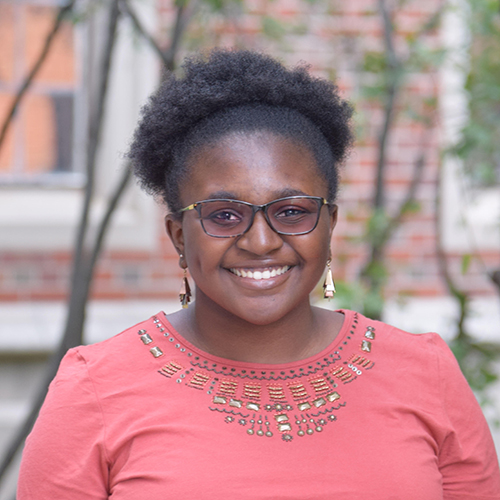 2017 graduate Danielle Calloway has been named to Chicago Department of Cultural Affairs and Special Events’ (DCASE) 2017 Rising Star Honor Roll. Recognizing 25 outstanding young artists from around Chicago, the honor roll recognizes creative leadership, passion, and exceptional skill in the arts. Calloway was nominated by CYSO to recognition of her exemplary musicianship and leadership over the past nine years.
A 2017 graduate of Whitney M. Young Magnet High School, Danielle Calloway joined Preparatory Strings in 2007 as a nine year old violinist. She advanced through multiple orchestras over the years, eventually becoming a member of Symphony Orchestra her senior year of high school. Her commitment to CYSO was recognized with Albert Pick III Award this spring and she recently joined our June tour of Central Europe.
“Danielle has been an exceptional member of CYSO over the years and we’re so proud that she’s being honored as a Rising Star,” said Music Director Allen Tinkham. “It’s been a pleasure to watch her grow as a musician and as a real leader in the orchestra. I have no doubt she will continue to make a positive impact on the city.”
In addition to music, Calloway gives back to the Chicago community as a volunteer for AIDS Foundation Chicago’s Project Elevate, which increases awareness of HIV/STI disparities in Chicago. This fall she will attend University of Chicago to study Global Health with a minor in music.
“Chicago is such a versatile city with all genres of art available,” Calloway said. “Over the years, I feel like I have become a classical music ambassador in my community. What excites me most is when others start to think about the possibilities of art.”