Even if you don’t know it by name, there’s a good chance you’d recognize the musical theme of Dies Irae. The dark tune has been used to represent death in classical music and pop culture for more than 100 years, but the melody itself goes back centuries. In honor of Halloween, Philharmonic Orchestra trumpet player and CYSO Social Media Team member Bennett King explored the history of this spooky tune.

What do movies like Citizen Kane, Edward Scissorhands, X2: X- Men United, The Nightmare Before Christmas, and Lion King all have in common? All these films have scores that pay a tribute to a Gregorian chant known as Dies Irae.
The Latin “dies irae” translates literally as “the day  of wrath” and was first attributed to Thomas of Celano, a Franciscan monk who lived in the early 1200s. Do you think that while composing in his cold, candlelit, monastery cell that Celano could’ve ever expected his melodic motif might be used in pop culture adaptations 800 years later?

Of course, more traditional composers like Berlioz, Verdi, Mozart, and Stravinsky have also composed works based on this musical theme. The Dies Irae recalls a day where souls of the dead arise for eternal judgement. Originally written in Latin, one terrifying line translates as: “Death is struck, and nature quaking, All creations are awaking, To its judge an answer making.” If those spine thrilling thoughts don’t get you  in a Halloween spirit, I don’t know what will!
Check out CYSO’s Spotify playlist Dies Irae Through the Ages. 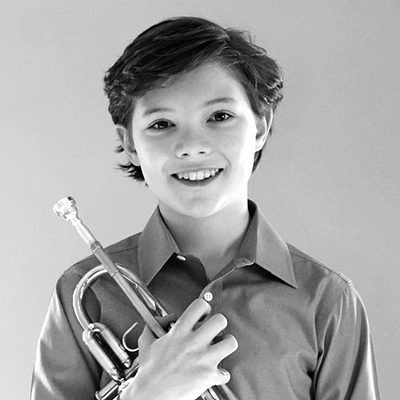 Bennett King is a trumpet player in CYSO’s Philharmonic Orchestra. He is currently in 7th grade and this is his third season as a member of CYSO. In his spare time, Bennett enjoys volunteering in youth services at his local library and bugling in his Boy Scout troop.