The 2018 National Youth Orchestra roster was announced this week, and we’re thrilled to share that four CYSO students are included in this year’s group!
Congratulations to Quincey Trojanowski, bassoon; Sam Stout, trumpet; Megan Martin, trombone; and Nick Jack Agliata, who will serve as apprentice orchestra librarian and plays bassoon in Philharmonic Orchestra. 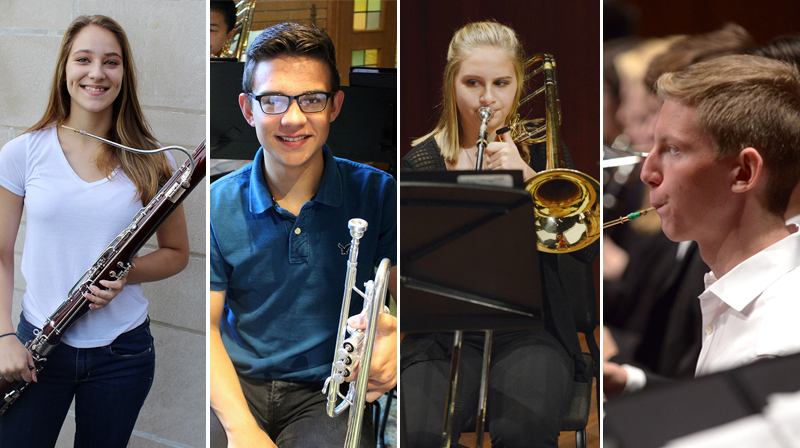 These four students will join more than 100 other young musicians this summer for a three-week residency, followed by the annual NYO concert at Carnegie Hall, followed by a tour of Asia with conductor Michael Tilson Thomas and pianist Jean-Yves Thibaudet. The orchestra will perform a new Carnegie Hall–commissioned work by Ted Hearne alongside works by Sibelius and Gershwin.