Nearly everyone has heard of Beethoven, but what about Emilie Mayer? Despite writing hauntingly beautiful melodies similar to Beethoven, German Romantic composer Emilie Mayer has remained relatively unknown to the mainstream. Although she is not nearly as popular as the likes of Schubert, her generally well-received and extensive list of published compositions —much of which has survived until now— is impressive, especially for a woman of her time.

Emilie Mayer was born in Friedland, Germany in May of 1812 to a wealthy, though not aristocratic, family and started her life as an ordinary child. She began her musical education early, enrolling in piano classes with organist Carl Heinrich Ernst Driver; however, she was said to interpret the pieces so loosely that she was told to write her own music instead. Unfortunately, Mayer’s mother passed when she was two, and twenty-six years later, her father unexpectedly died by suicide, causing stalls in her musical career.

The year following her father’s death, with nothing tying her to her hometown, Mayer relocated to Stettin (now Szczecin, Poland), studying under Carl Loewe, who was a close contemporary of Schumann, Weber, Mendelssohn, and other prolific composers. After his death, she worked on new compositions, dedicating many works to various members of the Loewe society (a group formed in honor of the late composer), namely her opus 47 to a Baron von Seckendorff of Stargard. Eight years later, after her first two symphonies debuted, Mayer moved to Berlin to study under Adolph Bernhard Marx and Wilhelm Wieprecht. She published her works to great critical success.

Mayer’s compositional style was originally influenced by the First Viennese School—the trio of Classical composers Mozart, Haydn, and Beethoven—later developing into the Romantic styles, the feeling-infused music that people like Tchaikovsky are so well known for. This was largely due to Adolph Bernhard Marx’s influence on her compositions later on in her life.

Her symphonies are generally exciting, cleverly written, with charming usage of counterpoint and melodies that stay with you long after the piece is over. While she generally sticks to common sonata-allegro form—a sort of musical sandwich consisting of an opening thematic section, a separate middle section, and a recap of the theme. However, she has ways of neatly intertwining longer transitional periods in her music, which results in a dramatic change in key signature and overall mood of the piece.

Mayer was able to defy many of the social norms placed upon her, the expectations being that she would present single line compositions in places like salons. Instead, being financially independent due to her father’s death, and without other family holding her back, she was able to pursue a musical education with notable musical theorists of the time. Marx pushed her towards the multi-part compositions that were oftentimes deemed to be too “complicated” for women at the time. One thing unique to her writing is that she fixated on one genre for long periods of time, not constantly trying different ones like other composers.

Over her career, Mayer composed eight symphonies, seven symphonic overtures, eight violin sonatas, twelve cello sonatas, seven string quartets, and six piano trios. Sadly, few of her pieces have a score; many are still in their original handwritten form, making it difficult for groups to actually play her music.

Finding her music is comparable to finding a needle in a haystack, however, our Concert Orchestra will be playing the first movement of Mayer’s Sinfonie No. 5 at their Spring concert!  She wrote it while with Marx and thus unsurprisingly has many parallels to that of Beethoven. The opening movement is lively with both a haunting melody, an “A” theme in F minor, and a more lyrical second theme in the relative major, A flat. Finally, everything comes to a crashing halt in the recapitulation, the key signature somehow becoming an unexpected D flat Major. 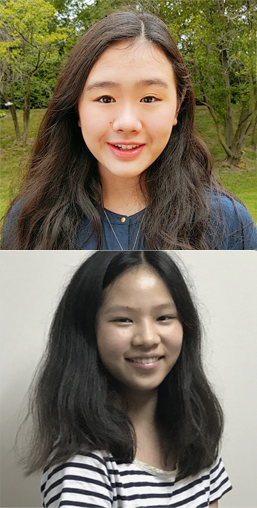 Shirley Xiong is a cellist in Philharmonic Orchestra. Although loving cello, she is (a bit) more of a piano enthusiast. She is currently a junior at New Trier High School. Some of her hobbies include collecting stuffed toys, using Photoshop, and baking.