CYSO’s Symphony Orchestra will accompany alums Anthony and Demarre McGill to perform the world premiere of composer Michael Abels’ Winged Creatures at the League of American Orchestras’ national conference on Thursday, June 14. Abels, who composed the score to the film Get Out, was commissioned by Cedille Records to write the piece specifically for the McGills and CYSO. It will be performed at a free concert open to the public on Saturday, June 16 and featured on an upcoming album to be released in 2019. Maestro Tinkham reflects on Winged Creatures, and the ways in which Abels brings together the old and new to create a wholly contemporary work.


Michael Abels’s Winged Creatures was commissioned by Cedille Records for Anthony and Demarre McGill. A new work that brings these brothers and stars of classical music together with the talented and hard working young musicians of the CYSO is a special opportunity, and Abels has made brilliant use of it, spinning a yarn of mischievously playful and unabashedly joyous music.
Abels’s games here are games of time—for one, Winged Creatures is simultaneously ancient and modern. As the soloists begin we hear a “hocketting” melody, a tune that jumps back and forth between performers. Here Abels uses a technique we can trace back to the Middle Ages, but filtered through the modern lenses of extended harmony and jaunty syncopation.
The flitting and fluttering trills and tremolos evoke the titular flying creatures in much the same way word painting was employed in Renaissance music. Word painting is a technique in which simple musical figures are used to represent specific images such as falling, sighing, weeping, or flying. It’s an old idea to “paint” images in music, and Abels does it in subtle ways throughout. Short two- and three-note groups fly across every page of the score, so much so that the slurs that tie these short groups of notes together begin to visually resemble the simple bird drawings of youth.
This age-spanning duality of influence results in a composition that feels both fresh and timeless. Winged Creatures offers a colorful, sparkling sound whose consonance belies its intricacy. 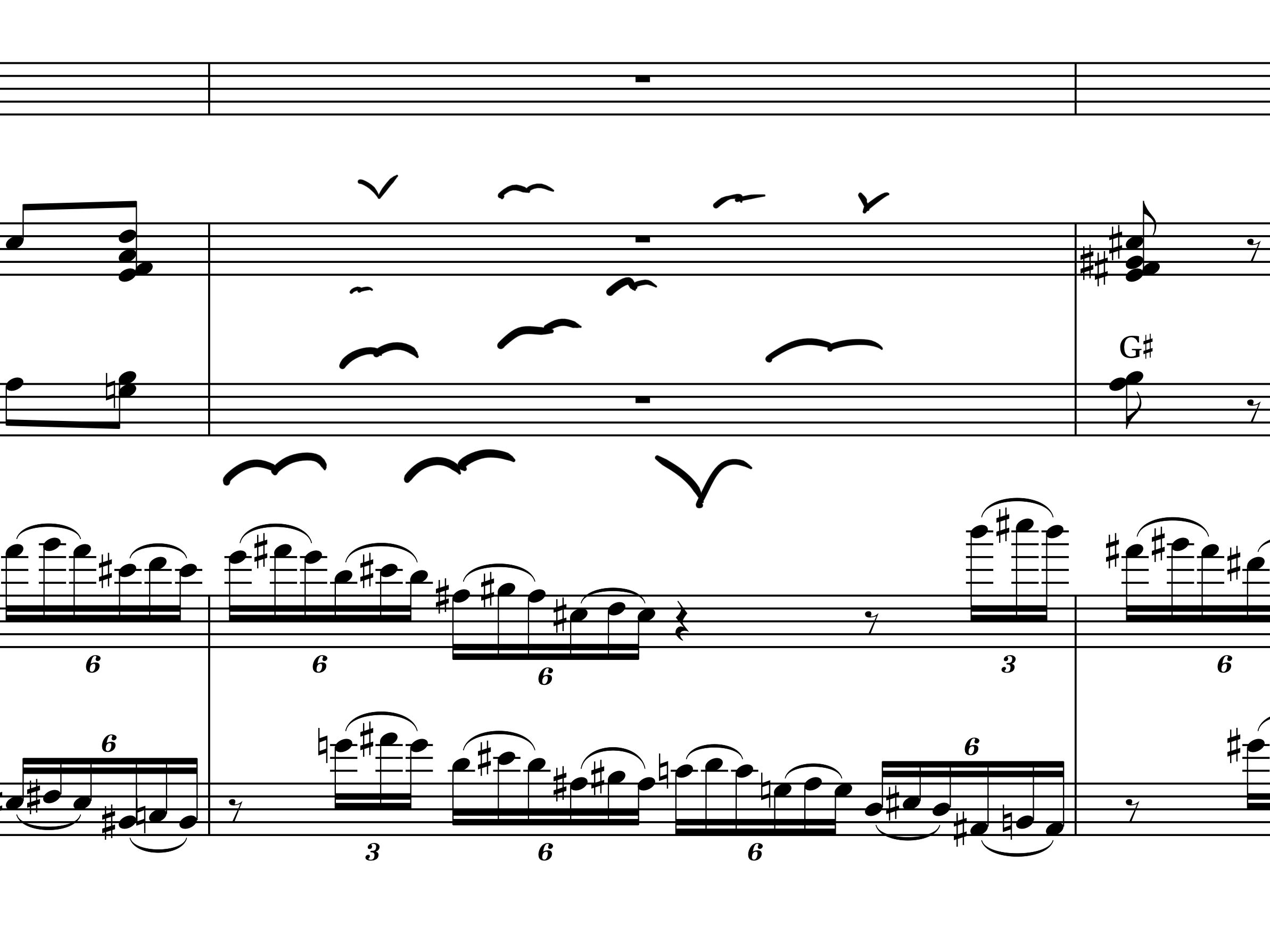 HEAR WINGED CREATURES FOR YOURSELF

CYSO's Symphony Orchestra will join Anthony and Demarre McGill for a free performance of Winged Creatures and other pieces that will be featured on the upcoming album for Cedille Records. Join us for this free concert on Saturday, June 16 at Studebaker Theater.  GET TICKETS