It was so hard to to narrow down the field of talent for our recent 4 Black Composers to Know blog post, so we decided to share a few more! Social Media Team member and Accelerando Strings violinist Leo Rodriguez wrote about four additional Black composers that every music student should get to know, listen to, and play.

A native to Washington D.C, Duke Ellington is a significant figure during the swing era, when big band music swept the nation during the 1930s and 1940s. Ellington moved to Harlem, New York, in at 24 years old in 1923 and gained national attention with his orchestral appearances at venues such as Harlem’s The Cotton Club. During his lifetime, Ellington recorded for nearly every American record company of the era and wrote more than one thousand compositions.

Watch Symphony Orchestra joined by members of Jazz Orchestra performing Ellington’s “Grand Slam Jam,” one of the only known recordings of the rare piece.

Joseph Bologne Chevalier de Saint-Georges was born in the French colony of Guadeloupe in the Caribbean. At a young age, his father took the young Saint-Georges to France for schooling and during the French revolution, he served as the first all-Black armed troop in Europe. As a composer, Saint-Georges wrote numerous string quartets as well as operas and symphonic works similar to Mozart. He was also a virtuosic violinist, conductor of one of Paris’ leading orchestras, as well as a champion fencer.

Listen to this collection of works by Saint-Georges performed by the Czech Pilsen Philharmonic Orchestra.

Born in Washington D.C in 1922, George Walker was a composer, pianist, and organist. He gave his first recital at the age of 14, while attending high school and studying at Howard University at the same time. He went on to study in the Oberlin Conservatory of Music, graduated at 18 with high honors and was admitted to Curtis Institute of Music. Walker’s compositions were influenced by  Chopin, Brahms, Beethoven, Jazz, and African-American religious music. In 1966, Walker was the first Black composer to receive the Pulitzer Prize in Music for his work, Lilacs.

Listen to Symphony Orchestra perform Walker’s Address for Orchestra at their November 2019 concert at Orchestra Hall.

Born in Texas in 1868, Scott Joplin was a composer and pianist who was known as the “King of Ragtime.” Though his career was brief, Joplin managed to write over 100 original ragtime pieces, one ragtime ballet, and two operas in just 48 years. He grew up into a musical family of railway workers and earned a living as a piano teacher. Joplin attended the Chicago World’s Columbian Exhibition of 1893, an event that played a vital part in making ragtime a national craze by 1897. His “Maple Leaf Rag,” published in 1899, brought him national fame, along with perhaps his most famous piece, “The Entertainer.” In 1976 he was posthumously awarded a Pulitzer Prize for music for his opera Treemonisha.

Listen to the Overture to Joplin’s Treemonisha, a work that embraces multiple styles in addition to ragtime.


If you enjoyed these pieces, consider purchasing CYSO’s A Celebration of Black Composers album. $10 from the sale of each album benefits Chicago Musical Pathways Initiative, which supports young Chicago-area musicians from backgrounds that are historically under-represented in the classical music world, including Black and Latinx students, among others. The album is available as a cd or digital download here. 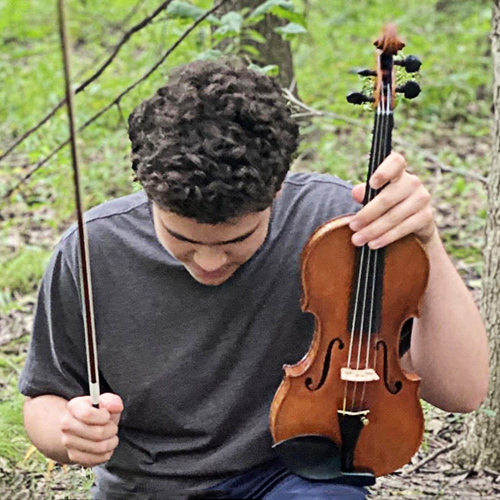 Leo Rodriguez is a violinist in CYSO’s Accelerando Strings and a member of the CYSO Social Media Team. He lives in Wilmette, IL and is a sophomore at New Trier High School and also plays in the New Trier Symphony Orchestra. Leo loves physics, biology, mathematics, and chemistry and a is a member of Science Olympiad. In his free time, he enjoys reading Shakespeare, playing viola, and composing music.