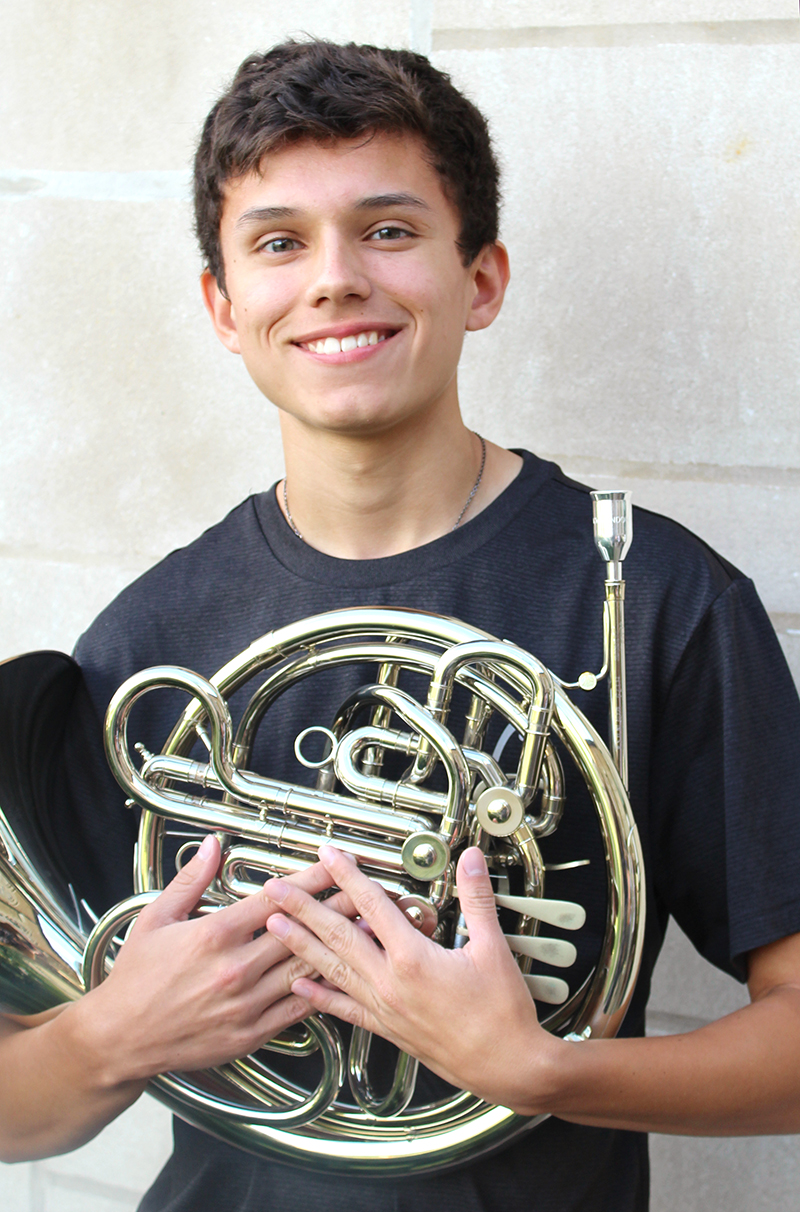 Back in the fall, the Chicago Tribune‘s Daily Southtown ran a story about Symphony Orchestra french horn player and Tinley Park High School senior Sean Ford. Sean will be joining CYSO on our June 2019 Tour of the Baltics and had come up with a unique fundraising strategy to help cover the cost—creating his own raffle. By going door-to-door selling tickets in his neighborhood and among students at staff at school, Sean was able to raise nearly $1000. Combined with two summer jobs and a contribution from his school, his fundraising hustle is definitely admirable

Oliver: How did you get involved with CYSO?

Sean: I’ve been in the program since my freshman year of high school and heard about it from my middle school band director, Mr. Jason Freeland, and my friend and CYSO alum, Mikey Harms. When I was in 7th grade, Mikey auditioned for the program and got in. I saw how much fun Mikey was having and, of course, how good he was, and wanted to get more involved music. I was too late to audition that year, but when 8th grade came, I auditioned and was ecstatic when I made it into the Concert Orchestra. 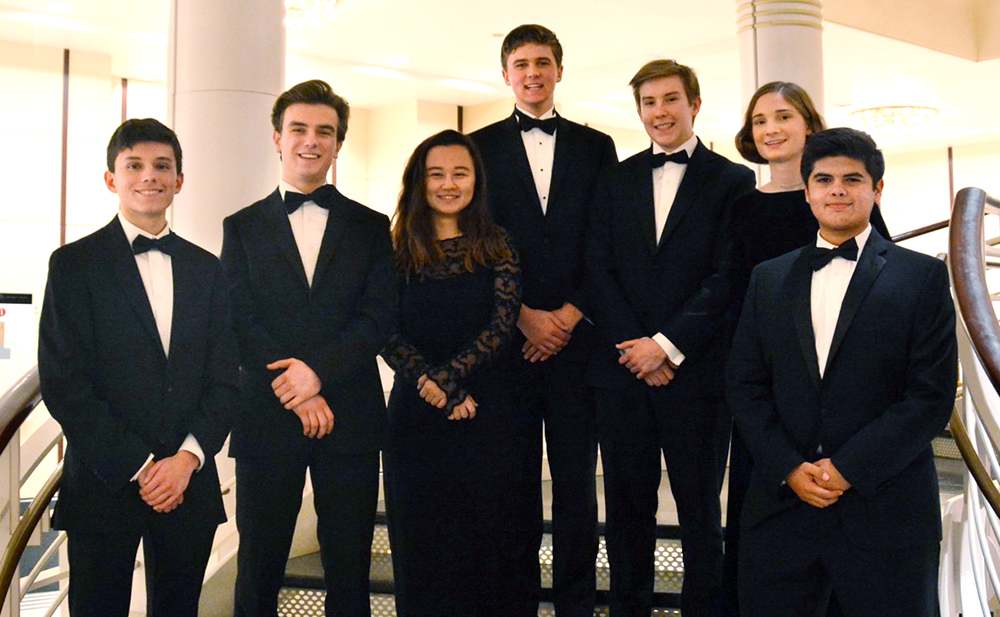 This summer, CYSO’s Tour of the Baltics will visit Sweden, Finland, Estonia, and Russia. What was your initial reaction to the tour announcement?

I was amazed at the opportunity, but also nervous that I wouldn’t be able to take it. I knew it was going to be a large expense and felt bad that my parents would have to bear the brunt of it, so I promised myself and them that I would do everything I could to help out if they let me go. Outside of finances, however, I was thrilled by the announcement and couldn’t wait for the day we would depart!

How did you decide to raise money to cover the cost of going on tour?

I raised money in a few ways, one of which being traditional jobs and the other being good old fashioned door to door fundraising. I took on two jobs this past summer, which helped me get work experience and was also a source of funds.

As far as fundraising, I owe the majority of my success to my awesome school, Tinley Park High School. My principal, Dr. Theresa Nolan, offered me the opportunity to sell raffle tickets for a package including Cubs and White Sox tickets, a manicure/pedicure, and—my own addition—piano lessons that I would teach. I put together the raffle using a regular roll of raffle tickets and a couple jars that I cut holes in the top of. I created a little spiel with all the prizes, ticket prices, and the reason I was fundraising. Then I mostly went door to door and put the information on my Snapchat story to spread the word!

Selling the tickets was much more pleasant than I expected. Most people who answered the door were really receptive and kind. They were generally really interested in the organization and destinations, and most were excited to buy a raffle ticket.

Notifying the winners was definitely my favorite part of the whole project. One was actually a teacher at my school who has a family that absolutely loves the Cubs, so they were ecstatic when I told them.  In addition, without my asking, the staff at my school came together to offer a donation of the utmost generosity that really provided the extra help that I needed. I can’t thank them enough!

How much money were you able to raise?

Through my school-supported fundraising, I raised just over $1,000. The remainder of my fundraising came from my school’s donation, giving piano lessons, and my summer jobs. I intend to start a GoFundMe page that can help add to the total! 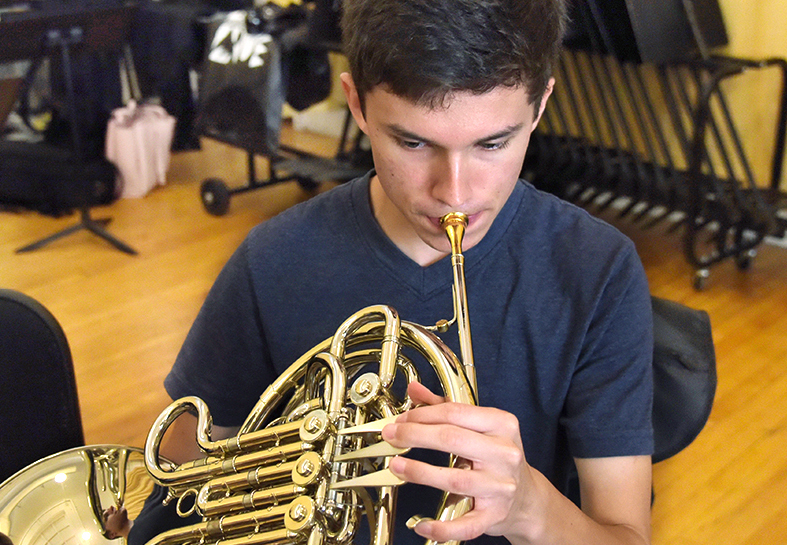 When I heard that my fundraising got press coverage, I was surprised. I felt a little weird seeing my story, but also really glad that my hard work was recognized and that I could tell everyone about how supportive my school and community are! I would not have had the success I did if it weren’t for them.

What are you looking forward to on tour?

I hope to learn about the different European cultures in our destinations and absorb all the cultural knowledge that I can! Of course, this is in addition to the opportunity to play in the concert halls of the Baltics, but the opportunity to witness the variety of cultures is something I truly cherish.

I am particularly looking forward to the White Nights [the period during the summer in locations near the Artic when the sun never fully sets]. It gets too dark too early here in Illinois, but from what I’ve heard, our destinations are especially beautiful in the summer, so I can’t wait to see it for myself!

Oliver Talukder is co-principal oboist in CYSO’s Symphony Orchestra and a veteran member of the Social Media Team. Oliver has played with CYSO for three years and studies with Xiomara Mass. He is junior at Maine East High School and enjoys singing opera in his spare time.