Sir Andrew Davis serves as Music Director and Principal Conductor of Lyric Opera of Chicago. Maestro Davis has directed several of the world’s leading symphonic ensembles, including the BBC Symphony Orchestra, Glyndebourne Festival Opera, and the Toronto Symphony Orchestra. From April 13 to May 3, 2020, Maestro Davis and Lyric Opera will present North America’s first new rendition of Richard Wagner’s Der Ring des Nibelungen (The Ring of the Nibelung) in three complete cycles. The Ring cycle—as it’s commonly known—was composed in 1874 and is loosely based on Norse mythology. The cycle is comprised of four distinct operas which are performed over a combined seventeen hours.
This spring, CYSO’s Symphony Orchestra will present an arrangement of all four Ring operas, featuring some of the most iconic and captivating music from Wagner’s works. On February 16, 2020, Maestro Davis joined Symphony Orchestra’s first rehearsal of the piece and throughout the three-hour run-through, generously offered his insights into the operas.
Following the rehearsal, Sir Andrew Davis sat down for tea and cookies with members of our media team to discuss the challenges facing young musicians and the nuances of the Ring operas. Maestro Davis shared stories of his own time as a young musician and insight into the professional music world in the interview conducted by Symphony Orchestra students Catherine Ramsey (harp) and Oliver Talukder (oboe).
Note: this interview has been edited slightly for length and clarity

CR: How were you first introduced to music in your childhood?
SAD: Well, my mother always said I sang before I spoke. [My parents] bought a piano when I was five and once I saw it I couldn’t be parted from it. I had local piano lessons for a while. My piano teacher thought I was wonderful. My poor sister, on the other hand, didn’t take to the piano as I had and got the whole ruler-on-the-knuckles treatment. It’s a wonder she doesn’t hate music, because she doesn’t, she still loves it.
[I started by playing] some Bach and Beethoven, and maybe some Chopin. When I went to London on Saturday mornings, there was a teacher who taught us the history of music and ear training. My first glimpse of a 20th century composer was Stravinsky and I was hooked instantly.
I went one day to my local record shop and decided I was going to buy a piece by a 20th century composer I knew nothing about. So I bought a 10-inch LP—this was probably about 1958 I would think—and it was of the Berg violin concerto. It’s a glorious, fantastic piece… that began my love affair with Berg. That’s how my whole musical world was opened up at that time, to repertoire I didn’t know anything about. When I was conductor of the BBC Symphony Orchestra, which was from 1989 to 2000, I did a lot of new music: 20th century pieces but also a lot of commissioned pieces.
OT: Were you in a youth orchestra?
SAD: No, I wasn’t. Through my teens, I used to go up to the Royal Academy of Music in London and they had an orchestra, where I was at one point the Principal Oboe. But oboe was definitely my second instrument. I wasn’t very good. Why am I telling you this for publication? [laughter] 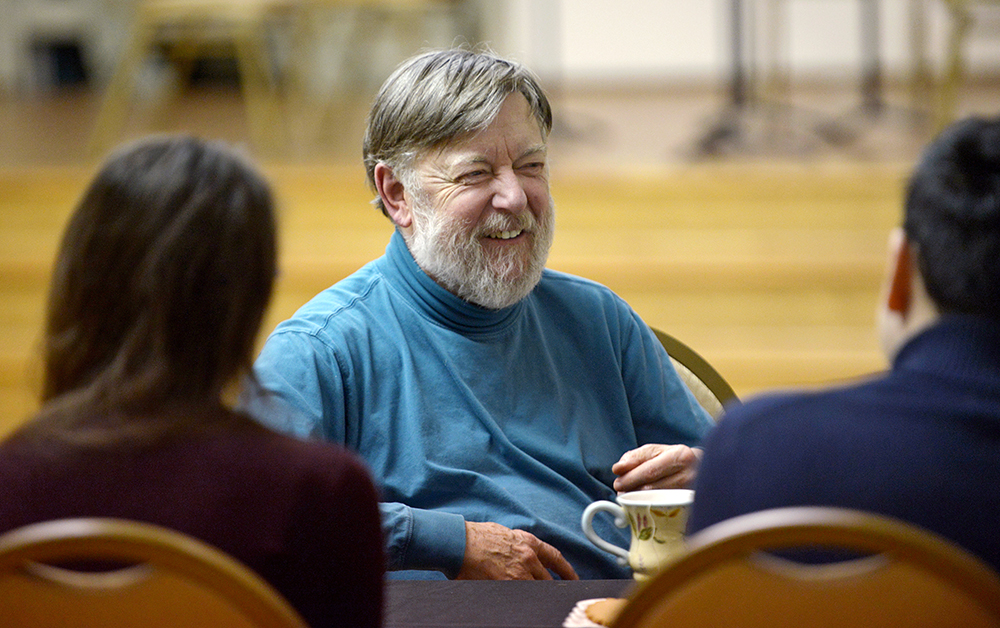 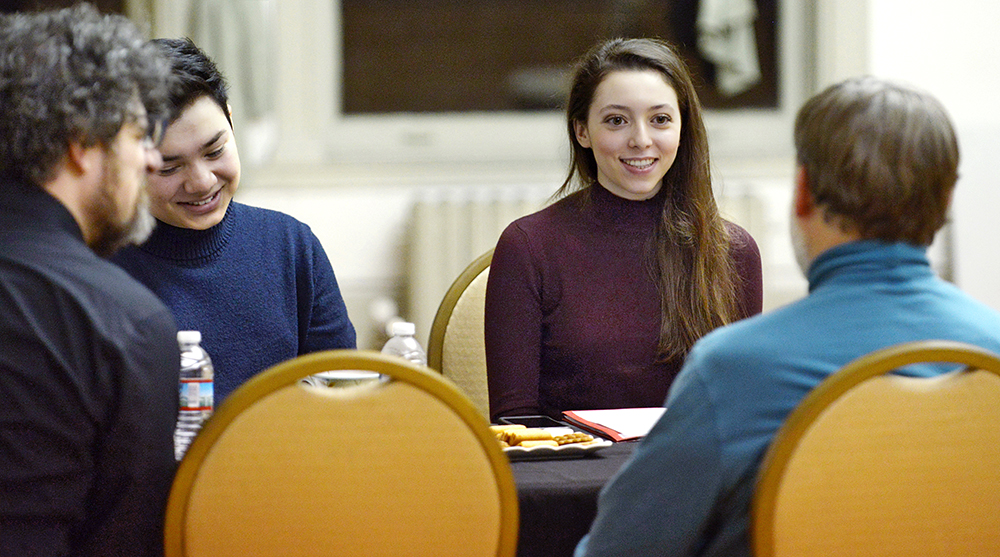 CR: Did you have any other aspirations as a child or was music something you knew you were going to continue?
SAD: What happened when my voice broke when I was about thirteen or so, because I sang in the local church choir, the assistant organist of the church [who was leaving] asked me if I would like to become the assistant organist. So I taught myself to begin with. When I won the organist scholarship to King’s College Cambridge, at that point I assumed I would eventually end up in the organ world as the organist of an English cathedral somewhere. I still love that music. But then I got interested in conducting in my last couple of years at Cambridge and… I went and studied in Italy. Before I left school, I was one of three people in my year who studied classics, Latin and Greek. I actually could have gotten a scholarship to study Latin and Greek. 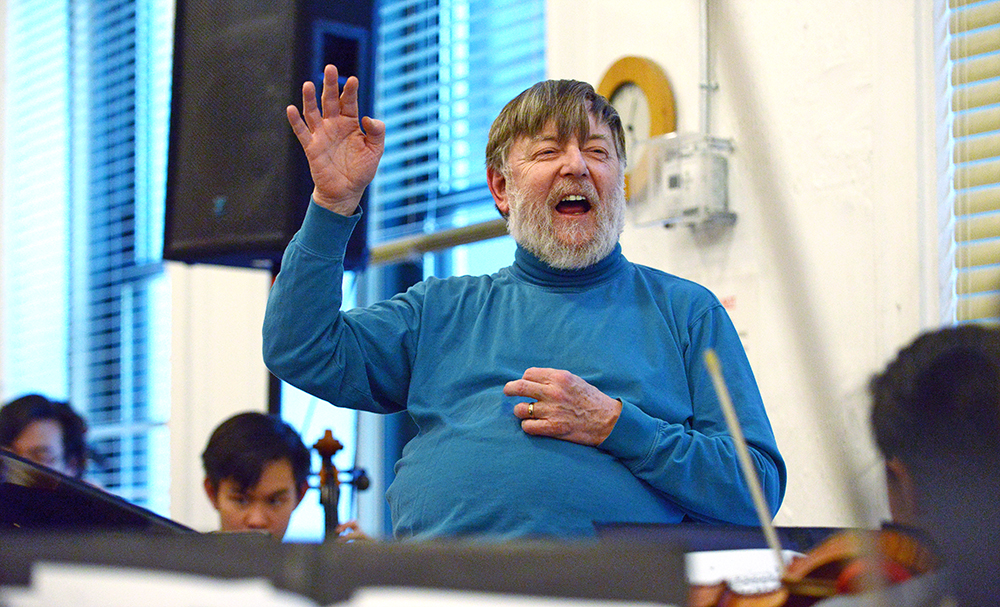 CR: What about your mentors growing up? Do you have any takeaways from them that you have carried into your professional life?
SAD: [My mentors included] my piano teacher when I was about twelve and then my organ teacher. I was a great fan of English conductor Sir John Barbirolli, who was the conductor of the Hallé Orchestra. My first wife played in that orchestra for a while so I used to go and watch his rehearsals. I learned a lot from him. The other person I admired a great deal was sort of the complete opposite because Barbirolli was a very romantic conductor—his Mahler was always very interesting—but the other person I used to go to rehearsals of was Otto Klemperer. He was the great Beethoven master at the time. There have been other people who also had a big influence on me—the great British singer Janet Baker. I worked with her quite a lot and she was very encouraging to me when I was young.

CR: What is the best piece of advice you received as a young musician, growing up?
SAD: I got an enormous amount of encouragement. It’s not to say that my teachers weren’t critical…they were quite demanding. I suppose there was always something inside me that knew that [music was] what I wanted to do eventually. I was very lucky in terms of how my career started as a conductor because I got some opportunities to take over after another conductor.
I also won an audition to be the Assistant Conductor of the BBC Scottish Symphony Orchestra in Glasgow which was a two-year appointment. The contract stipulated that I had to record 40 programs a year. The producer of the radio broadcast then was very encouraging to me at the time because I was doing all of this new repertoire. It was an invaluable experience. In those two years I had to learn a lot of music. I remember him saying to me, “I’ll dig you out of the snow drift if necessary.” So there were people that believed in me and encouraged me in difficult times. 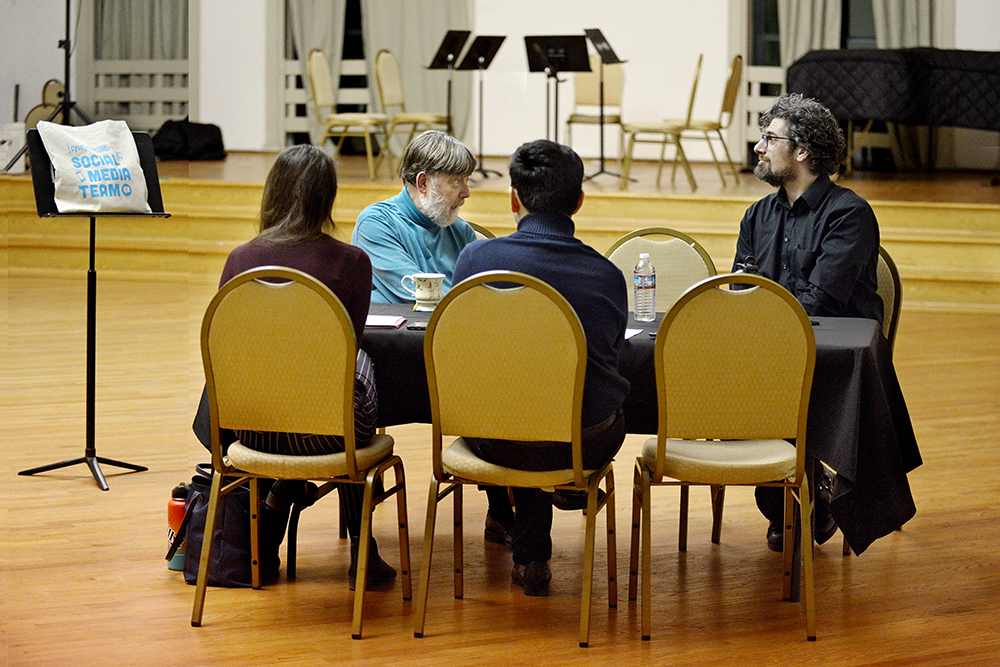 Read part 2 of our interview with Sir Andrew.

Catherine Ramsey is the principal harpist of CYSO’s Symphony Orchestra and is a senior at Downers Grove North High School where she participates in the orchestra (harp) and marching band (flute). Catherine shares the music of the harp around the Chicago-land area, regularly performing for private events and public festivals. Aside from music, Catherine enjoys being active and stretching her creative bounds through photography.
Oliver Talukder is co-principal oboist in Symphony Orchestra and a veteran member of the CYSO’s Social Media Team. Oliver has played with CYSO for four years and studies with Will Welter. He is a senior at Maine East High School and enjoys singing opera in his spare time.