CYSO is gearing up for our final performance of the year! Join us online on Saturday, June 12 at 5:00 pm CST for our spring virtual concert. While the concerts themselves will debut online, we were thrilled to capture live video and audio performances from many of our young musicians over the past few weeks. The final videos will include fully in-person performances with live video and audio recording, remote performances, and combinations of the two. 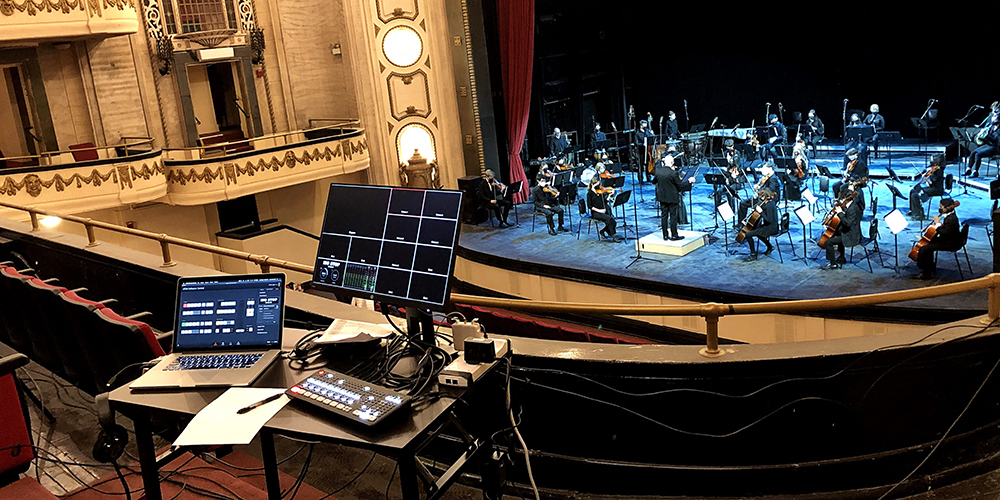 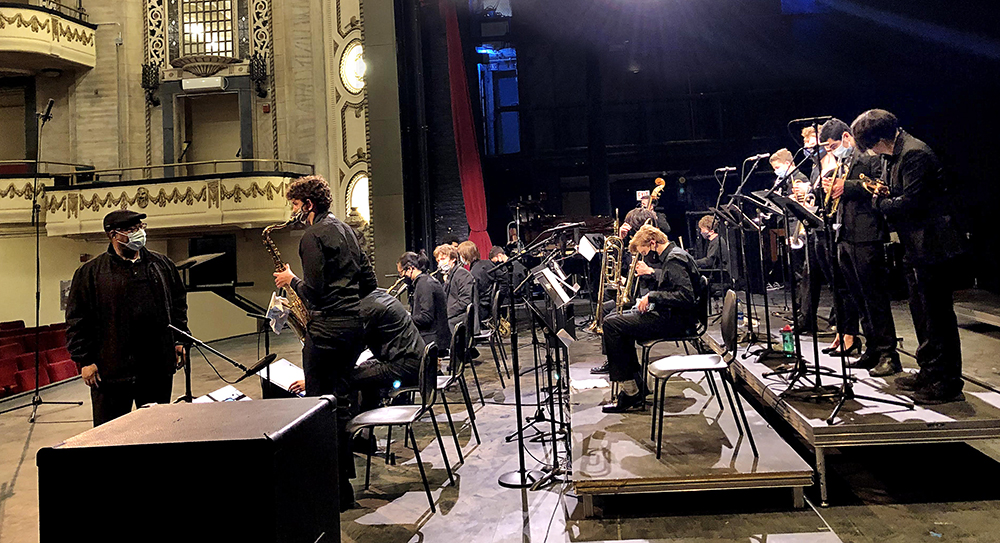 Most ensembles recorded at the Fine Arts Building’s Studebaker Theater over the course of two weekend in mid-May. Smaller ensembles gathered at one time and larger ones in different pods to record both video and audio. For those who weren’t comfortable attending in person, their audio and video will be spliced into the final performance videos that will debut on June 12. 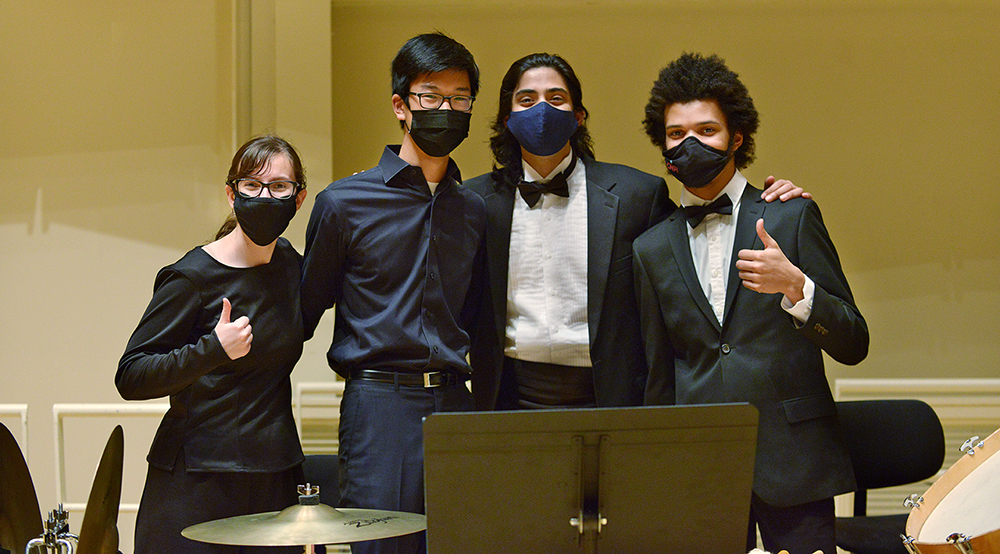 Symphony Orchestra musicians recorded in small group pods on Sunday, May 16. For some it was a return to the old stomping grounds where Symphony students perform in the fall and spring on a normal year. For many musicians for whom the 20/21 season was their first in Symphony Orchestra, it was their very first chance to perform on the Orchestra Hall stage.

We were honored to be joined by composer Marcus Norris, whose piece, My Idols are Dead, will be performed by one of the Symphony Orchestra pods.

Follow along with the online performances and read about what else we’ve been up to over the past few months by downloading a copy of our spring program book.

Tickets are now on sale for the June 12 debut of each of these unique performance videos. After a season unlike any other before it, we’re thrilled to show off the hard work and dedication shown by each of CYSO’s young musicians. Don’t miss it!