Our Contemporary Symphony Showdown selections are William Grant Still’s Afro-American Symphony and Jean Sibelius’s Symphony no. 5. Read on for our deep dive into the Contemporary Period.

For the purposes of our Summer Symphony Showdown, the Contemporary period includes both the 20th and 21st centuries together. This makes the Contemporary era the longest of the four divisions, not to mention the densest in terms of all the knowledge we have available from the past 120 years. There are countless records and sources that detail the music history of the 20th century and present day, far too many to cover in one blog post! However, we hope to provide a brief overview that will encourage you to further explore Contemporary music history on your own.

The Contemporary Period was prefaced by a new visual art movement, Impressionism, which rejected the ideas of Romanticism and reflected the artist’s impression of the world around them. During the final years of the 19th century, composers including Debussy and Ravel helped to shift music composition towards this new impressionist viewpoint, bringing the Romantic Period to an end.

Inspired by Impressionism, Contemporary pieces vary significantly because each represents the composer’s individual perspective. Some Contemporary characteristics include dissonance, complex rhythms and melodies, a greater emphasis on percussive sounds and techniques, and the introduction of electronic and synthetic instruments. 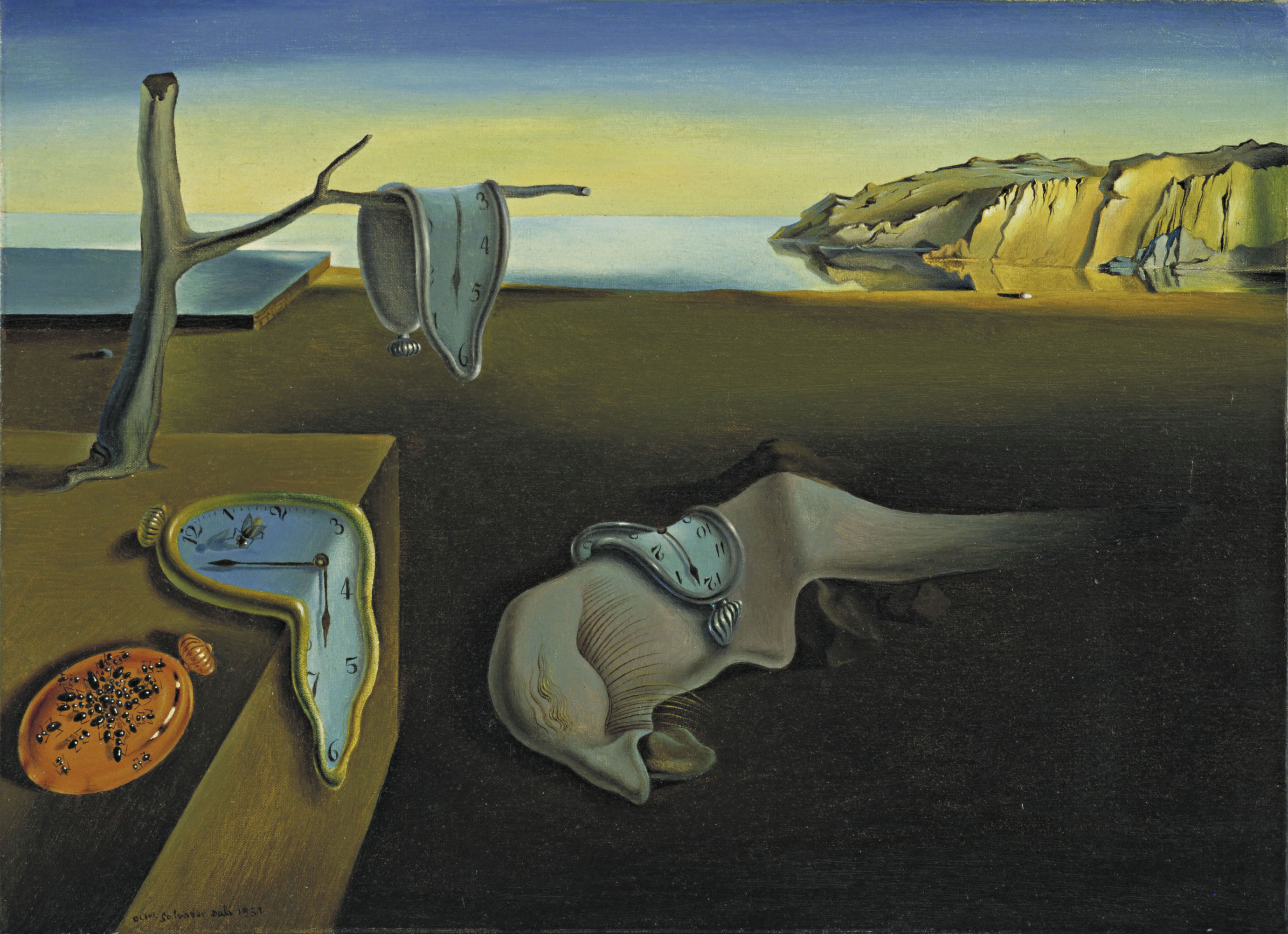 The Persistence of Memory, a Surrealist painting by Salvador Dali from 1931.

When analyzing the music history of this time period closely, a shift is noticed where music became more atonal. Post-modernist music emerged toward the end of the 20th century and has come to dominate the classical music scene through to present day.

However, this break from tonality has been noticed as early as 1908 when Arnold Schoenberg’s composed his Second String Quartet. Atonality became more prominent in compositions as a result of the World Wars. Artists sought to strip music of its emotion, even going so far as to identify notes numerically without any sonic representation in order to guide their compositions. Composers have since been embracing new freedoms with their writing, deviating from the “comfort” of tonality that has dominated music composition for centuries.

FUN FACT: MINIMALISM WAS INTRODUCED TO CONTEMPORARY MUSIC BY COMPOSERS INCLUDING PHILLIP GLASS AND STEVE REICH.

A number of social movements around the world dominated the 20th century and have inspired many classical music compositions. Issues surrounding race, gender and politics became the focal points of many Contemporary works.

In Russia, political unrest was slowly leading the country to the revolution of 1917. However, Shostakovich’s Symphony no. 11 was written to reflect the struggles his country faced in 1905 that prefaced the later revolution. His later work Festive Overture celebrates the eventual Revolution of 1917 which successfully removed the Tsar from power and established the Russian Soviet Federative Socialist Republic.

In the United States, the Harlem Renaissance took place during the early 20th century and was a celebration of Black culture where blues and jazz triumphed. The Civil Rights Movement of the 1950s and 60s emphasized Black culture through jazz and blues songs to voice revolutionary calls to action and demands for change. In honor of the Civil Rights Movement, many late-2oth and early-21st century composers have created classical pieces to reflect strength and solidarity. One of these compositions is A Movement for Rosa, composed for concert band by Mark Camphouse in 1992, which honors Rosa Parks. The piece is a tone poem and is underscored by themes from We Shall Overcome.

William Grant Still (1895-1978) had a unique musical upbringing, teaching himself a variety of instruments from a young age. Despite his mother’s concern that as Black composers, he would face extreme difficulty finding work, Still continued his music education at Oberlin College. His music is deeply influenced by the struggles and social issues faced by Black Americans, and his Afro-American Symphony blends many unique characteristics of Black culture and history. In addition to jazz and spirituals, the piece combines blues with the traditional forms of classical music. This work was the first symphony written by a Black composer to be performed by a major orchestra, premiered in 1931 by the Rochester Philharmonic.

Listen to this performance of William Grant Still’s “Afro-American Symphony,” performed by the Detroit Symphony Orchestra.

ABOUT SIBELIUS’S SYMPHONY NO. 5

Jean Sibelius is a prime example of 20th century nationalism that thrived in the compositions of the day. Known for works such as Finlandia, the Finnish composer embodied national pride in his music. Sibelius created some of his best works during darker periods of his life and times of war, reflecting his tumultuous emotions in his pieces. His Symphony no. 5 went through a number of revisions even after its world premiere in 1915. While composing the original score, Sibelius—being a late-Romantic composer at heart—received harsh criticism for continuing to write music in a style that had become out of fashion. Today, however, it is that old fashioned style that makes Sibelus’s music so recognizable.

Watch this performance of Jean Sibelius’s “Symphony no. 5,” by the Frankfurt Radio Symphony Orchestra.