Tour of the Baltics 2019: A Temporary Farewell 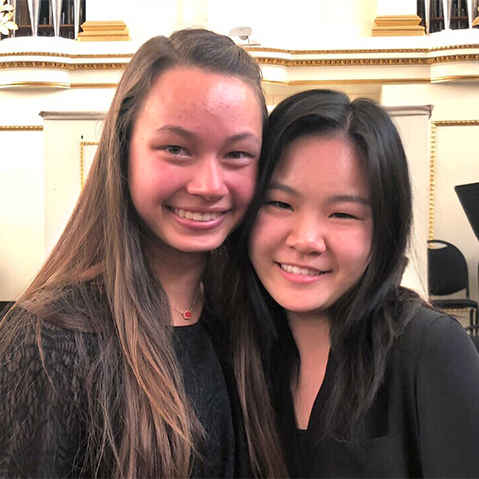 Violinist and rising senior Nicole Tong, who served as Co-Concertmaster on tour, reflects on the bittersweet moment when tour is over, the family that’s built by playing in an orchestra, and the “roots” that remain even after a student leaves CYSO.

Every summer near the Arctic, reindeer deliver calves on the thawing mountain slopes. After only a few months of grazing on tough moss and lichens, the newborns take the arduous voyage further south, migrating to escape the icy weather. These reindeer must say goodbye after what must feel like a short-lived summer season.

As for CYSO’s Symphony Orchestra, it seems our time together has been far too short as well. We spent the past few years stressing out about school, playing our favorite classical pieces, and growing up. Whether we were in the ensemble for one year or five, each of us experienced the bonds of family. We connected over TwoSet Violin inside jokes and debated whether or not the musician stereotypes were really true (violinists are cutthroat, while French horn players are easy-going and always laugh when the conductor is talking). 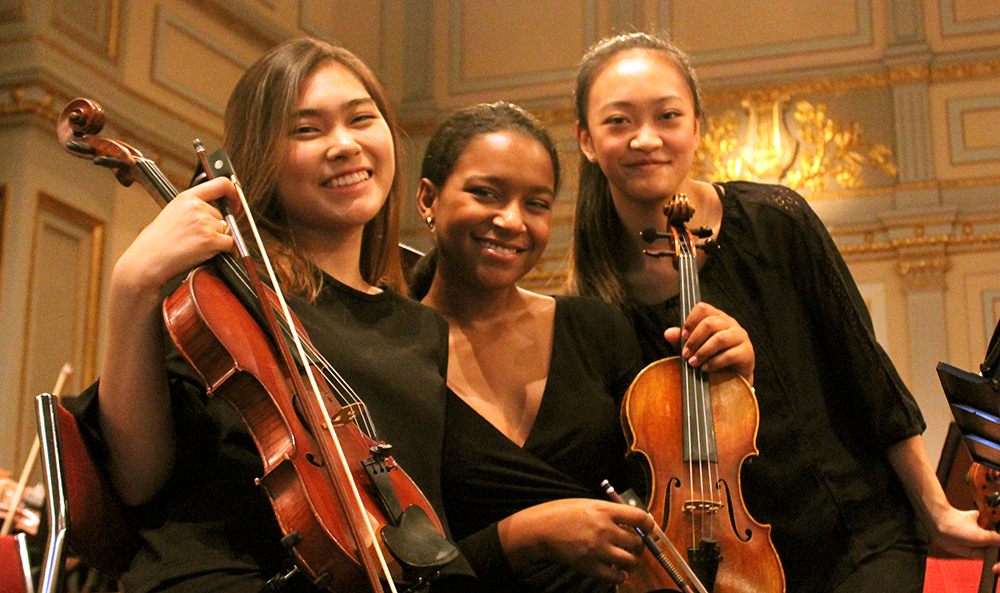 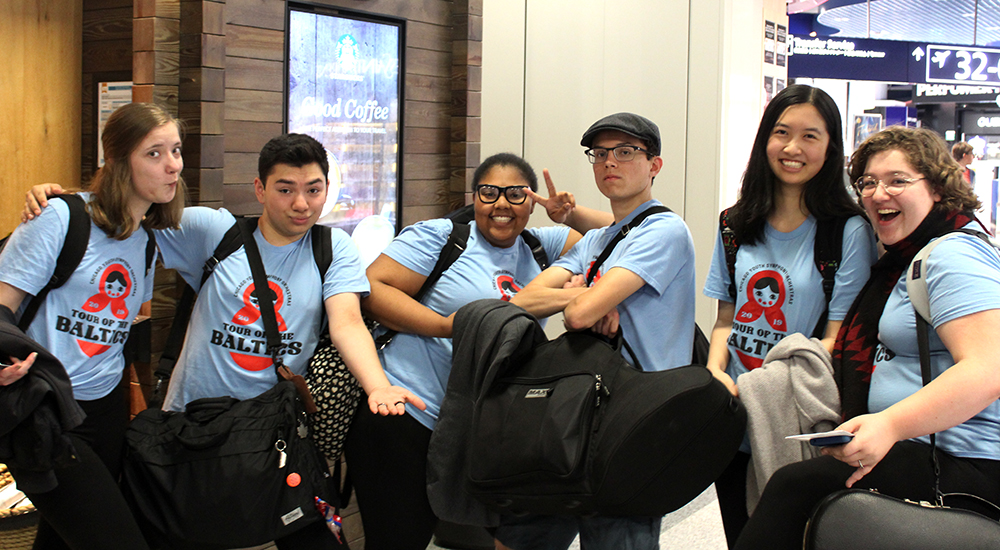 One last time on tour, we got to travel together through space and time. When life is supposedly about the journey and not the destination, we certainly experienced our share of journeying—long flights and white nights, the incessant rocking of the ferry from Stockholm to Helsinki, and the lengthy Russian customs process.

On tour, I learned about the sacred status of the reindeer, which Scandinavians have relied on for survival for thousands of years. I realized that just like the reindeer, we musicians have learned to adapt to the unpleasant wild. We traveled as a herd, sleeping on each other’s shoulders, aggressively playing cards, and maniacally chanting the lyrics to Bohemian Rhapsody on karaoke night as the Europeans looked on. 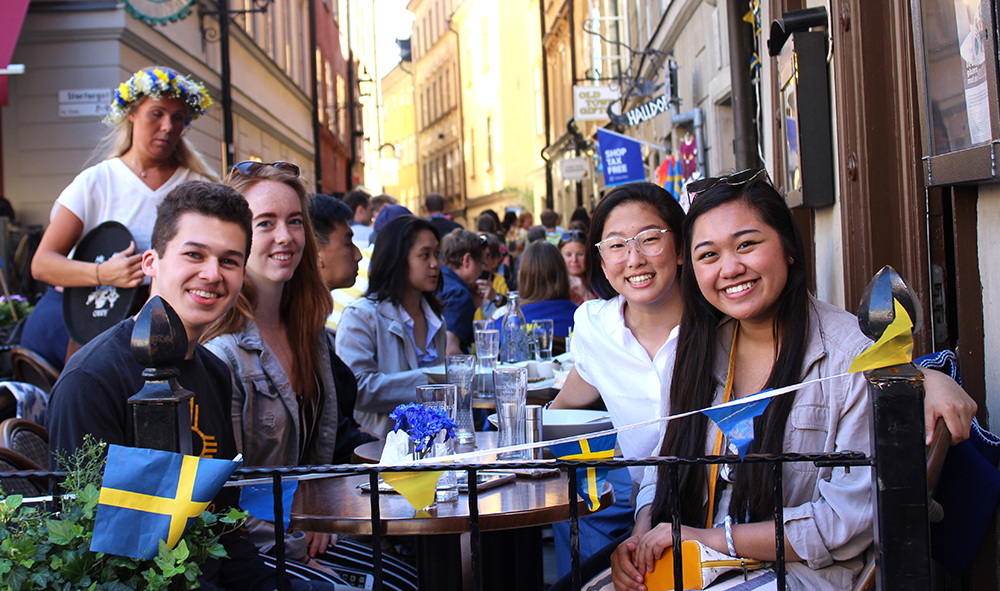 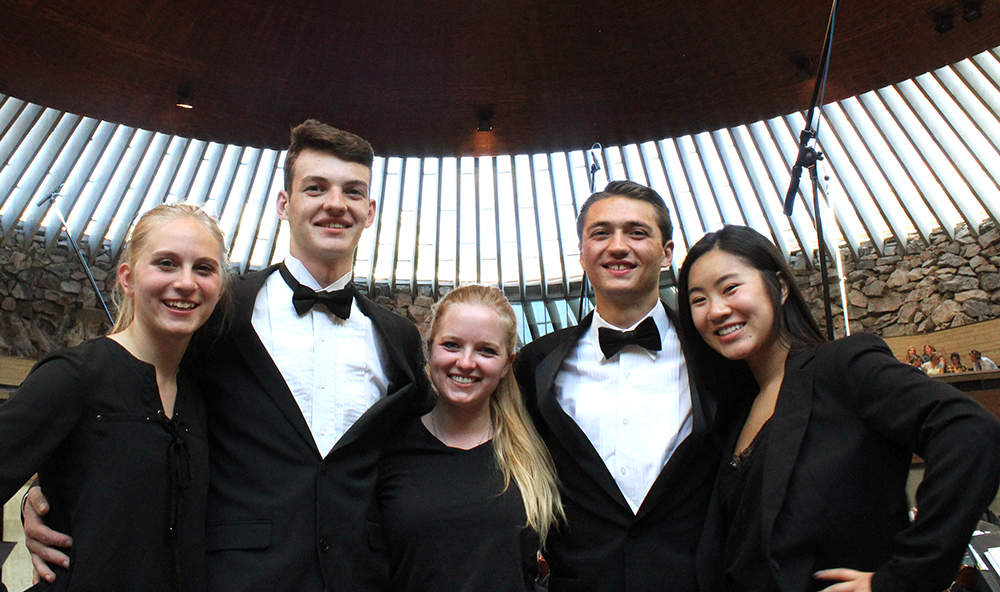 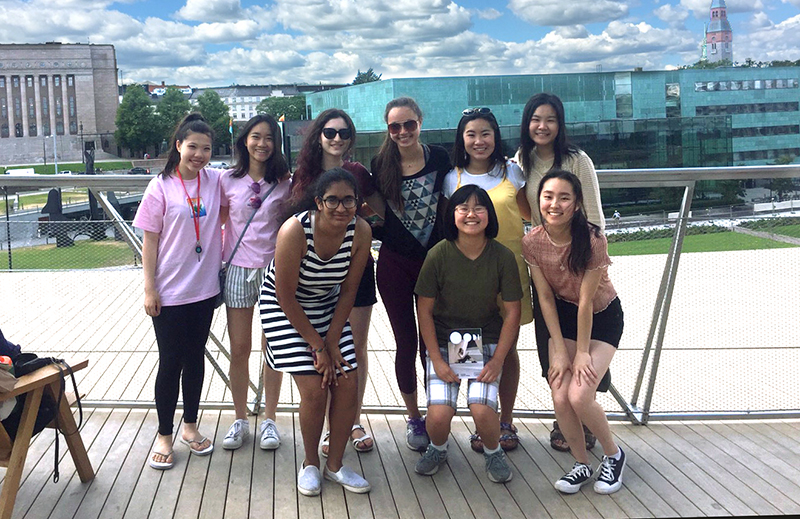 How does one convey the sentiment of premature nostalgia? I thought saying goodbye would be tearful exchanges at the baggage claim in O’Hare. It seemed too early for the ache of leaving people behind. Like the newborn reindeer not quite ready for their migration, we spotted the first signs of frost on the blades of tundra grassland, and we knew the time to leave was coming.

We knew it would not only be the last time we all performed together, but for many of us, it would be the last time we would play this amazing repertoire. I treasured each note of Stravinsky’s Firebird Suite and pressed my fingers so hard during the Barber Adagio that the indentations almost bled. As I looked around on stage, I saw many seniors’ eyes brimming with tears.

In this limbo between saying goodbye and moving on, we as an orchestra had time to reflect. It seems like yesterday when I met some of my closest friends in the rehearsal room on the eighth floor of the Fine Arts Building. After our final concert in St. Petersburg, many of us stayed on stage and recounted memories of when we had met, as if by not leaving that final performance we could survive in the limbo between memory and reality. 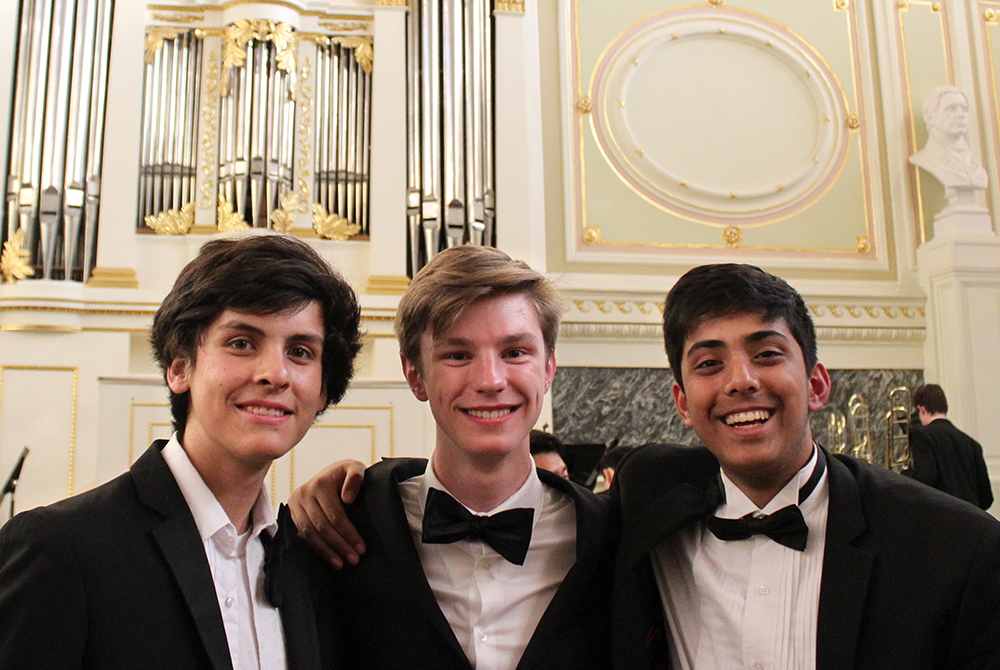 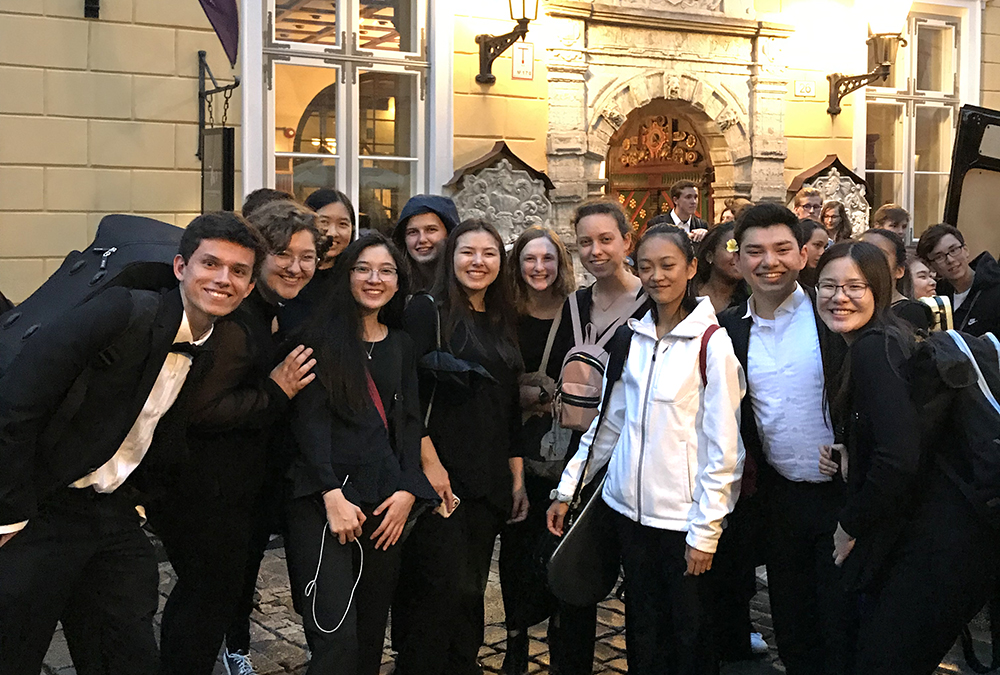 We stayed on stage for forty minutes after the concert, laughing as we recalled things only CYSO musicians that year would understand. Remember when the orchestra was set up the other way in the rehearsal room, so you’d have to look over your shoulder to see the clock? Remember when we were all blown away by Opal Staples and instantly felt a deeper connection to Chicago soul music during Gala rehearsals?

A reindeer is incredible, not only in its grace and beauty, but in its adaptations to the wild. Its most impressive feature is a furry coat of insulation that transforms from thin and brown in summer heat to thick and gray to battle the icy winter weather. Their wide hooves help the animals move through snow and tundra; they also help propel the animal when it swims.

CYSO has taught us to adapt, just like the reindeer. We’ve learned to listen to one another, and to empathize. Each section takes its turn as the melody and is flexible when following another instrument’s tempo. But now that the 2018-2019 season is over, we will pursue our disparate dreams. Some will eventually enter the professional world of music which CYSO has prepared us for, but others will become the next doctors, engineers, teachers, and leaders. 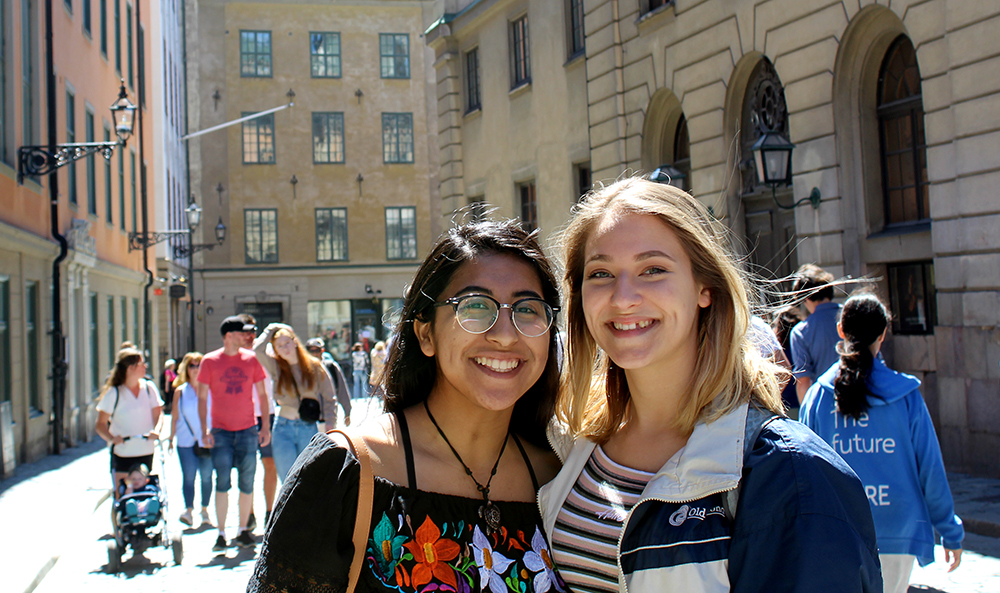 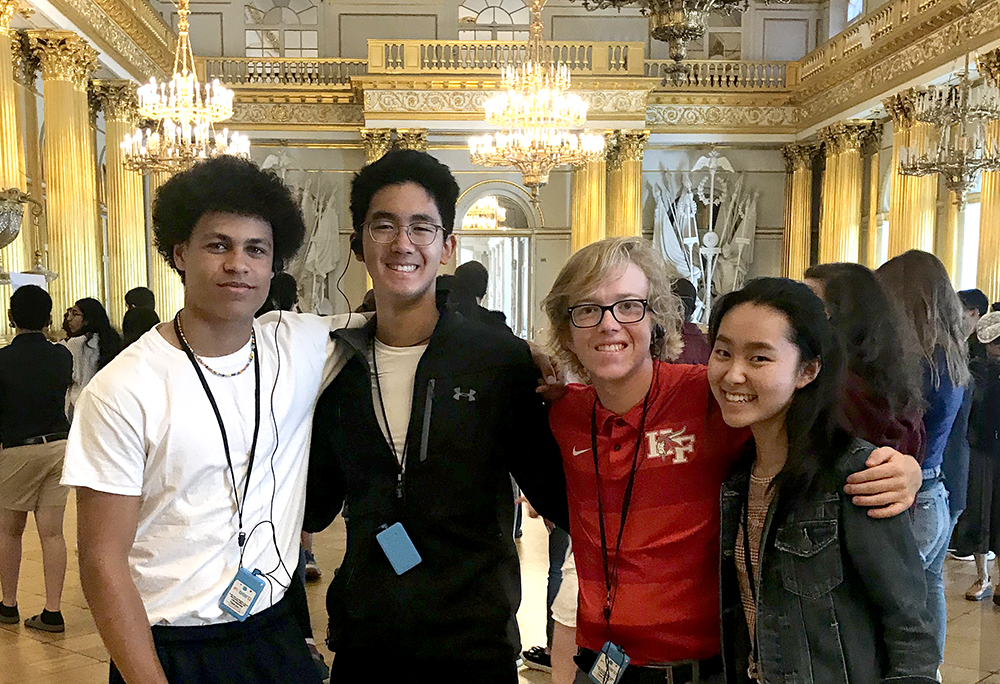 Luckily, the cycle of migration is continuous. I like to believe that eventually, some of us will end up in the same place once more. Who knows, perhaps we will spot a strangely familiar face from across an audience in New York City, or better yet, at Orchestra Hall attending one of CYSO’s concerts as alumni.

As for me, I have one more year in this organization I call family, and I plan to cherish it. I wish the newest members of CYSO alumnae all the best on their next journey into the wild. And remember, our migration patterns may split, but our roots will always be the same.

Nicole (Weirui) Tong is currently concertmaster of CYSO’s Symphony Orchestra and has been a member of the organization for the past six years. She is a rising senior at Naperville North High School. In her spare time, Nicole enjoys traveling, writing, memorizing tongue-twisting raps, and binge watching Planet Earth.