This Women’s History Month, we wanted to shine a light on a few of the women conductors who are breaking the mold at the top of their field. CYSO is proud to have two highly accomplished women conductors on staff—Director of String Ensembles Daniella Valdez at the head of Accelerando Strings and Preparatory Strings, as well as Assistant Director of String Ensembles Anne Hyunh McTighe leading Overture Strings and assisting with Preparatory Strings. But why is it still so rare to see women in leadership positions in orchestras across the country? Social Media Team member and Symphony Orchestra violinist Shreya Dudeja looked into the challenges facing women conductors and two inspiring women who have risen to the top of the field.

Women conductors are underrepresented in classical music. It is unfortunate that there is such a small number of female conductors, since so many women take part in music performance farther down the musical “food chain.” Out of the 537 orchestra members in the League of American Orchestras, only 60 are directed by women. This Women’s History Month, we want to take the time to appreciate a few of the most influential women conductors in the world and draw attention to the challenges and prejudices women may face when fighting for their spot on the podium.

Ms. Alsop studied at Yale University and The Juilliard School. Yet even as a highly qualified musician, she was rejected from many positions solely because of her gender.
Undeterred, Alsop create her own orchestra to conduct while in her mid-twenties. As her career progressed, Alsop also made sure that though she was one of the first influential women conductors in classical music, she would not be the last. She established the Taki Alsop Conducting Fellowship to motivate young female conductors to cultivate their skills and make it to the top.

Zhang has been committed to classical music throughout her life and worked hard to get to where she is today. At age four, she wanted to learn the piano but most privately-owned pianos in China had been destroyed in the Cultural Revolution. Zhang’s father, a luthier and self-taught musician, built her a piano to learn on. As an adult, Xian Zhang has conducted in London, Paris, Poland, Italy, and more. In fact, she was the first woman to conduct an Italian orchestra in 2009.  As an internationally respected woman in classical music, Xian Zhang is the image of perseverance and hard work.

Conductors like Marin Alsop and Xian Zhang show that it is possible to be a woman and make it to the top in classical music. Not only is it possible, it is important that women continue to make it to the top of the classical music world. These women, along with all female conductors, deserve to be celebrated and recognized as the revolutionaries that they are. Women conductors work hard every day to inspire young people of all genders to follow their dreams and claim their rightful places on the podiums of the greatest orchestras in the world. 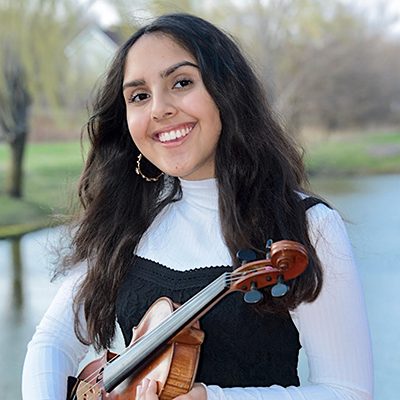