After a warm welcome in Berlin, our second tour stop was Leipzig, known for its many links to classical music. Harpist Jessica Chen reflects on the excursion to Handel’s old stomping grounds in Halle and onto Leipzig to visit sites devoted to Bach and the Mendelssohns, followed by a packed concert at Gewandhaus.

After a quick breakfast in Berlin, we packed our bags and headed to the bus for Leipzig. On the way there we made a stop at the city of Halle— birthplace of George Friedrich Handel. The beautiful city was paved with cobblestone roads and old buildings lining small alleyways. We started off with a tour of the city, learning about the musical history and even visited the church where Handel (and coincidentally our tour guide) was baptized.

We took some time to visit the Handelhaus, a museum dedicated to Handel, filled with manuscripts and instruments from throughout history ranging from mechanic instruments, early brass, violins, harpsichords, organs, and my personal favorite— an odd hybrid of a harp and piano (Harfepiano).

As our tour of Halle, we were back on the bus to complete our trip to Leipzig. Checked into the hotel and we’re given some time to explore the city— as many CYSO students described, it was a beautiful combination of Berlin and Halle. There were many modern shops and malls filling the streets, but also a beautiful touch of cobblestone roads and older decorative architecture.

After many hours traveling and exploring, we made our way to have dinner in the famous Auerbach’s Keller. The restaurant is known as the second oldest in Leipzig, famous for its Saxon specialties. We finished the day with a delicious meal of pork stuffed with vegetables, red cabbage, and German potato dumplings.

Continuing to the next day, we were able to get a tour of the city and learn about Leipzig’s history. The name “Leipzig” comes from the Slavic word “Lipsk,” which refers to the many Linden trees that line the streets of the city. Our guide led us down Leipziger Notenspur_a trail that covers the city’s important musical landmarks. We passed a “sound shower” that poured sounds, giving us the history of Leipzig through the music. Stopping outside the Museum der Bildenden Kunste, we learned how the place originally served as Beethoven’s primary music printer and publisher. We visited a museum dedicated to Johann Sebastian Bach, and saw the strong roots of music in his ancestors and children.

Taking a literal step into the past, we walked up the steps to the preserved home of Felix Mendelssohn Bartholdy. Rooms were filled with information about his life and work as a composer. Old furniture, music, and letters immersed us into the history of Mendelssohn and his family. Notably, the preserved home made a special point to dedicate the second floor to the life and history of Fanny Mendelssohn, the sister of Felix Mendelssohn. Her prodigious musical ability matched that of her brother’s but unfortunately as a woman in her time, she was unable to pursue the same career and recognition for her talent.

Taking time to learn about her overlooked story gave a special insight to the challenges of music at the time. Being able to listen to and play the music of a composer gives a peek into their life, but being able to see their home and learn about them outside of pure composition gave me a newfound appreciation for both the Mendelssohns.

After the tour of Leipzig we took a short bit of time to rest and get a quick bite of food. Looking through the small cafes and local shops, I stopped upon a fun looking ice cream shop with a large variety of flavors. Ice cream in Germany is characterized by perfectly small round scoops on a long and thin wafer cone. Though the decision was tough, I decided on getting a “Paw Patrol” flavor—it was bright blue topped with colorful candies and the perfect treat to end off a long walking tour.

We had a quick lunch right afterwards, and then headed over to our concert hall: the Gewandhaus. Home to Leipzig’s Gewandhaus Orchestra, it was originally constructed in 1781 and has been a prominent hall ever since. Felix Mendelssohn even held the position of Gewandhauskapellmeister (Gewandhaus Music Director) at the Orchestra.

As we entered the historic concert hall, we marveled at the large stand-alone building. The sharp and modern Brutalist architecture contrasted with the ornate Georgian style of Symphony Center back home in Chicago. Though intimidating, it was exciting to be able to play in such an important place.

After finishing our rehearsal, people began to file into seats that surrounded the stage. From shadow tour parents to locals in the city, the hall was nearly full. As we started the first piece, the nerves about playing in the Gewandhaus slowly faded. A beautiful sound filled the space and the concert went off without a hitch!

We were received with a standing ovation, and a loud “Bravo!” from one of the audience members. A few locals even stayed behind to ask about our orchestra.

With one more concert finished, we were energized and ready to head off to Prague! 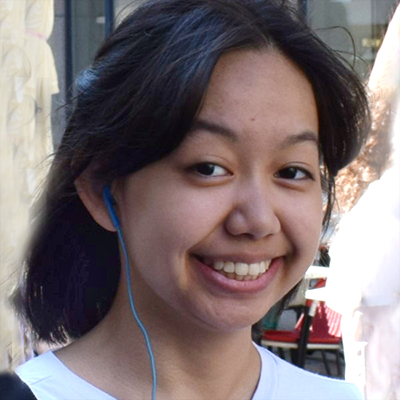 Jessica Chen is a harpist in CYSO’s Symphony Orchestra. She’s a rising senior at Northside College Prep and has been part of CYSO since her freshman year. In her free time she enjoys baking and drawing.