The 2020 CYSO Gala: An American in Paris took place on Saturday, February 8 at the Four Seasons Chicago, celebrating the Gershwin classic and magic of the city of lights. The event broke previous Gala fundraising records, bringing in $480,000 to support CYSO’s music education programming. 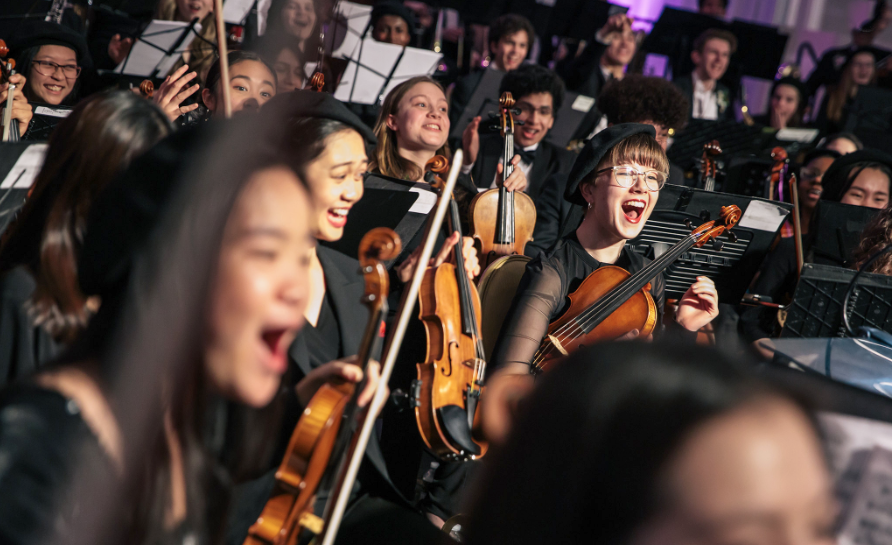 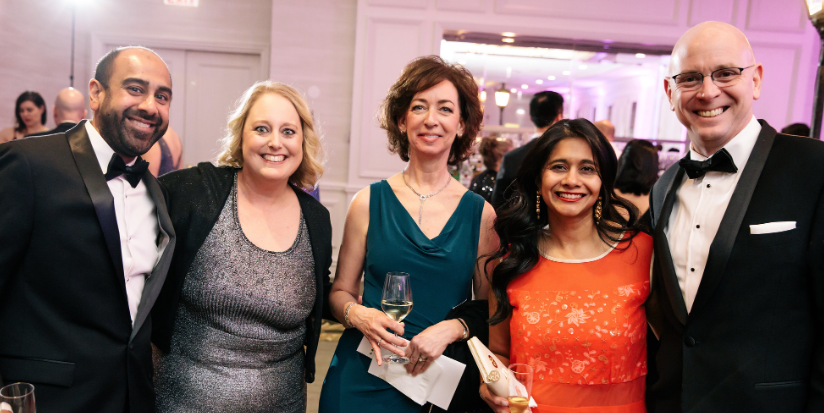 This year’s Gala was attended by more than 325 CYSO supporters. Guests ascended the Four Seasons’ Grand Staircase to the sounds of young Preparatory Strings musicians performing Gershwin’s famous I Got Rhythm and a French-themed medley from Disney’s Ratatouille. A stunning floral photo backdrop made for memorable photos (and provided beautiful aromas!) as guests were welcomed into the lively cocktail hour where they listened to music from Kaiso Steel Orchestra students and a Jazz Orchestra combo. 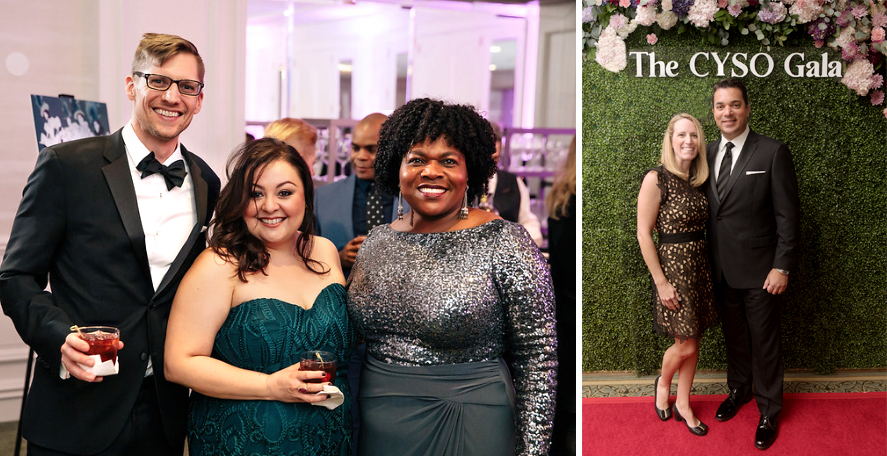 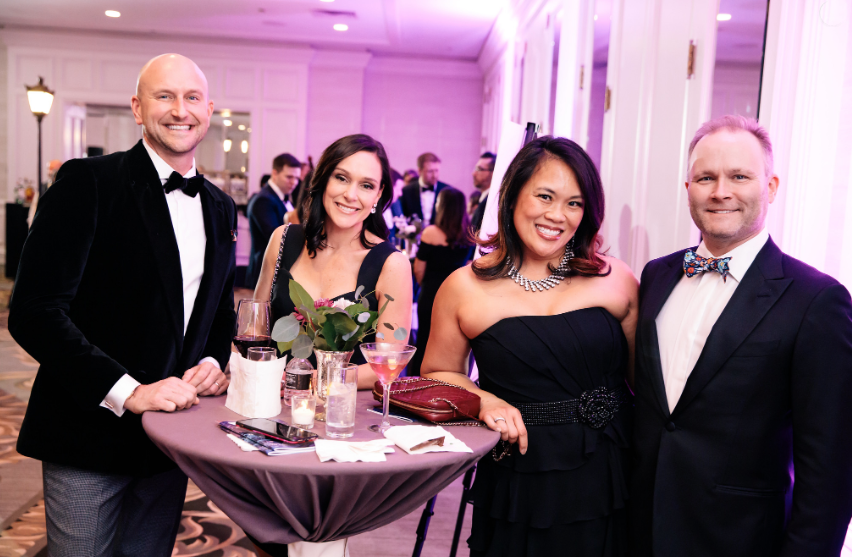 As the doors to the Grand Ballroom opened at 7:00, guests were greeted by Music Director Allen Tinkahm and the 125 members of Symphony Orchestra performing a medley of Gershwin classics. Gala co-chairs Kelly Howe and Brittany Viola welcomed guests. Howe, a parent of two CYSO musicians, and Viola, an alum, spoke about the impact the program has had on both of their lives, and thanked sponsors and guests for attending. WGN-TV anchor Lourdes Duarte reprised her role as emcee for the evening, sharing how impressed she has been with CYSO’s young musicians during her first gala in 2018. 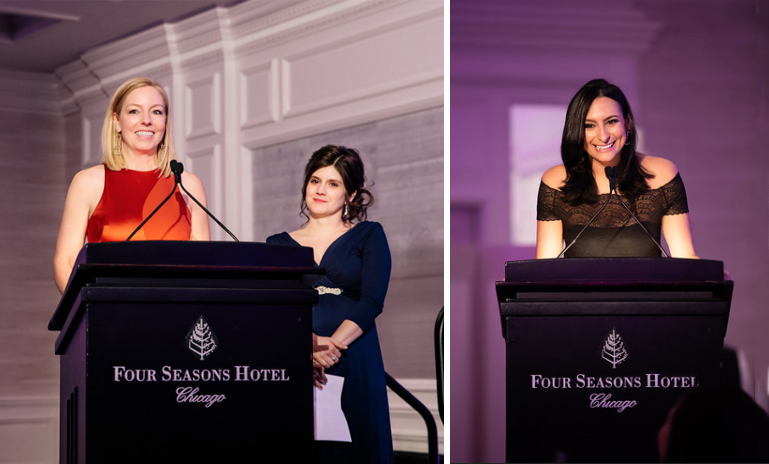 A spirited live auction included a romantic trip to Paris and Prague, catered dinner with live music provided by a CYSO chamber group, and a Bermuda beach retreat, in addition to the opportunity to play the cymbals at CYSO’s fall 2020 Orchestra Hall concert.
We debuted a new video created by Green River Films highlighting the impact CYSO has on young musicians, as described by some of the people who’ve seen it firsthand—our parents. Following the video, Executive Director Susan Lape spoke about CYSO’s financial assistance program, which allows students with financial need to focus on playing music—not paying tuition. A donor appeal raised $164,000 to support both financial assistance and help CYSO keep the cost of our programs affordable for all families. 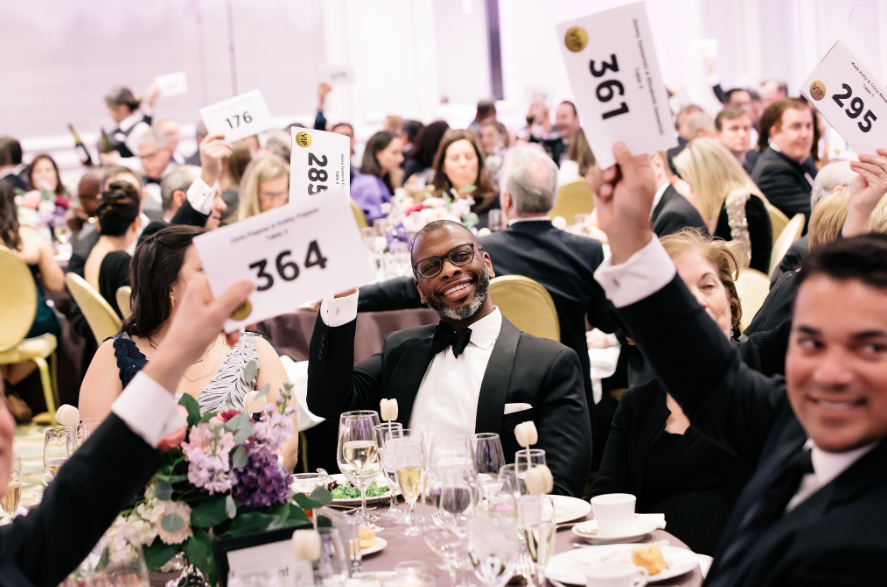 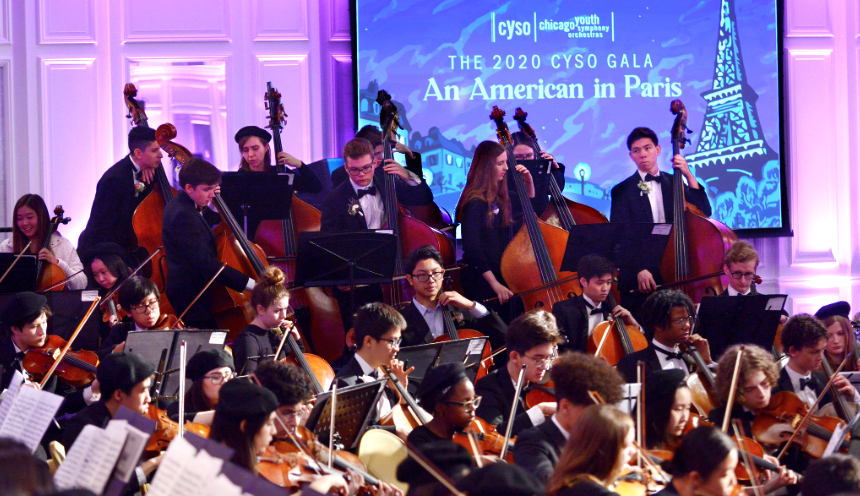 Next, Symphony Orchestra performed Gershwin’s An American in Paris, followed by the presentation of the Note of Excellence Award to Mark Kelly, Commissioner of the Chicago Department of Cultural Affairs and Special Events. In his remarks, Kelly spoke about Chicago as a music capital of the world and DCASE’s celebrations of the Year of Chicago Music throughout 2020. 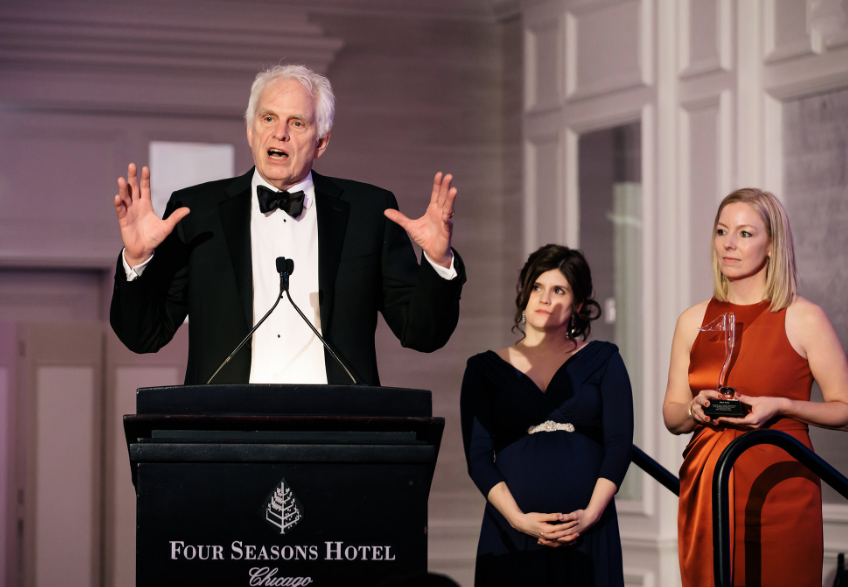 For the evening’s finale, Symphony Orchestra performed three pieces no French-themed event could be without; First up was Debussy’s Claire de lune followed by Edith Piaf’s La vie en rose featuring 2019 Jazz Orchestra alum Isabella Isherwood on vocals. Finally, the orchestra closed the night with a rousing version of Offenbach’s Can-Can, after which guests joined hands and danced off into the night. 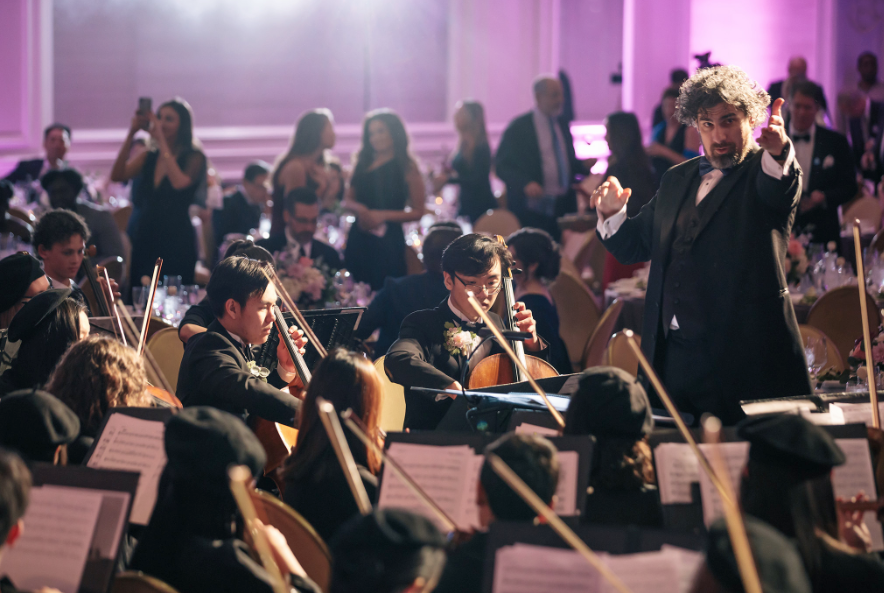 Gala proceeds will benefit more than 8,500 young people and their families from across the Chicago region. Thank you to the many individuals and organizations who supported this year’s gala, our fantastic parent volunteers, and the CYSO musicians who kept us entertained throughout the evening!
View all photos from the event