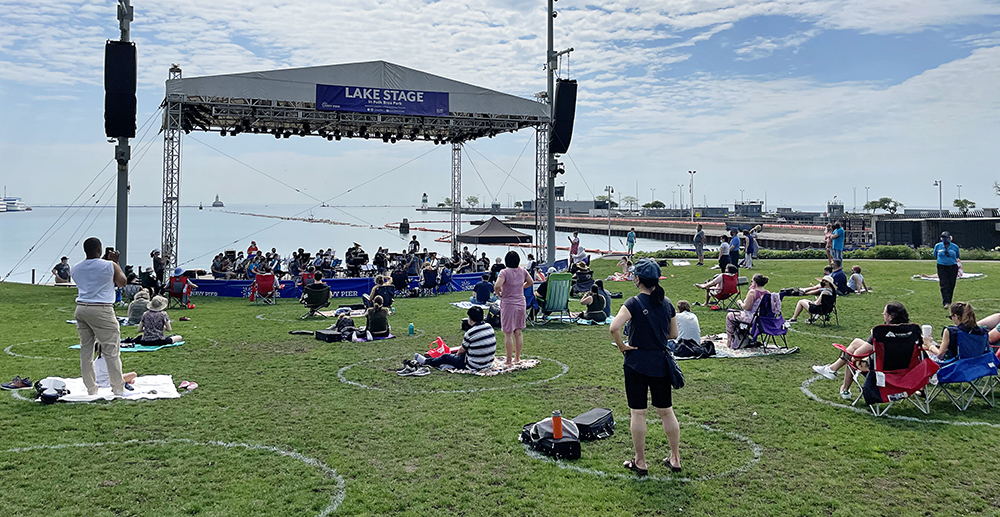 The weather may have been a bit temperamental, but it didn’t stop CYSO musicians from bringing the energy as we celebrated a weekend of performances at Navy Pier! More than 600 students performed 23 separate open rehearsals for CYSO at the Pier, stretching across two stages throughout the day Saturday, May 22 and Sunday, May 23. Cheered on by enthusiastic crowds of parents, friends, and new fans, it was the perfect way to celebrate the entire 2020-2021 season.

The weekend marked CYSO ensembles’ first performances in front of a live audience in over a year since the pandemic forced us to go virtual in March 2020. Students—many of whom hadn’t gotten a chance to sit beside their colleagues all season long—were giddy with excitement about performing together again in the same space, and conductors, staff and even parents felt much the same! Though the larger ensembles still met in smaller pods, the entire CYSO community was so grateful at this step toward normal. 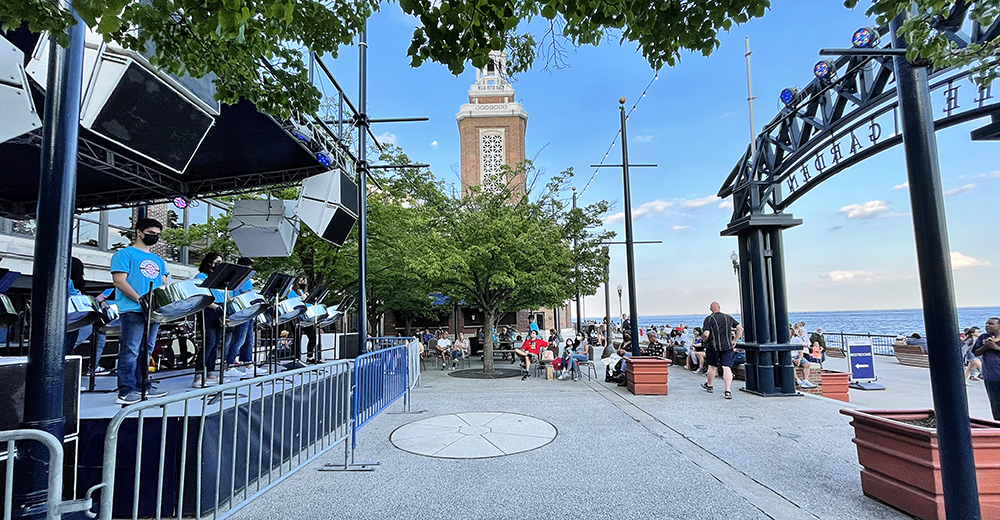 Saturday felt like a true summer day, with the hot sun, cool lake breezes, and a packed Navy Pier. At the Beer Garden Stage, Overture Strings and Preparatory Strings’ pods started out the day, followed by each of our three steelpan ensembles—Groove, Junior, and Kaiso Steel. At the Lake Stage, Debut and Concert Orchestra pods and Accelerando Strings entertained the crowd.

Pictured below, Overture Strings’ Akshara Rajan and Tessa Mele were interviewed by a CBS2 news crew. Watch a clip above, or check out the feature here. 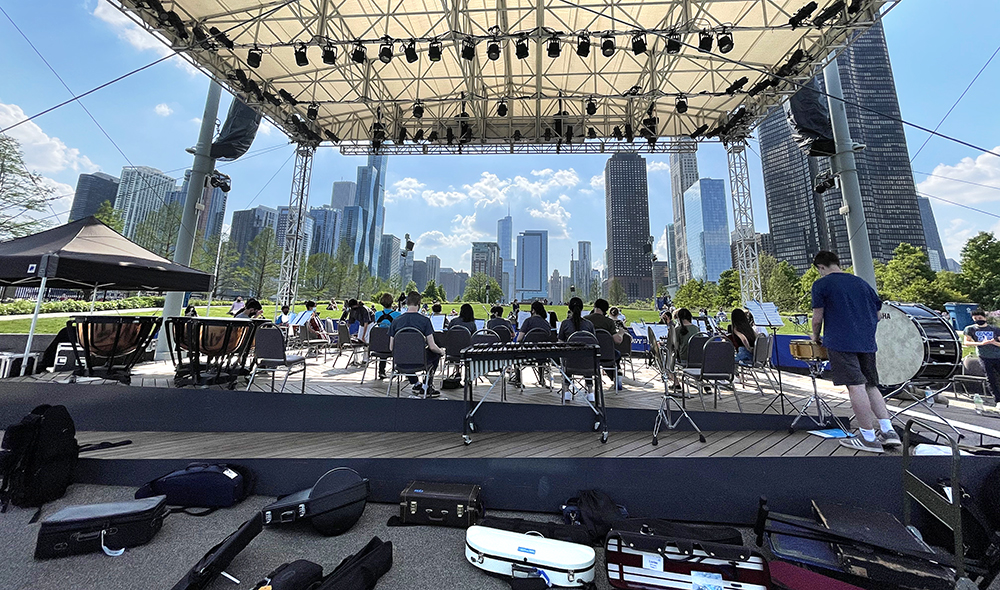 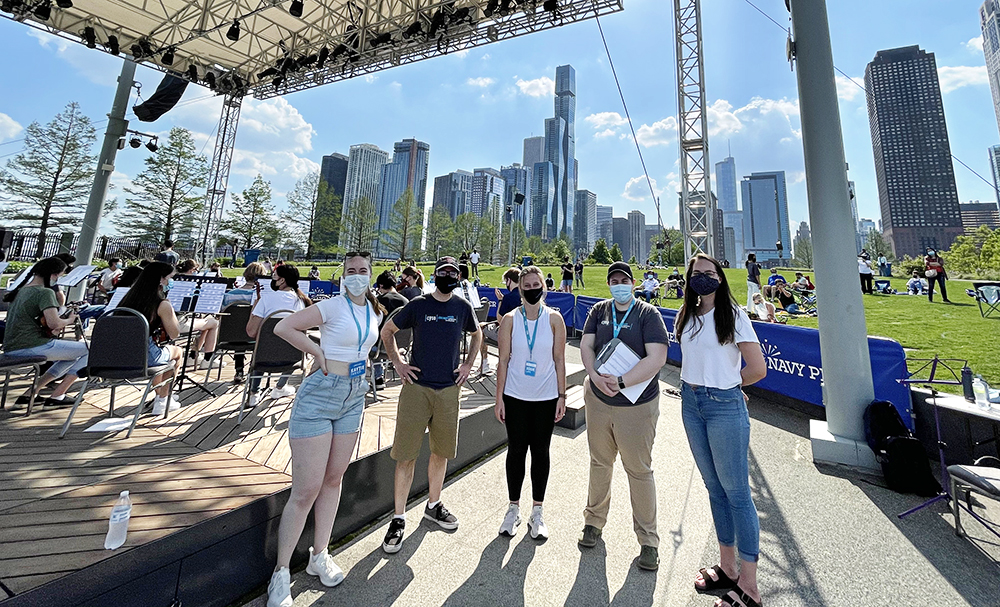 Sunday morning, Chamber Music ensembles took to the Beer Garden Stage while at the Lake Stage, Philharmonic Orchestra pods performed. With clouds rolling in and thunderstorms in the forecast for the afternoon, Jazz Orchestra was relocated inside the Navy Pier ballroom, where they jammed in front of a packed crowd. Symphony Orchestra pods moved to the Fine Arts Building’s Curtiss Hall where each of the three pods played with Maestro Tinkham at the podium. 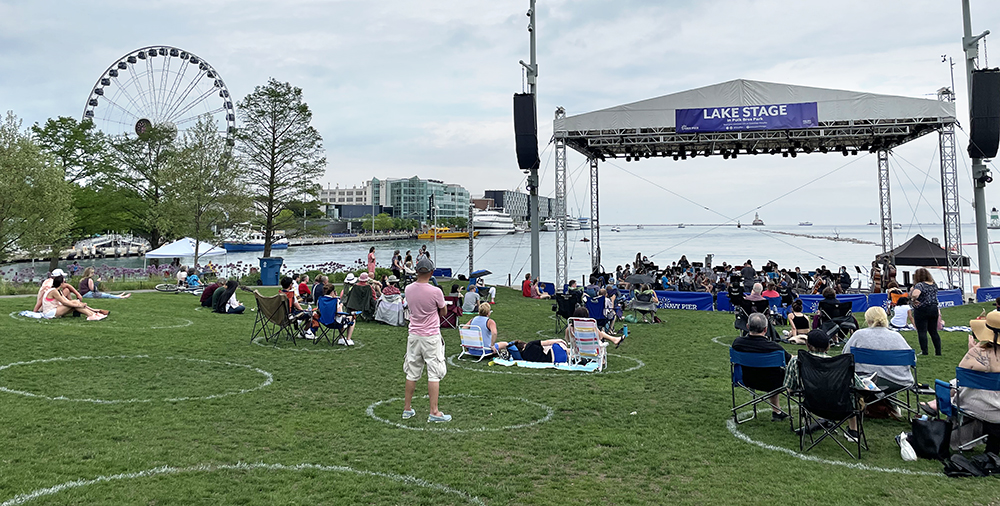 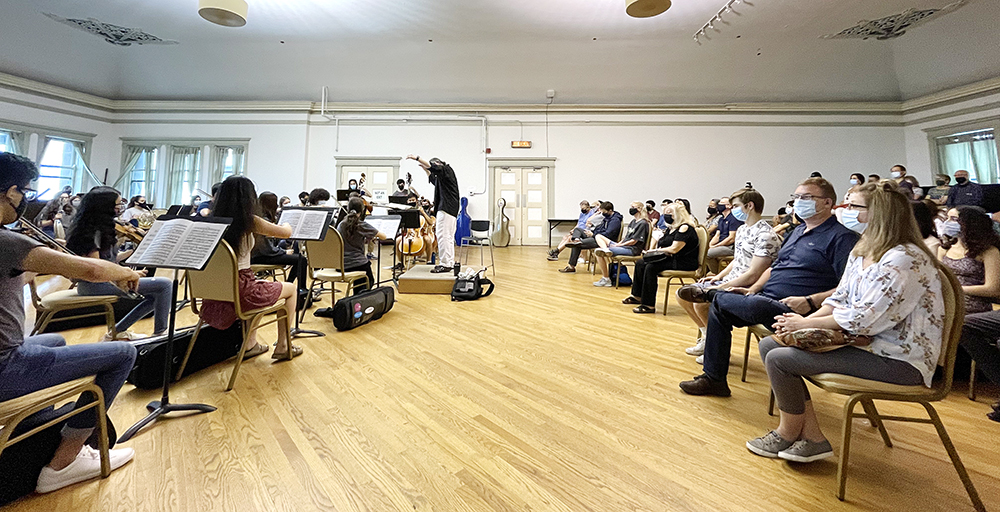 A huge thank you to everyone who joined us for this wonderful send-off of the 2020-2021 season. Check out all the photos from the event here.

We’re looking forward to the upcoming June 12 virtual concerts that officially mark the end of this season, and kicking off CYSO’s upcoming 75th anniversary season in the fall!