Bringing together two veritable Windy City institutions, members of Chicago Youth Symphony Orchestras were featured in this year’s Chicago Bulls holiday video, “A Chicago Bulls Holiday Scrimmage.” This live-action “holiday card” from the team features the team playing a scrimmage during practice while 70 members of Symphony Orchestra line the perimeter of the court playing the holiday classic “Sleigh Ride.”

The Bulls release a holiday video each year, but having a live orchestra playing along with the live scrimmage game was “something…that had never been done before in pro sports,” said Bulls Senior Creative Producer, Josh Kahn. The shoot was particularly challenging for the musicians, as it involved both playing along during the game’s action, and had the orchestra lined up in a non-traditional formation. 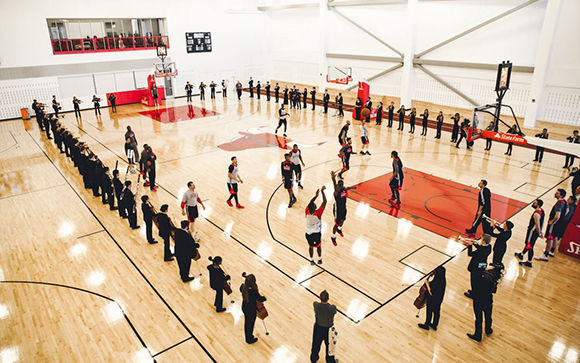 CYSO Executive Director Joshua Simonds said that the staff worked prior to the shoot to determine how the musicians could prepare for such a unique performance. “How do we have them listen to each other, how do we have them play with each other with people running in between them,” Joshua said. “It had to be a lot of feel, had to be a lot of listening. They had to be secure in their music.” 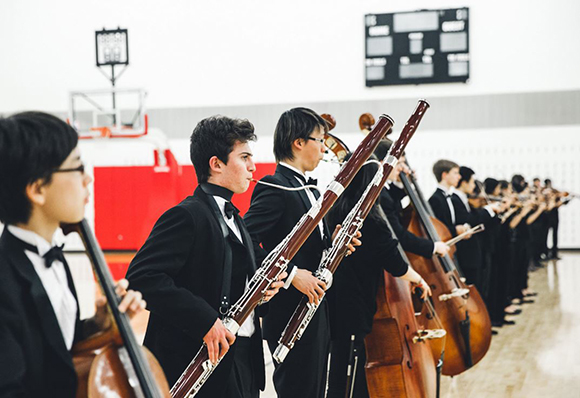 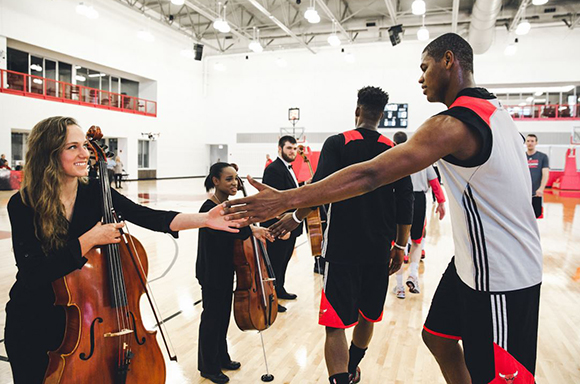 “For them to be able to do their part and play their instrument at the highest level without distraction while the team is practicing really says a lot about Chicago Youth Symphony Orchestras. The players, I think, really respected that. There was a mutual respect between the orchestra players and NBA players,” said Josh Kahn.

For the CYSO members, almost as exciting as participating in the holiday video was actually having the opportunity to meet and interact with the team. “It was amazing seeing how nice they were, how genuine they were,” said violinist Spencer Metcalf.

And for the Bulls players, the feeling seemed to be mutual. Bulls’ Center-Forward Pau Gasol said, “It was nice to have all these talented teenagers playing beautiful music. In a way, I kind of wanted to sit down and just listen and enjoy the music.”

Guard-Forward Jimmy Butler was so impressed with the performance, he predicted, “Maybe next time you’ll see me with the French horn.” 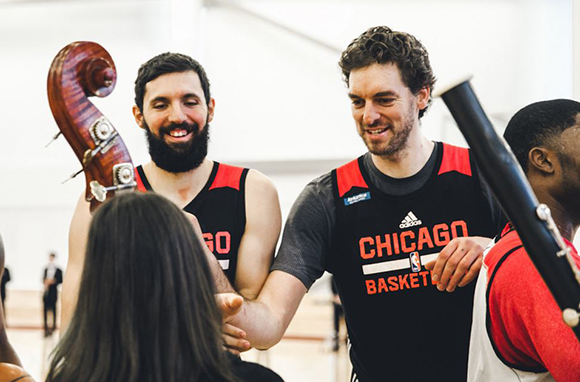 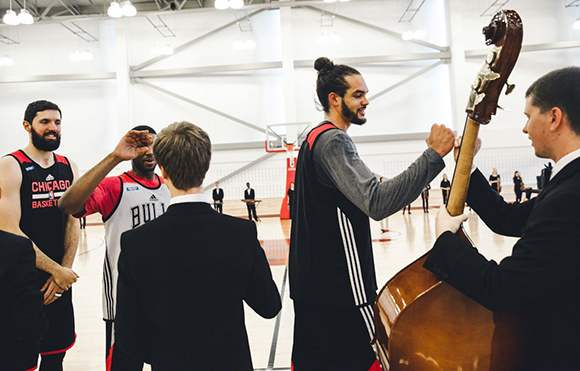 CYSO’s relationship with the Bulls began when students performed at the team’s 2014 season home opener. CYSO will again be featured by the Bulls again on December 21st in a performance of the national anthem and selection of holiday music at halftime.

Check out the video on the Bulls page to see full behind the scenes photo gallery from the shoot.