After the hustle of Berlin and the charm of Leipzig, we set off again, this time for Prague. Violist Hannah Thill wrote about exploring the city and the experience performing in the same hall that Dvořák himself conducted in.

After an exhilarating concert at the Gewandhaus the night before, we prepared for another day with breakfast in Leipzig before driving to our next stop.

On the way to Prague, we took a quick detour to Terezin, a former World War II concentration camp. The importance of this tragic history was heavy in our hearts as we stood in solitary confinement cells and heard of the horrific conditions prisoners were forced into. My peers and I have spent our entire lives learning about the Holocaust, but visiting an area that contained these tragedies was a moving experience. It brought awareness to the dangers that discrimination can bring and how important it is to continue fighting for social justice.

Returning to the hotel, we had some free time before a joint dinner with the Shadow Tour travelers at Restaurant Plzenska, situated in the center of Prague’s main square. To arrive at the restaurant, we walked across the Moldau (known to the Czech as the Vltava), the river that inspired a work by the famed Czech composer Bedřich Smetana! We ate a traditional Czech meal that consisted of soup, pork with gravy and potatoes, and a cake with cranberry sauce.

The following morning, we prepared for a long day. We would embark on a half-day of sightseeing before performing in the concert hall that previously housed Dvořák as its music director: the Rudolfinum!

During our sightseeing tour we first explored the Prague Castle. This incredible castle was built in the 9th century (over 1,000 years ago!) and is the largest in the world. It also holds a large collection of important musical artifacts, including original manuscripts to works such as Beethoven’s Third Symphony and a cello crafted by the famed Cremonese instrument maker, Andrea Guarneri.

We walked across the Charles Bridge to get back to Prague’s Old Town Square, which holds the Prague Astronomical Clock and arrived just got back in time to hear it ring on the hour! In our free time before lunch at Restaurant Kolkovna Celnice, I explored the Old Town Square with friends and ordered gelato from a local shop.

Finally, it was time for us to rehearse and perform at the Rudolfinum. This hall was vastly contrasting to the Gewandhaus where we played two days prior. While the Gewandhaus was modern and contained sharp lines, the Rudolfinum was ornate with towering marble pillars and shining chandeliers. Before rehearsing, Maestro Tinkham reminded us of the deep history of this hall. Dvořák was the music director and premiered many of his works here, including arguably his most famous piece, Symphony no. 9, “From the New World”. Picturing the famed composer in the hall while rehearsing was powerful and pushed everybody to play their best.

When the audience finally filed in, we were ready to perform our best concert yet. The energy in the room was palpable, and we used it to soar through Barber’s Second Essay, play Walker’s Lyric for Strings with heart and emotion, and execute every technical aspect of Rands’ Aura. After intermission, we returned to perform Mahler’s First Symphony and after, were met with several standing ovations between every encore piece.

Though we shared fun times and adventures in Prague, we were also saddened by the news of Maestro Terrance Gray’s passing. Prior to our rehearsal, Maestro Tinkham delivered the devastating news to the orchestra, and we all turned to each other in this difficult time. Throughout the day, we comforted one another, sharing laughs and tears while reflecting on the countless memories many of us had with Maestro Gray. Though I never personally had Maestro Gray as a conductor, I could feel the immense impact he left on CYSO and every student that he had inspired and mentored. The Rudolfinum performance was dedicated to Maestro Gray, and we performed with him in our thoughts. The weight of his passing made the concert at the Rudolfinum all the more of an emotional experience for the orchestra.

We returned to the hotel to get some much-needed sleep. Our final stop would be Vienna and the Golden Hall of Musikverein!

Thank you to Austin Moy and Josh Villanoy for editing help on this post. 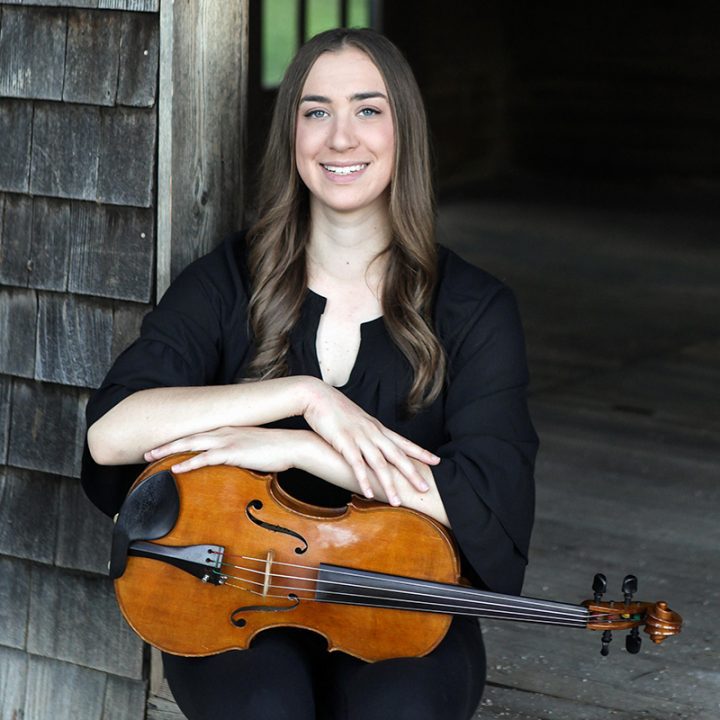 Hannah Thill is a graduating senior and a violist in CYSO’s Symphony Orchestra. Outside of the viola, she loves spending time with family and friends, being outdoors, and learning all about the orchestral world.