Early on the morning of December 5, five dedicated Kaiso Steel Orchestra students (and one Steel alum!) converged at the Fine Arts Building for a very early 5:00 am call time.  The students made their way to the 8th floor where they met Scott McConnell, CYSO Steel Orchestras Director, and did a few practice runs on a handful of songs before, just a few minutes later, a camera crew arrived. Just after 6:00 am, Kaiso players went live on WCIU’s morning show, The Jam!

Host Carly Henderson was on site that morning to try her hand at the steelpan for a piece called “Carly Can/Carly Can’t.” In it, the show hosts in the studio vote on whether they think Carly can do the task she’s trying that morning. The vote of steelpan was split 1-3, but in the end Carly showed a lot of steel talent, playing along with the students for a rendition of Jingle Bells. 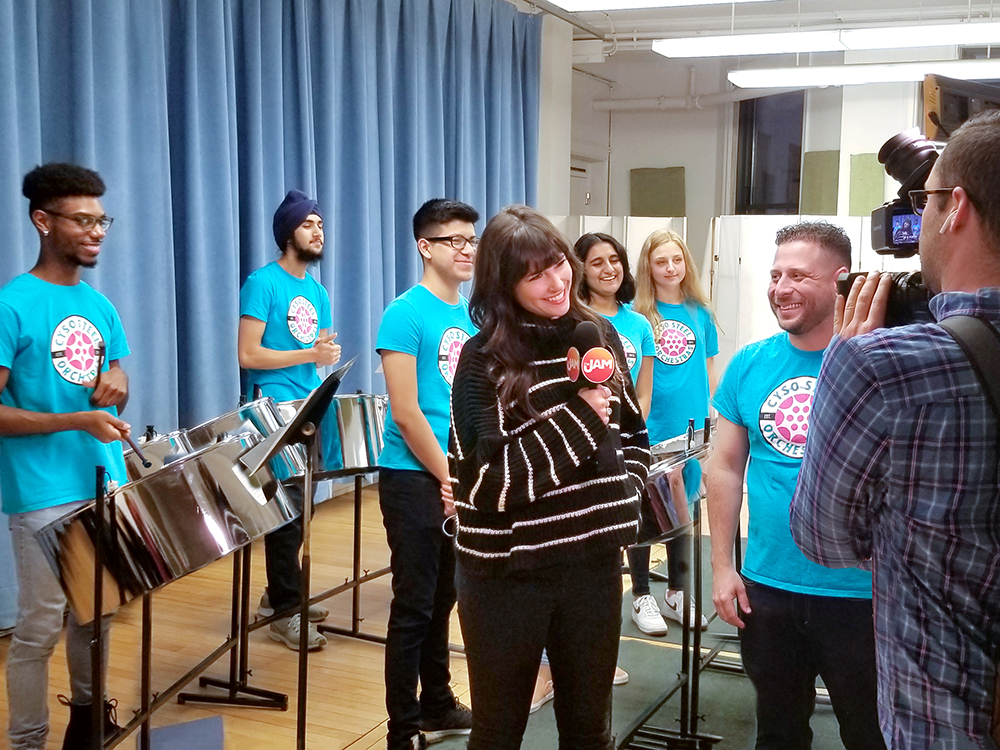 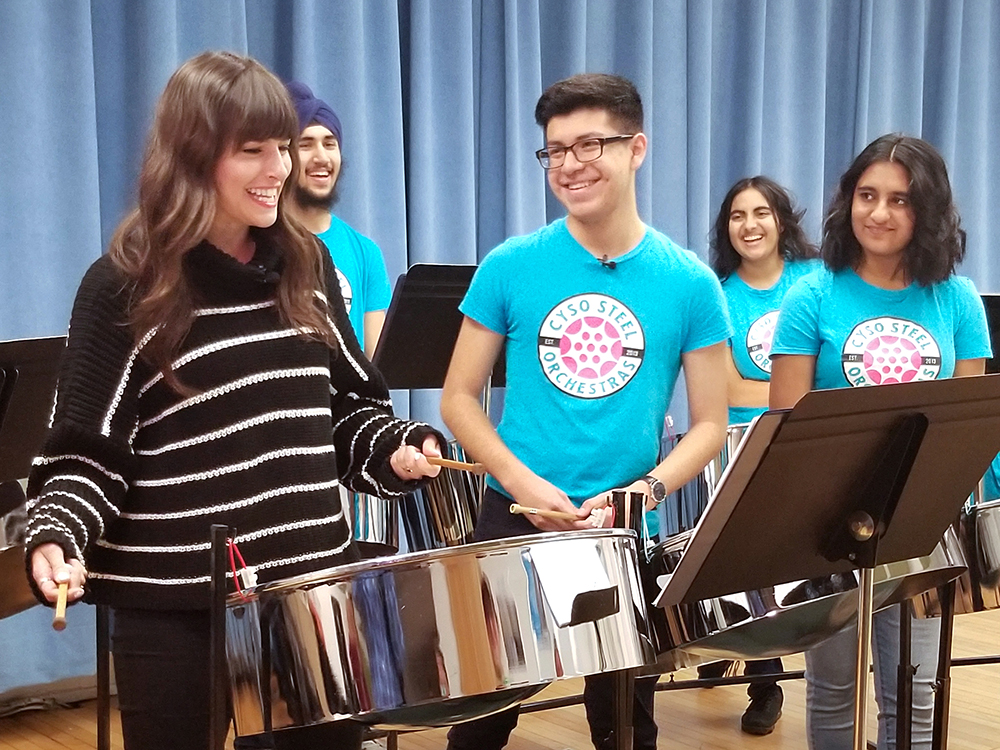 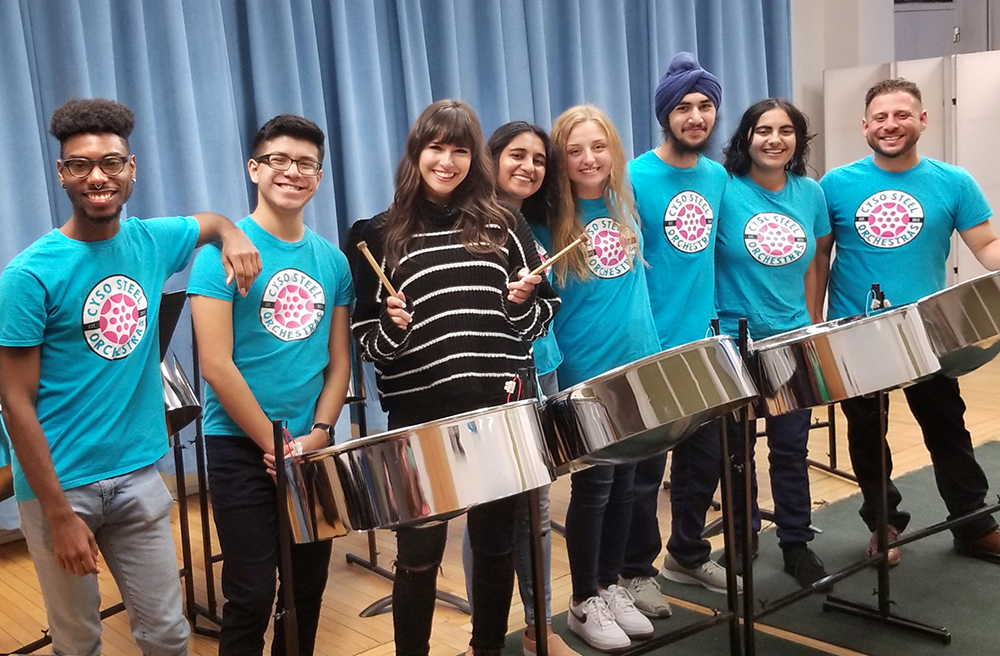 Thanks to Carly and crew and The Jam for the great feature on our amazing steel orchestra students. And a huge thank you as well to the musicians—Jonathan Alday, Kate Austin, Arushi Krishnan, Tish Krishnan, Taig Singh, and CYSO alum Fred McClure—and families who took time out of their weekday to join us for this very early morning opportunity!